Skip to main content
Vanda Moore is a Thai-American college student from Kentucky. She is majoring in Classics at the University of Kentucky and hopes to pursue a masters degree in Southeast Asian Studies. Over the summer of 2014, from June to July, she studied abroad at Chiang Mai University through The Education Abroad Network. 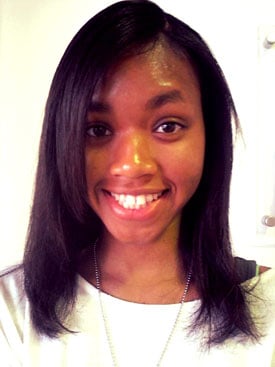 Vanda: When I attended my university's study abroad fair, TEAN was the only organization that offered a summer program for Thailand--versus the two other organizations there that only offered full semester programs. On top of that, the other two only had programs that were focused more on STEM majors; I am a humanities major and TEAN offered a wider variation of classes that I could use for both my major and my general requirements.

At the time I was in a situation where I might not graduate on time unless I take summer classes, and so I picked TEAN because they offered a summer program in Thailand--which I visit every summer with my mother anyway. It was convenient and beneficial to me both as a student and Thai citizen, since the classes I took helped me learn more about my culture whilst fulfilling academic requirements.

Vanda: I grew up speaking Thai because of my mother and I learned how to read and write it in 5th grade, so I did not experience much of a language barrier. There are a lot of words I do not know, however. I am fluent in the language in terms of being conversational and I do not need help getting around, but I do not know big words that are used, say, in academia or official documents, things like that.

But thankfully, usage of those words aren't really needed. The perk of going abroad to Thailand is that I learned new words, of course. For example, I learned how to finally say 'internship' because locals kept asking me if that was what I was in Chiang Mai for. 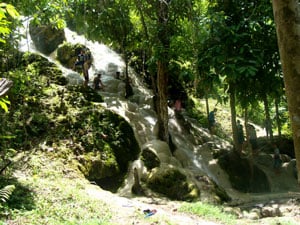 Vanda: Personally speaking, this experience helped me learn more about my culture, language, religion, and history. I never had the opportunity to learn much on Thailand before since it's hard to find classes for that in university (the focus of Asian studies, from my experience, seems to generally fall to China and Japan). I enjoyed that very much, I like being able to be informed on my background.

Academically, this experience as inspired me to want to pursue South East Asian Studies as a potential graduate degree. There's many more things regarding Thailand's history and society that I would like to explore, if not as a SEA student than as a Cultural Anthropology student with an emphasis on Southeast Asia.

Vanda: There are two things I always, always have to eat in Thailand because either I never find it in America or it's not made the same. The first being green papaya salad (I've also heard people call it Thai salad), also known as Som Tum (ส้มตำ). It's brilliant and iconic and awesome, and I highly suggest it. It's not like an American salad at all so think of it as such, just google a picture!

There's multiple kinds, my favorite is the traditional kind that has peanuts and dried shrimp. Another thing I enjoy is this chicken and rice dish, I'm not really sure what it's called in English but in Thai it is called Khao Man Gai (ข้าวมันไก่). The rice is oiled and there is a special sauce made for the chicken, and this is served with a soup on the side that is to die for. 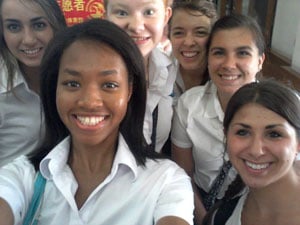 Vanda: Bring an umbrella. Many students from my program failed to bring an umbrella and had to buy new ones in our host country. Granted, things in Thailand are not expensive so an umbrella was probably less than a dollar. But just know that during the summer it is the rainy season in Thailand, and it rains a lot in the northern region of the country--which is where Chiang Mai is located.

Literally you could be walking down the street and it will just randomly start pouring for a good ten minutes then stop. For the most part, the weather is enjoyable (albeit extremely hot), but just be aware of the rain.