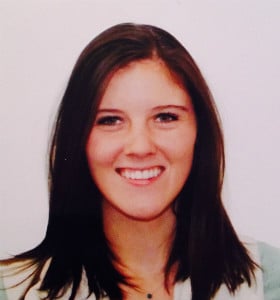 Brittany: Brittany Watson is an International Studies major, concentrating in Asian Studies completing a minor in Hospitality and Tourism. She currently studies at the College of Charleston, and is going into her senior year. Before College of Charleston Brittany went to school in Pennsylvania but prior to that she grew up in Ontario, Canada.

Brittany: That I have so much more to learn. I like to consider myself a well travelled individual, I have been lucky enough to visit 29 countries in 3 continents. Traveling to Thailand, and Asia for the first time showed me a completely different part of the world, one which I had been studying for 3 years.

What I learned is that first hand experience is the best form of knowledge and that I want to continue to travel and see as much of the world as possible.

Brittany: As cliché as it is, I always say "DO IT, It was one the best things I ever did". I used to roll my eyes when I would hear people describe study abroad this way but its the truth. Traveling to a country is awesome, it really is, but to live in another country, that is amazing. My views of the world were altered after spending 4.5 months in Thailand.

You learn so much about the world, other people, but really you learn a lot about yourself. For me, I never wanted to wake up and think, "darn I really should have studied abroad". I turned something that I'm sure would have been my biggest regret, into my best decision. 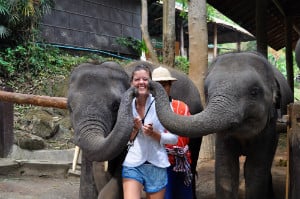 Brittany: Going abroad is easy, you pack your suitcase, hop on a plane with some movies and snacks, once you get there your first couple weeks, or even months are so exciting and new. I would say the hard part of study abroad is when you start to settle into a routine and it dawns on you that your time abroad isn't a vacation, you are truly living in another country.

Brittany: Honestly, Every day in Chiang Mai, studying at Chiang Mai University was an experience I never would have had at home. A lot of people, myself included have this fear of missing out on things back home if they choose to study abroad. I don't feel that I missed out at all, in fact I believe quite the opposite.

Everyday I had at least 10 experiences/encounters that I would not have in the USA. From wearing a uniform to class, buying street food, giving alms to a monk, practicing Thai with a friend. They were all such valuable, small experiences that made my trip special, and none of them I could have experienced without TEAN (The Education Abroad Network). 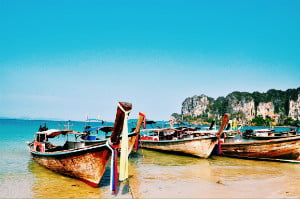 Brittany: Make a list of all the things you want to do while abroad and then do them. When you first get abroad you feel like you have all the time in the world to see the sights and get everything you want to do accomplished, but then before you know it, its your last week and you are running around like crazy trying to fit everything in, at least thats how it was for me haha. Make a list and try to cross a few things off every week.

Also on a side note, buy things you want as you see them. I left a lot of my shopping to the last minute, thinking I would be able to get it all later. It would have been a lot easier for me to buy things as I saw them and I would have gotten all the things I wanted. It was hard to re-find everything again and a lot of it I couldn't. So it you see something you love, buy it!