Skip to main content
Emily Watkins attended university of Otago from Mid-June to Mid-November in 2013. She is from the San Francisco Bay Area and is now a senior at Occidental College in Los Angeles. She is the President of Colleges Against Cancer and a member of the Varsity swim team. She loves the adventure and the unknown that comes along with traveling. 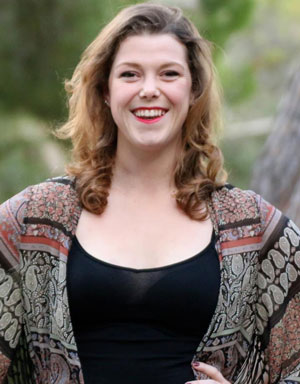 Emily: On my way to the airport to head off to New Zealand, my dad asked me if I knew that there are Māori tattoos. Although I was a bit confused at first, while abroad, I kept his comment in mind. On one of the first nights with the Arcadia group, we went to a Māori village and I learned a little bit about the significance of their tattoos. I spent the next few months trying to figure out if I wanted one. Ultimately, I gave in. I took the six-hour bus ride from Dunedin to Christchurch to get what is hands down my most meaningful souvenir. The thirty minutes of extreme pain will be a reminder of the people and places I fell in love with during my five months abroad. New Zealand is now a part of me.

Emily: Arcadia was an amazing program to be a part of. The first week we spent wandering around the North Island learning about different aspects of Kiwi life and New Zealand history. I loved how everyone in the program became a close family before we were separated into different flats in Dunedin. The time we spent together allowed me to get to know people on a more personal level and I ended up meeting one of my, now, best friends who is also named Emily. Even when the school year started, it was obvious that our program did not forget us. We had a weekend trip to Queenstown, a rugby game, cooking parties and sports nights. I also knew that I could always call Dee or Jane if anything happened. I am so thankful for my Arcadia family.

Emily: My main goal while going abroad was to really branch out and get to know Kiwis rather than stick with the Americans. I have to admit; it was a bit of a challenge at first. The Kiwis knew what was going on and I got lost just walking to my class that was right now the street. Luckily, I eventually branched out and asked people at the Crossfit gym if they wanted to have dinner with me. That night changed my life. Suddenly, they became the people I would talk to everyday. I think I spent more time at my friend Emma’s flat than I did in my own. Catrina, Olivia, and Emma became the girls who truly helped me understand the magic of New Zealand. I am so thankful that I put myself out there because they are the reason I loved my experience so much. 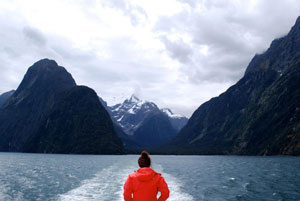 Emily: This experience has been constantly in the back of my head as I prepare to graduate college and enter the next chapter of my life. When I was abroad, I was happy all the time! I woke up, and even though it was freezing, I would hop out of bed excited to figure out what the day would bring. This is exactly how I want to live life. I do not plan to pick a job for the money but instead for the happiness it will bring me. Money can only give you so much; happiness with your life, friends, family, and surroundings is priceless.

The University of Otago is New Zealand’s oldest university. The high concentration of students endows the city with more cultural and social events than other cities its size. The vast majority of international students live in university-managed flats right off campus. Otago strives to place one...