Skip to main content
Hey all, I'm a senior at the College of William & Mary in Virginia, studying Marketing and Economics. I grew up in the Washington, D.C. area and will be moving to Korea after graduation to teach English. 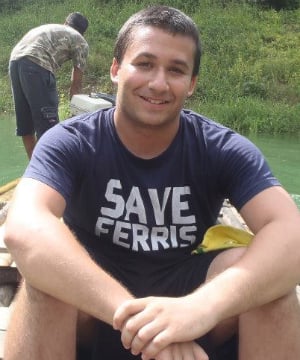 Ethan: I had only been on one real international trip before (besides a brief stint in Montreal), so I wasn't particularly comfortable going abroad independently. I decided to take an organized trip, but because I was doing that, I wanted to go somewhere that was totally off my radar (i.e. outside of the OECD/Europe). This trip seemed to have a really positive spirit and variety of activities compared to many others.

Ethan: Don't try too hard to be moved. I think a lot of people (myself included, although I learned quickly) go into a trip already having planned to be "moved" or "inspired" by the things they see. Those who do this tend to do things like use the word "they" to make sweeping generalizations about all people in a country in order to force a learned lesson into a photo posted on Facebook. Instead, enjoy yourself and let things come to you. If you try too hard to learn lessons that aren't really there, you may end up looking like a bit of a fool later when it turns out it was based on a misunderstanding. 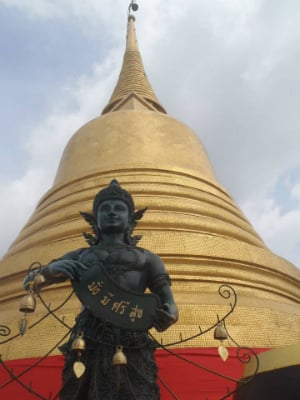 Ethan: One of the activity highlights of the trip was spending a week at Elephant Nature Park in the Chiang Mai region. This converted me from someone with only passive interest in animal rights to a passionate supporter. For lack of a better term, getting to watch the elephants for a week continuously really humanized them, bringing the gap between humans and other animals much closer in my head.

This opportunity, which was definitely unique to Thailand, has since lead to my becoming a vegetarian, as well as pushing my school to cut elephant riding from its study abroad programs in India and Southeast Asia.

Ethan: The only difficult thing about going abroad is managing relationships with people with whom one is traveling. It can be very difficult to find a group of people who share the same interests and desires surrounding travel, so when selecting a program or even just personal friends to travel with, make sure that they share your values and interests. 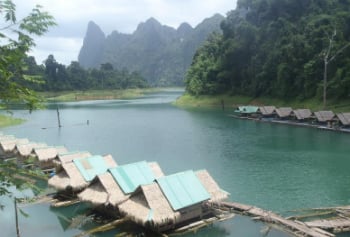 Ethan: As mentioned before, this trip really fundamentally changed the direction of my life. I learned to be much more culturally aware and careful about making assumptions, and to impose my norms and assumptions as little as possible. More importantly, it allowed me to begin to pursue the opportunity to live abroad and in ways less traditional than office jobs, as this trip gave me the confidence to travel anywhere in the world independently and pursue my desires.

Experience the exotic and varied landscapes, tastes, wildlife and culture of Thailand. Be inspired by the magnificent and majestic elephants you will get to know and cherish while participating in conservation volunteer work at the award-winning Elephant Nature Foundation. Explore the bustling...