Skip to main content
Born and raised in the UK, Ghazaleh Golpira, 25, graduated from Royal Holloway, University of London in 2012 with a degree in French and Spanish. Since then, she has embarked upon a career in film development, writing novel and script reports to determine their marketable potential for screen adaptations. In her free time, she enjoys traveling and producing her own film projects. 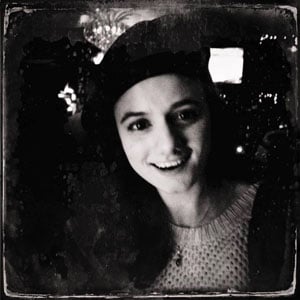 Did you run into a language barrier? Did you ever think you knew more or less of the language?

Ghaz: I didn't run into a language barrier as such, but having already spent six months of my Erasmus year abroad in Paris, my mind was full of French idioms by the time I arrived in Valencia. However, I didn't let it phase me.

Ghaz: There are various aspects of the Euroace program which drew my attention to them. I was originally enticed by the versatility of their internships on offer and the excellent quality of teaching provided by their friendly professors and customized Spanish lessons, before becoming completely enthralled by their stimulating schedule of social and cultural activities.

From weekly language exchanges with fellow interns and locals, to kayaking and canyoning amidst some of the province's most scenic and breathtaking landscapes, I knew that this experience with Euroace was sure to immerse me both culturally and linguistically into the Spanish way of life. 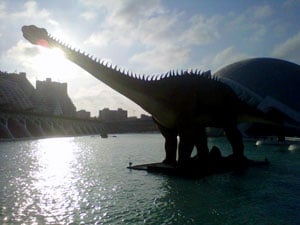 Instead, I embraced this opportunity to speak as much Spanish as possible in order to ensure that I would perform to the utmost of my ability in my final year university oral examinations. Luckily, Spanish people are very warm and accommodating, as well as being a helping hand to any questions that I may have had, so, thanks to Euroace and their peers, my transition into the Spanish lifestyle was a very smooth one and I was made to feel at home from the moment I set foot at the airport.

Ghaz: Although there are quite a few scrumptious dishes to be tasted in Spain, my favourite one would have to be the Valencian paella, or 'paella Valenciana' as the Spanish call it.

This Valencian rice stew which originates from the 'Albufera' lagoon on the east coast of Spain, consists of white rice, green vegetables, meat, beans and seasoning, such as saffron, rosemary and lemon. Known as the country's (if not the city's) signature dish, paella is usually eaten on Sundays, at gatherings and during the festival of 'Fallas'. 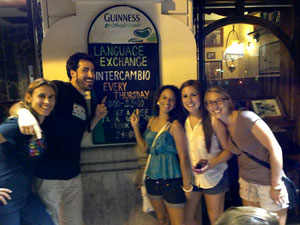 Ghaz: My program definitely shaped me as a person. It fueled my passion for Spain and the Spanish culture, opened my mind to the country's ample supply of historical heritage, and put me in contact with some of the loveliest people I could have ever met.

My experience has profoundly developed my interest in Spanish and European cinema, so much so that I would one day like to pursue my postgraduate studies here in Spain. Thanks to Euroace for such a wonderful and inspiring adventure!

Are you looking for a program where you can improve your Spanish while learning all about Spanish culture at the same time? Our Spanish Language Immersion program gives you the opportunity to come to Valencia and fully immerse yourself in the Spanish culture. This unique program provides Spanish...