Skip to main content
Brad is a geography major who graduated from BYU. While working in DC for a few years, he learned a few things about himself, developed a deep love of '80s music, and decided to try a new adventure. He's currently teaching English in South Korea. 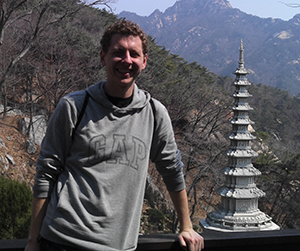 I had gone the hagwon route last year. While it wasn’t a negative experience, I felt like I wanted a work experience that would allow me the time to get out and experience Korea a bit more. From what I had heard, working in a public school would allow me to do this. I contacted one of the fantastic recruiters at Korvia Consulting, who recommended that I apply to GEPIK (Gyeonggi English Program in Korea).

Since I was already living in Korea, the application process was fairly simple. A big plus was that I knew of a few people who had been hired through GEPIK, and they had positive reviews about their experiences. Additionally, for me, GEPIK was a great fit because I wanted to be close to Seoul while also having some distance from the bustling city scene. 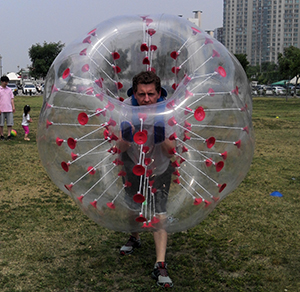 I encourage it, because it’s a great opportunity to gain new perspective. I know that’s a cliché, but it’s amazing to observe how eating out, using public transportation, or interacting with others is so different from the West. I especially encourage it if they ask about Korea, because then there’s a higher chance of meeting up with them and going to a noraebang (Korean for singing room) together.

That said, I also talk about some of the challenges that I’ve faced being here. For me, the positives have outweighed the negatives, but I try to give as complete of a picture as I can. There is risk involved with moving abroad, but there’s also a risk involved with moving domestically…heck, there’s risk in staying where you are! When people ask me about moving abroad, I sense that it’s because they have an itch for something new. Again, I encourage people to follow that.

For me, the hardest thing about living abroad has been maintaining old friendships while creating a new social circle. Before moving here, I had a very tight knit group of friends. We would laugh about ridiculous inside jokes, and we were comfortable talking about obstacles that we were facing in this crazy thing called life.

Thankfully, I’ve been able to find time to Skype with friends, but it’s definitely not the same as eating kettle corn and playing games together. Finding friends in another country can be challenging, but that can be a challenge even if all you do is move to a neighboring city…I suppose one thing that makes it challenging here is that, growing up, I was used to meeting friends in their homes, or having them come to my home.

In Korea, space is pretty limited, so people meet in cafes or bars instead. For me, that’s not quite the same, and it’s still taking a bit of adjusting. 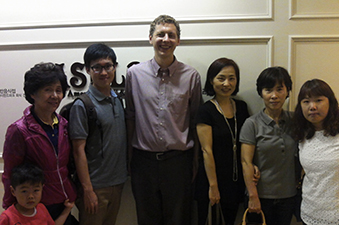 Well, there are many. I’ll tell one of the stories that seems to come up more often. Last year, I was teaching adults, and we spent part of our class time practicing conversation. The topic of the day was physical beauty, a hot topic here in Korea. Eventually, the conversation led to plastic surgery.

At some point in the conversation, one sweet older woman said, “Before my two daughters had plastic surgery, they were ugly. But now, they are so-so.” I was blindsided by this, but no one else seemed to bat an eye. I couldn’t believe she was saying this about her own children! It definitely highlighted a cultural difference for me, because when I would tell the story to friends back home, they thought it was hysterical (so did I).