Skip to main content
She is from Dublin, Ireland, and is a lecturer in archaeology, currently working in the School of Archaeology, University College Dublin. She has a combined research interest having studied the archaeology of both Greece and Ireland for the past twenty years. 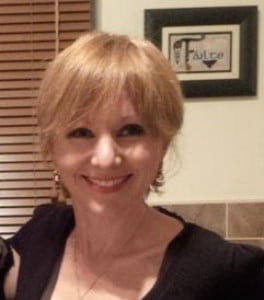 I was asked to go to Beijing to deliver a module on Irish culture to 220 first year students at the Beijing-Dublin International College at the Beijing University of Technology. At first, I thought "what!" and then one Sunday my mom said "you just have to go, when will you ever get a chance to work in Beijing".

And I signed up. I was based on the Beijing campus for the months of March, May and early June. Actually, I learned since that I am the third generation of women in my family to spend time in Beijing.

Hhhmmmm I don't know, the people from Beijing were very polite and very patient, I probably wish someone had told me to relax before I left and that I was going to have a ball. Just out of interest, I probably should have read up more on the history before I went, as it is endlessly fascinating, but you can do that when you get back too. The college were very organized on my behalf, so I was well prepared in a practical sense.

That the people in Beijing were the friendliest I have ever met! I have never felt so at home anywhere (now I wasn't expecting that). Oh and Revolution do great cocktails ... and that I could happily live on dumplings (jiaozi specifically) for the rest of my life.

I always tell people that my biggest culture shock when I travel is that I am always shocked by similarities : we all laugh, regardless of nationality or ethnicity, at little things, we are all afraid of scorpions. We are happy when we are eating good food, we all fall in love and love our families, its not that complicated and you see it everywhere. Traveling brings us closer, you have to do it.

That I didn't leave time to travel within China, next time!

I had a few funny stories from Beijing, but I really enjoyed the weird conversations on the metro, which were usually sparked up because my notes from my Mandarin class were written in both pinyin and Chinese characters and were printed out front and back. So usually someone would start reading the work and ask me to say something which was always amusing.

So I would end up saying something like "at the next traffic light, turn right" and everyone would be thrilled with me and laugh uncontrollably. I remember one Chinese guy turning to me in perfect New York English and saying "do you know what she is saying to me?" and I laughed and said "seriously, of all people, you are asking me?" (I was the only foreigner on the train). We were crying laughing. 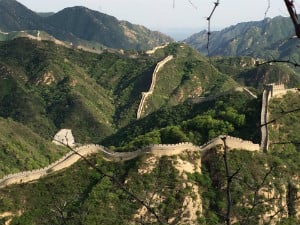 I don't know, I seemed to be a novelty in Beijing, which I really enjoyed (I am not so much of a novelty elsewhere). So I enjoyed little kids waving at me and getting excited when they saw me, and their mortified parents telling them to stop it through gritted teeth and stiff smiles. Chinese kids are very cute, just adorable!

There was one kid, about six, on the metro who gasped when he turned his head and spotted me. His gasp was so loud and so sudden that everone in the carriage started smiling. He was so excited, he was telling his mom about me and pointing (discretely enough or so he thought) in my direction, she was livid with him, which made it funnier for everyone. He kept waving at me when he thought she couldn't see (I was waving back of course) ... it was just too funny.

I know I should be writing about the Great Wall and the Summer Palace, but I loved cycling around the city and feeling part of it all. And watching the same daily events, like the evening food vendours and the older guys at their "morning whipping exercising" - too normal! I just liked the spirit of the place to be honest. Beijing has an exciting edgy feel to it, it is never ever dull.

I met the author Chang Rae Lee at a Literary Festival in a place called the Bookworm in Sanlitun. That was a real highlight, the festival started when I arrived and I went to everything I could, it changed the way I read. And I was looking for new authors so I was so thrilled by the serendipity of it all, I stumbled into the place on day one, with a terrible hangover, it was pure therapy, I couldn't have planned it better had I known about it (I am not joking).

I went to the Great Wall and the Summer Palace, twice each, cliched perhaps but just sublime. But I guess the day our students all put on a show of Irish dancing tops the bill, that was pretty special.

Join Fight Camp Beijing, I dare you. It is so much fun (and agony) but mainly fun. Go to That's Mandarin, you need to know the basics of the language (you know, it is not so hard to speak in Chinese - ok, the pronunciation mistakes can be hysterical - but the grammar is simple, you can learn it).

And the social reward for saying anything in Chinese makes it so worthwhile, you become a little celebrity just for ordering dumplings properly (well the first time at least, the shine eventually wears off). 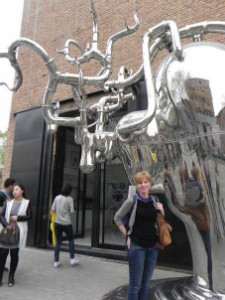 It made me aware of Ireland's youthfulness in terms of human activity (well, you asked and I am an archaeologist). But it also made me a gentler person perhaps and a humbler one as I was simply overwhelmed by the courtesy I was shown by everyone I encountered in the city.

What impressed you about Beijing?

Beijing isn't beautiful per se, although its university grounds and cultural spaces are stunning, and it has pockets of raw beauty, but it wasn't the bricks and mortar of the place that impressed me, it really was the people.

I keep saying it now, and I kept saying it then, just how kind everyone was to me, to which the Beijing reply was always "maybe to you!", said with a head shake and a laugh.

1-on-1 Private Chinese Course is suitable for students who seek personalized attention and want to learn Chinese at their own pace & schedule. You can choose to learn in Beijing, Shanghai, Hangzhou or Milan, or study online. Lesson schedule and content of your private classes can be flexible. Your...