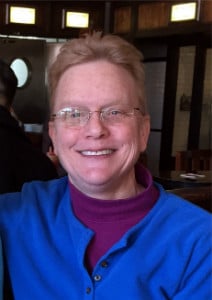 I picked That's Mandarin because they offered private lessons, rather than the standard small group lesson. They arranged a home stay for me as well, with a family that spoke no English. The school was fun but also very intensive, with a lot of emphasis on spoken Chinese. I took 6 hours of class five days a week for a month.

I learned that the Chinese people have a lot in common with us. They complain about how little government pension (social security), they get. They wish their salaries were higher as well. Finally, they are very polite and non-confrontational and it was a pleasure to live in Beijing for a month.

I tell them that living in the country, even for a short time, beats traveling as a tourist. I wandered the temples and streets of Beijing and saw lots of memorable things that I would never have seen in a tour group. When I did do my first tour in China and wandered away from the group, I ran into "trouble", but once I was out on my own, and could speak a little Chinese, it was much easier. 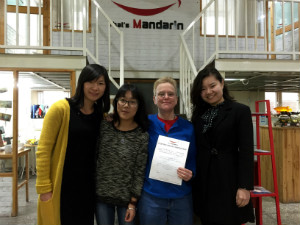 Since I can communicate adequately in Chinese, that made things a lot more fun and a lot easier than the first time I went, as few Chinese speak English. The hardest part was trying to take the bus, as there are no bus schedules in English for all of the routes, anywhere. I now have one in Chinese, but even that was hard to find. Hopefully, I'll be able to read it the next time I go! 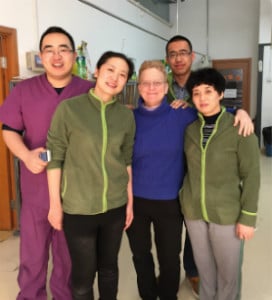 I am a veterinarian and was lucky to run into an American vet who worked at a practice in Beijing. I visited the practice twice, spoke to the owner, who was Chinese American, and learned a lot about how my profession is run in China. That meant a lot to me.

Would you go back to China?

I would definitely like to go back to study for another month in China, but it can be a hard country to be in for many reasons. I don't know if I would ever take a job there for the standard one to three year contract because of this.

1-on-1 Private Chinese Course is suitable for students who seek personalized attention and want to learn Chinese at their own pace & schedule. You can choose to learn in Beijing, Shanghai, Hangzhou or Milan, or study online. Lesson schedule and content of your private classes can be flexible. Your...