The purpose of learning any language is to communicate and connect with others and better understand a culture different from your own. Spanish, being the second most spoken language in the world, is a good place to start if you want to be able to do that with as many people as possible. Not only is it spoken in 44 countries around the world, but it is also projected to be the first language of 50% of the U.S. population by 2050. Knowing Spanish can help you significantly without even leaving the country!

There are two types of Spanish – Latin American and European – both associated with distinct sets of vocabulary, accents, and cultural nuances. Learning Spanish in Spain will expose you to the “proper Spanish”, as Spaniards like to point out, and will allow you to immerse yourself in the centuries-old traditions that this pocket of Europe has to offer.

Read the guide on this page written by Go Overseas experts, just for you. Then choose a Spanish language program in Spain from the list below. You'll be well on your way to becoming a fluent Spanish speaker!

Choosing the right Spanish program for you depends on your purpose for learning the language and your personal goals for when you leave Spain. Think about whether you want to become fluent, learn vocabulary related to a specific field, have full cultural immersion, gain some extra language knowledge while traveling around.

Programs can range from a couple of weeks to a full academic year. The popularity of the language (it’s the second most learned in Europe) means that nearly any kind of program to suit a student’s needs will be available; you can take classes with other foreigners, be enrolled in a Spanish university, do an internship at a Spanish company, and more. Be aware that region will affect the vocabulary that you learn as well as the accent, and other languages can play a factor – i.e. many people in Barcelona also speak Catalán.

Because Spain is not very large, it is easy to travel independently on weekends and see much of the country in a short time. For that reason, immersion-based programs, especially ones with a homestay option, are your best bet for learning as much about the country as possible. Choose programs that will get you involved with the local community and out exploring the area you're studying in. Spain has a lot of national holidays that are celebrated in full force with extra days off work, parades, huge festivals, and live music that will give you great insight to the local culture. Watch out for summer months when most of the country empties out for extended vacations.

Madrid has been the country's capital since the 17th century and is easily the most "international" city in Spain; the stereotypically slower paced Spanish way of life is less relevant here, especially in the center where business people can be seen bustling about at all hours of the day. Over 80% of Madrid's inhabitants are Spaniards, with a majority of outsiders coming from Latin America.

Any sort of language program you can imagine will be offered here, and you will learn the most standard (and understandable) accent. The downside to studying in Spain's capital and biggest city is that there will be tourists abound and you can get away with using English as a crutch much easier than in other regions. Hit up the Golden Triangle: Madrid's triad of art museums made up of the Prado, Museo Nacional Centro de Arte Reina Sofia, and Museo Thyssen-Bornemisza.

Located on the coast of Spain's most northeastern autonomous community of Catalonia, Barcelona is considered the best beach city in the world. 95% of the population understands Catalán in some form, so Spanish learning could get a little confusing. It is also very touristy, like Madrid, but that means there's no shortage of things to do. See Gaudí’s La Sagrada Familia. Eat fresh caught seafood (not easily done in Madrid). Take a stroll on La Rambla, a popular street full of street artists, cafés, flower shops, and plenty of people watching.

Andalusia is the southern most autonomous community of Spain and home to several notable cities, like Seville and Granada. Because it is closest to Morocco, there is a notable Muslim influence. The accent used there is known to be more difficult to understand than in the central region of Spain – locals mumble and tend to not pronounce “S”s. This region may be of more interest to those studying fine arts or architecture because of the mixed cultural influences on both. Check out the Alhambra in Granada. Walk along the Guadalquivir River in Seville, and go to Feria de Abril if you’re there in April!

Why Learn Spanish In Spain?

Trying to learn and use a new language in a foreign country is going to be intimidating, but that’s what will push you to learn the quickest. The joy of Spanish is that once you learn the pronunciation rules (all vowels are pronounced the same), you can get away with faking it a bit and at least speak clearly while your comprehension and vocabulary grow. One could argue that you can gain both of those things by taking classes at your university in the U.S. or online, but being in an environment where Spanish is spoken around you at all times will push you to fluency and speaking with a native accent better than any American-born professor or computer will teach you a few hours per week.

Better yet, learning Spanish in Spain will allow you to live the Spanish way! Life is fast-paced in the U.S. Take advantage of the time you can dedicated to learning the Spanish language and culture, and RELAX. Enjoy a meal for two hours, stroll through the parks and chat with street artists, spend time with your adopted abuela in a homestay, and open your mind to a new way of communicating.

You don’t need a visa if your stay is less than 90 days. Beyond that, you should check with the Spanish consulate nearest you, but can apply 3 months before departure. Processing can take up to 2 months, so apply ASAP within the 3-month timeline. Age of participants varies depending on program, generally college students and young working adults, especially at group classes. Programs are available at all levels, so no prior knowledge of Spanish is necessary, but it would definitely make it easier to get around upon arriving.

As a general rule of thumb, Europe is going to be more expensive for U.S. travelers due to exchange rates. Programs with fewer "perks", like pre-planned excursions, will be more affordable; if you're on a budget, look for those bare bones programs that only offer classes and help finding a place to live.

You cannot legally work in Spain without a proper work visa, but some students offer private English lessons as a way to make some cash while traveling the country. The best ways to save money are to avoid the biggest cities, where prices are inflated for tourists; smaller beach towns offer lower prices and fresher food. Northern Spain is great for free outdoor activities, like hiking. Shopping locally is your best bet to not only save money but get you interacting with locals, as well. 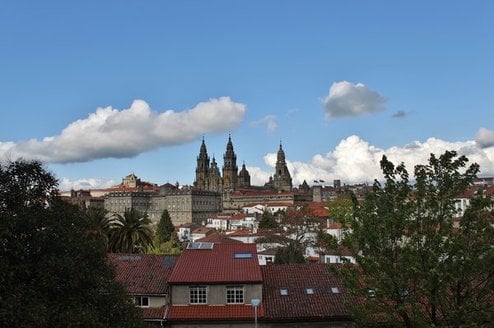 Save to Wishlist
Away at Home

Learn Spanish in immersion in Galicia

Take the advantage of living in Galicia, very close to Santiago de... 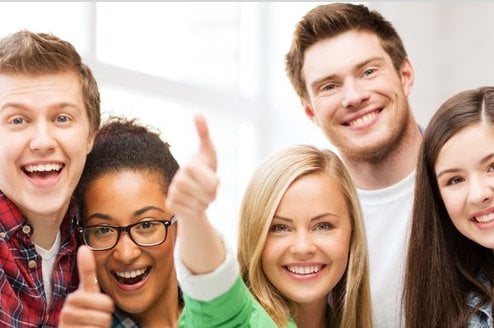 This Spanish course allows you to perfectly combine a holiday in Spain... Save to Wishlist
World Class Barcelona 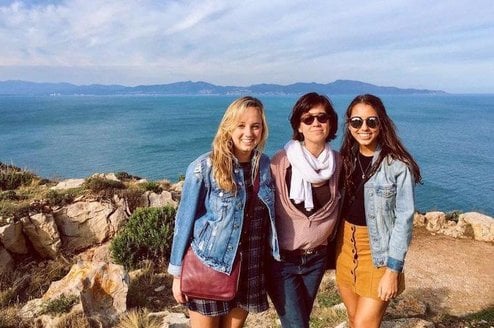 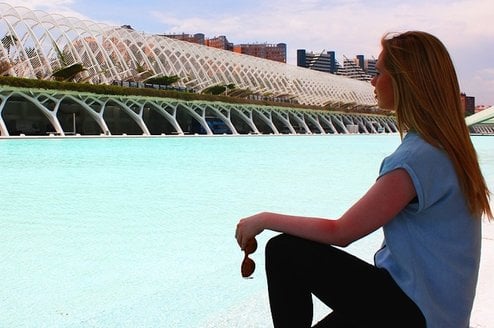 What to Know Before Learning Spanish in Spain