City Travel Review aims to provide opportunities for young people to work overseas, learn a foreign language and embrace a different culture. Our projects mainly focus on travel writing and real life experience. Project members will work as a team to conduct research and write reviews. At the end of the project, the team publishes a stunning online travel guide for young travellers which are often available as e-books and distributed according to the team working on the project.

Overall i really enjoyed the ctr project! I was looking for great experience but also the chance to learn some language skills before I was tied down to a full time job and just don't get the chance. I was really glad i took the opportunity as these days i really don't have the time and am not one of those that can work a full day and then study at night. The project incorporated learning a language while working in a team to create an online travel guide which is then published. The team was great fun and there was a kinda of uni feel to it. i have sinced used the project for other experiences and often look back on fun memories and even still keep in contact with some of the others on the team. In summary if you like learning wanna practise a language and get real work experience then this maybe for you. It was no walk in the park, was hard work at times especially with deadlines and keeping up with language classes but was for sure worthwhile and definitely quitethe experience!!!

What would you improve about this program?
In general as a team we all got along but it can be difficult working with tose you don't know well especially when the honeymoon period ends if you now what i mean? Some of the deadlines were quite hard to meet and it would have been useful to have some team working sessions like i was told they have on the Edinburgh project.
Displaying 1 - 1 of 1 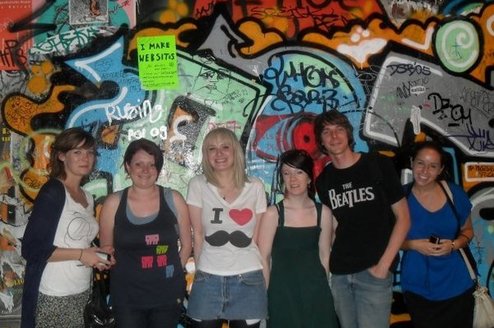 Employers today value work experience very much that a straight A...

What position do you hold at City Travel Review? What has been your career path so far?

I'm Project Manager for the Lyon project. I'm Italian, and have lived in Lyon since 2004. Outside CTR, I have always been a journalist, officially since 1997, although I published my first story on a local paper in 1990. I have mostly worked as a freelance, both for Italian and international media.

In Lyon I have worked since 2000 for Euronews, both as a freelancer and under contracts. My last assignment for them was as Web Producer and Social Media Manager for the program Generation Y. I'm now starting my own business, Phaeluna - (inter)active culture.

I enjoy working in an international environment. The team is multilingual and multicultural, and the students come from all over the world. I also love working with young people, I feel as if I had more to learn from them than to teach them.