Puppet show for the kiddos! 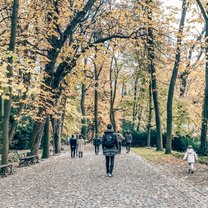 Autumn was probably my favorite season 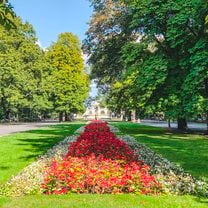 English Wizards seeks to connect English teachers to teaching jobs in the heart of Central Europe through our collection of revolutionary new programs.

At our heart and core, we are a community of teachers. Every teacher on our programs receive our full support in finding the best possible teaching placement, in addition to full support with getting a legal work visa, finding accommodation, and getting settled in your new home. We also provide world-class teacher training and TEFL Certification courses to new teachers looking to get started in the world of ESL.

Our community is currently made up of over 100 teachers in 7 cities all across Poland, and growing every day! Outside of the classroom, our teachers form a very active social community with regular gatherings and social events for not only fellow teachers, but locals and other foreigners as well.

I taught as a Language Assistant in Warsaw, Poland for 6 months. It was a simple and easy way to be able to live in Europe. Poland, in general, is beautiful with loads of history but a fraction of the cost of other Euro countries. The school I worked for was what in the U.S. we would consider a daycare center. It was for kids under the age of 3 and I was a teacher in the classroom for 1-1.5 year olds. I loved it and loved the kids. It was easy to put in your 4 hours a day and get the rest of the day for whatever you wanted. Poland is a hidden gem of a country and should be on every person's short list of places to visit!

What would you improve about this program?
The welcoming could use some work. We were met briefly on day one, but then left to find our new apartment on our own, in a new city with no internet. It was a stressful start to an otherwise enjoyable working relationship.

Autumn was probably my favorite season

Puppet show for the kiddos!

I taught for a few months in the lovely city of Wroclaw, Poland as a Language Assistant. The city and the English Wizard Program was very enjoyable and fulfilling. As an African-American I was nervous about safety, but after a few days of adjusting I started to travel alone and made some friends. A great experience for anyone who likes to teach and wants to explore central Europe. There's a lot of history, food, and vodka to discover in Poland. The program staff was very helpful and professional. I hope to return to the program or country one day in the future. Poland was a lot to see for people who enjoy taking photographs as well. If you are thinking about coming to Europe Poland is located in a great spot. Many European countries can be reached within a 3 hour or less plane flight!

What would you improve about this program?
Having a flight benefit would be nice for this program as many Asian agencies offer that.

My overall experience with the English Wizards program has been fantastic. I applied less than a month before I started, and I never would have guessed the visa process would be so simple. I sent them a few documents, went to the embassy, and bam I was good to go! Their legal team really knows what they're doing!
In comparison to the program I did in Spain, I found the teaching to be a lot more relaxing and less stressful, perhaps because I was teaching in a preschool instead of a secondary school. But the kids were all fun, the hours short, and classes were small. My colleagues were all lovely, and I always felt as if help was only a second away if the language barrier was too much.
Living in Krakow was such a blast!! The city really has so much more to see compared to what the average tourist sees. I was a bit nervous about not speaking any Polish, but turns out everyone speaks near-perfect English!
One area I found English Wizards really stands out is their level of support and community. Unlike other language assistant programs like the one I did in Spain which was government-run, English Wizards is a small company run by a tight-knit team of fellow expats. And they really create a sense of community among us. Not once did I feel like I was stuck and had nobody to ask for help. After a week it felt like my program director was my buddy as well as my mentor!

What would you improve about this program?
Things I would improve if I did it again:
They will occasionally offer you the opportunity to do additional teaching. Take it!! Twice I was offered an extra 5 hours a week doing company English classes but turned them down since I didn't want to give up my free time. But it would have literally doubled my salary! I guess I wasn't really thinking about money at the time, but now my wallet is hurting, ha!
Displaying 1 - 2 of 2 Save to Wishlist
English Wizards

Looking to live and work in the heart of Central Europe but don’t have... 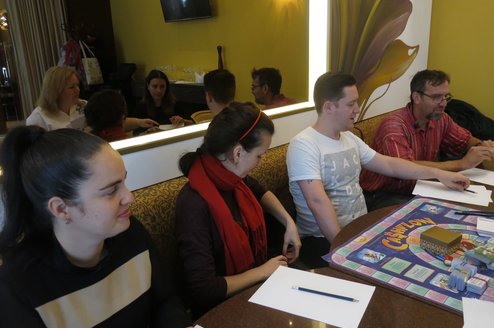 Save to Wishlist
English Wizards

Get TEFL Certified and Start Teaching in Krakow!

Join us in the beautiful medieval city of Krakow to get your 120-Hour...