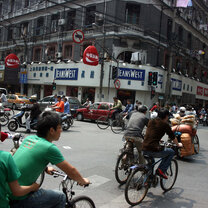 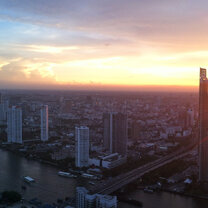 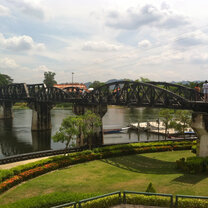 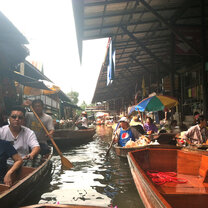 Commercial giant; financial and cultural hub; home to the largest container port on Earth—there may be no better city to examine the rapidly changing nature of global business than Shanghai.
This program is designed to enhance your knowledge of fundamental business and economic principles within a Chinese and international context. The program will help prepare you for a career in international business through balanced exposure to core concepts, important theories, and case studies, as well as through site visits to Chinese companies and discussions with leading practitioners.

The best opportunity in study abroad - the Global Cities Grant in Copenhagen, Rome, and London for your spring '22 semester!

Don't Miss Out on a CIEE Study Abroad Scholarship or Grant!

Hundreds of students a year benefit from CIEE's variety of scholarships and grants. We are dedicated to helping students who need assistance take your studies out of the classroom and into the world! Check out our GAIN travel grants, Gilman GoGlobal, and MSI Grants, as well as academic and program specific CIEE scholarships!

I studied abroad with CIEE for one month in the spectacular city of Shanghai, China. It was such a wild ride, and I had so much fun!! I also learned a lot… maybe even more when I was outside the classroom. Being on your own in a huge city for a whole month forces you to change – and you can choose for the better, or worse. Hopefully, I adapted positively and gained skills that will be so useful for my whole life, like independence, intercultural communication, and a greater appreciation and awe for our big big world.

I loved my time in Shanghai because I made amazing friends and made amazing memories in the country of my background, being Chinese-American. CIEE arranged tons of activities for us to explore Shanghai and I was able to see it in a new light that was not as "touristy." They also arranged a whole weekend trip where they took us to Nanjing, another city in China that is full of important history. I also really enjoyed the class I took called Political Development in Modern China where I learned so many interesting things I would not have been able to if I weren't in Shanghai. Additionally, living in one of the best campuses in China at East China Normal University was an amazing perk, and I will never forget the delicious cafeteria food. I definitely think my time in China this summer grew my appreciation and love for my roots more than ever before.

I am now positive I will be going back to China in the future for longer periods of time. In my class, we learned about the notion of the impending “Asian Century” in the 21st century, which basically means Asia will show the world how it can excel, too. (Previous centuries being “American” and “European” respectively.) I am excited for Asia’s future, and of course, China’s. I’m super proud to be Chinese! I am really glad I did this summer study abroad. It went beyond my dreams. 🙂

What would you improve about this program?
I wish we were able to go on more field trips for class to expand our learning material in a hands-on way.
2 people found this review helpful.
Helpful 

Shanghai is a study abroad dream. It is for the adventurers, dreamers, and those that want a breath of fresh air from their normal lives. shanghai is a huge sprawling city with adventures around every corner.

The program itself is a perfect balance of support and freedom. The professors that I had (Chinese economics and communicative Chinese) were of the highest quality which made for an invaluable academic experience. I came back months ago and I'm still talking bout the things I learned and how they have inspired me to want to return to China. The dorms were great quality, fast wifi, good cafeteria, and a great set up to get to know everyone in the group. I made some incredible friends in China that I will always remember.

I say don't miss out on Shanghai because china is so widely talked about in the our world today wether it be economically or politically. More often than not these perspectives on china have great biases toward an agenda. I urge people to go and see it for themselves. Shanghai is for those that want a fast lifestyle filled with modernity and crowded alleys, bright sights and loud streets. I really grew as a person on my study abroad experience. Not only did my knowledge of China increase but also an increase in character. Shanghai keeps you on the edge of your seat.

Don't miss out on Shanghai!

I chose this program because I wanted to experience my Chinese roots in a different way. Being Chinese-American, all of my relatives are still in China and I visited them many times growing up. However, I never studied there on my own.

This past year was full of tumultuous political tension in the United States, and I personally felt lost about what my identity meant to me. So, I decided I needed to go do some soul-searching and find out who I really was.

What did your university assist you with, and what did you have to organize on your own?

A nonprofit, non-governmental organization, CIEE is the world leader in international study and exchange programs. For more than 75 years, CIEE has helped thousands of students, professionals, and educators gain the knowledge and skills necessary to live and work in a globally interdependent and culturally diverse world by offering the most... END_OF_DOCUMENT_TOKEN_TO_BE_REPLACED 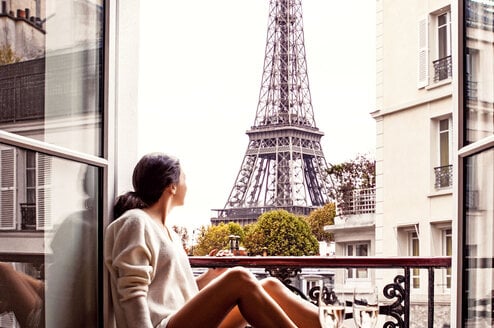