This program offers four intensive courses, each exploring a unique approach to sustainability. You will gain access to projects and practices employed on EARTH University’s campus, as well as numerous notable sites throughout Costa Rica. During these 14-day courses, you have the opportunity to join international peers, research partners and renowned professors to learn about critical global sustainability issues. Courses involve lectures, participatory activities and field visits.

Interested students are encouraged to register for multiple course sessions.

My experience here was amazing and I am so glad I made the decision to come to CR. I will definitely return to CR perhaps even to live. I am not more nature friendly and aware of the issues planet Earth is facing. I learned about treating was water and how to recycle and how to calculate carbon dioxide emissions. My favorite trip was going to Isla de las Tortugas because it was the very first time I went snorkeling and in fact that first time I went inside the ocean. Thanks to this program my vision for the future has been found. As a manufacturing engineering student I would like manufacture any products in the most sustainable method possible.

What would you improve about this program?
The program was great but maybe a destinations that could be visited on our down time would be great.

This course has provided me with a very unique international experience in Costa Rica that many other programs may lack. There are not many locations similar to Earth University. The educational system with its emphasis on creating solutions to global problems is in a league all of its own. The course material went very in depth, and as a student, I was able to gain some professional knowledge which I will likely be able to use in a future career.

Translation: I liked the experience of coming to Costa Rica, the people were very nice. I would like to come again in the future. I like the programs they offer. Something that I liked was when we visited the house of a senor (roots farm) because the food the walk and the history of the senor was something very beautiful that I will never forget. As a Mexican and a Latina, I am glad that I came to this country and in the future I will visit more Latin American countries and return to Costa Rica.

I really enjoyed learning and applying the concepts we used in a classroom setting to a real life example while going on field trips to understand the impacts from our course. I found the concepts covered important and informative; making sure to address different contextual factors while attempting to understand and create sustainable solutions. This program was a good balance of fun and engagement in the subject matter, especially given that not everyone in the program was in the field of environmental sciences.

What would you improve about this program?
I think creating more balance between indoor and outdoor activities on a day to day basis would improve it. It seemed that most of the field trips occurred in the span of a week, but the analysis happened the following week, which, by the time, some of the information was forgotten.

i have too many favorite memories that are truly ineffable. our professors are not only highly educated, but also beautiful people. the field trips are mind blowing, enough for anyone to appreciate our majestic planet.
if i must pick one full circle experince
snorkeling in Tortuga:
i was able to feed gorgeous fish from my hands, i cried from on the way home that night from all the beauty and joy i experienced. however, understanding the fact that all of my amazing fish friends will be dead the next week due to red tide is the most heart wrenching thing i can think of. The beach of Tortuga was the most beautiful i have ever seen, though the sands are covered in bleached, dead coral from the reefs... the juxtaposition was hard to comprehend. i am so grateful i have experienced the biodiversity that my children will never see...
i surely hope we can turn climate change around, it is breaking my heart and will kill us all.

What would you improve about this program?
more hands on learning activities, possibly hold students more accountable for there own waste production during there stay. make them use less A/C, gasoline, sort there garbage, use less power and turn there fans off when not using the dorms. an intensive training program such as this, will hopefully allow them to be more responsible once they return home. not only learning to appreciate the earth and environment but training them to better care for it for the rest of there lives (the short term students are amazed by beauty, however there habits are not necessarily reflecting their new feelings...)
Read my full story

My experience at EARTH was exiting. We were able to interact with people from all around the world, see different points of view and have lots of activities during our stay. The course we took were very complete and the material was well delivered by great professors, accompanied with field trips where we were able to apply and see what we learned in class. My experience in the dorms was good, comfortable bed, wide closet for all our stuff and a desk where we could do our reports and study. Even thought time was not our friend and didnt got a chance to see other thing inside the university I wanted to see, I had a nice time and if I had the opportunity for visiting again I would do it without thinking it.

This program involved the engagement of rural communities in modern society by acquiring knowledge, tools and methodologies about sustainable development. Through the concepts learned in class, the works done in groups, videos and especially the field trips I was able to get a much better understanding of what sustainability is and what it involves if we wish to be the agents of change into developing a more sustainable society. Because of this course I will be better equipped for my future en devours both in my educational as well as personal development. Thanks to EARTH University I will leave Costa Rica with a whole new perspective on agriculture, helping me develop new ideas into what I want to do in the future in the field of international agriculture. It has definitely inspired me into keep looking for more educational programs like this one on sustainable agriculture and development in order to redefine the paradigms of modern agriculture and help develop a more sustainable, unified and complete society.

What would you improve about this program?
Make the course longer! The students as well as faculty will take more advantage of the time and can possibly enrich the course experience even more!

The past 2 weeks have legitimately flown by. I have spent time learning rigorously in a classroom, days out visiting Costa Rican farmers/entrepreneurs and even a day just swimming in the Caribbean Sea! In classes we learned an incredible amount in a short amount of time, through formal lectures but also plenty of discussion, critical questioning and videos. We went on several different field visits, each of which was very different but focused specifically on providing real world context to the material we had just studied in class. If you are a hands-on, experiential learner like myself, you will love a summer course at EARTH.

What would you improve about this program?
Even more field visits, especially to sites on the very large campus would be great!

I chose this program because I've always known that the main issue we face in our lifetime is overpopulation. However, I also know that this knowledge is not enough; we need a solution. How will we turn our biological disasters into enhancements so that we may continue to survive on this planet alongside all the other ecosystems in some sort of harmony? This was the objective question I had been led to research on.

EARTH Universidad was the perfect destination for me to understand the reality of our overconsumption of resources as well as to discover how to mitigate our impact and live within this new ecosystem we have created.

My program provider assisted with everything! I was well cared for with three square meals a day, a very nice dorm room with a wonderful cleaning lady named Georgina, and a fabulous Teacher's Assistant/translator named Ricardo. These are all included in the cost of the program up front.

These accommodations left me with little to worry about so I was free to learn about Environmental Sustainability practices in Costa Rica and attend some of the most breathtaking experiences of my life during our field trips across the country.

Costa Rica is known for its Pura Vida lifestyle and San José is a great place to get familiar with the lifestyle. One of the best ways to discover San José is through the arts; whether you like theatre, dance, or music, this is the quickest way to the heart of Costa Rica.

EARTH is a private, non-profit, international and multicultural University with a rigorous four-year undergraduate program in agricultural sciences, sustainability, and natural resources management.

Through an experiential and student-centered learning approach, EARTH also provides students from around the world with meaningful short-term...

END_OF_DOCUMENT_TOKEN_TO_BE_REPLACED 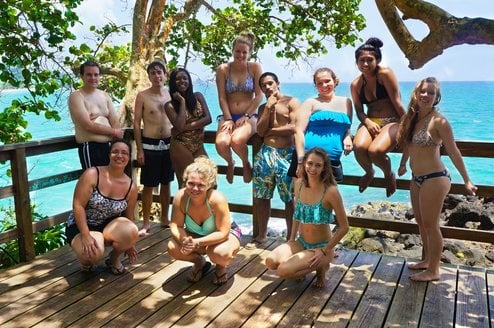 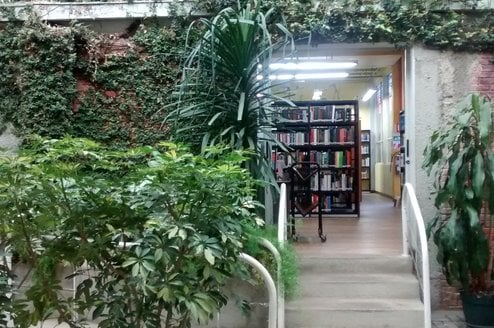 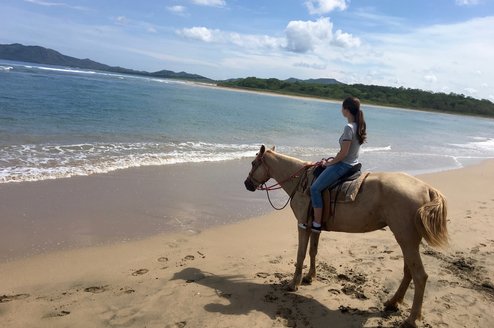 2 reviews
Save to Wishlist
CIS Abroad

On our Summer in Costa Rica program, you’ll live in the vibrant...