Study with Arcadia in Cuba

Study with Arcadia in Cuba

This program brings you an exceptional educational and life experience in one of the most extraordinary places in the world. You will live, study and take part in Cuban society, enjoying the country’s special eclectic mix of Latin, European and American cultures.

This exciting program is taught in cooperation with our academic partner, the University of Havana and its Centro de Estudios Hemisféricos y sobre Estados Unidos (CEHSEU - Center for Hemispheric and U.S. Studies). You’ll enroll in two courses, which focus on Cuban and U.S. relations and Spanish language. All courses are taught in English, except the Spanish language classes.

History, Politics, and Culture of Cuba

Day to day-
We got to pick our classes as long as they fit in a schedule, the Cuban students are actually very rude to their professors so that was a bit of a shock. In terms of academic challenge... there wasn't any.

Our residence was generally very nice, cleaned daily and we a breakfast and dinner that by Cuban standards was good but not by American standards. The beds seemed uncomfortable at first but you totally get used to it and forget.

Be aware of sexual harassment. There are a lot of men who will stand on stone walls or whatever and jerk off at you, and I wish I were kidding. This really impacted the beginning of the trip for me but, sadly, you'll get used to it. People also catcall like no other.

BUT we met AMAZING people there and ended up making a very close group of cuban friends. Because of how small our study abroad group was, we also became very close to each other.

Take advantage of the beach! It's about 45 minute drive but is well worth it.

I would give anything to go back again.

What would you improve about this program?
The education could be better but that's not because of Arcadia, that's the University of Havana. Same with the sexual harassment, it's not because of the program it's the country.
Other than that I can't think of anything that could be improved.
Did you find this review helpful?
Vote up! 0
Vote down! 0

My semester in Cuba brought me face to face with a culture and political/economic system I knew nothing about; and, through interactions with the close friends I made there, I was brought to recognize the deep-rooted sameness in all of us regardless of background.
One of the most impacting courses I took was "Political Economy of Socialism" in which on the first day of class my professor asked the students to identify the inherent contradictions within capitalism. While I was at a loss for words, the class seemed armed and loaded with a plethora of preset answers; the next day when she asked about the inherent contradictions within socialism, however, I was well-prepared with the propaganda my educational system had indoctrinated me with. Having these discussions with my Cuban classmates led me to understand at a deeper level how greatly our backgrounds affect our understanding of the world and how much the lines we are fed as children stick to our beliefs as adults.

What would you improve about this program?
No amount of preparation State-side could ever really prepare a US student for the experience of living four months in such a different culture, but some more information about what to expect as far as cultural norms and societal expectations would have been helpful.
Did you find this review helpful?
Vote up! 0
Vote down! 0

Daily life involves walking to University of Havana classes in the morning and afternoon, and having the rest of the day and weekends free to explore the city and go on excursions around the island. The accommodations are comfortable and clean with great housekeeping and cooking every day. Highlights include seeing Havana landmarks, finding unique restaurants and clubs around the city, and a few day/weekend trips to other historic sites around Cuba.

What would you improve about this program?
The freedom was great, but a bit more structure over the first few days would have been helpful.
Did you find this review helpful?
Vote up! 0
Vote down! 0 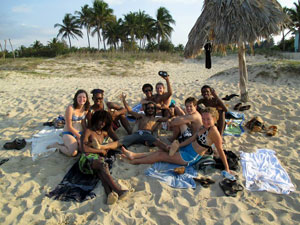 Malissa: When I arrived in Cuba, I was already proficient in Spanish; but it took a month before I could easily communicate with a Cuban. Part of this was because of the thick Cuban accent which differs greatly from the clear, crisp Mexican Spanish I was used to.

Another part was due to the fact that most of Cuba seems to feel they are being charged by the minute in every conversation: I have never heard anyone speak so fast in any language before!

But probably the most significant factor of the language barrier was the use of island-specific slang. For example, “Qué bolá, asere” is the Cuban equivalent of “Qué tal, hermano!” but would mean nothing in most of Latin America. Some of my friends sat me down in a café one day determined to teach me “cubañol.”

They spent at least an hour listing out all the slang terms they could think of and their definitions—I still have the napkin with this make-shift vocal list tucked away in my standard Spanish dictionary.

Malissa: Havana—like all great things—is multi-faceted and multi-layered. It would be all too easy to visit every monument, museum and restaurant in the city and still miss the rich thriving culture beneath the surface. Throughout my time there, it seemed like every week I pulled back a new layer of the complex reality of Cuban life.

The questions we all had about everything from politics and propaganda to daily life and culture seemed to either have no answers or an infinite number of contradicting answers: with each layer we peeled back from the city’s tourist face we were faced with a new level of reality—a new side of the truth. 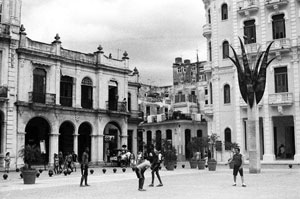 The length of my stay and the nature of my program—taking classes with locals and having plenty of opportunities to get to know my neighbors—really helped in this endeavor to get to know the city from a local perspective. Although we can never truly understand someone else’s life, my time in Havana brought me closer to that goal than I could have hoped.

Malissa: Although, overall, I loved my time in Cuba, there were some parts of the culture that I found impossible to adjust to. The general lack of respect for women, for example, was something that I refused to acclimate myself to.

Learning the powerlessness of women in this culture and living in it was one of the hardest things I’ve ever done. Considering the overall beauty of the culture, I was disappointed to see such blatant contempt for half of the population; this is something that I hope will be soon forgotten as Cuba evolves and changes with the times. 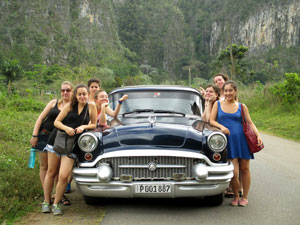 Malissa: Outside of Havana, Piñar del Río was definitely the most beautiful piece of Cuba that I saw. My friends and I stayed in a hostel at the edge of the small town and woke up to the beautiful Caribbean sunrise over luscious green mountains.

We were lucky enough to find a tour guide to take us horseback riding up one of these mountains through thick jungle in places and into deep caves and finally to a tobacco farm where we met one of the makers of Cuba’s world-renowned cigars and smoked a genuine Cuban cigar with him.

The quiet peacefulness of the town was refreshing and rejuvenating after months of the hustle and bustle of Havana. My trip there remains one of my fondest memories of the country.

The first time I ran the orientation for our first semester in Cuba - I'd been there twice already.

I loved seeing our students' faces with the amazement of the novelty, and at the same time the seduction of the old 50s cars, the run down buildings, the wide smiles of Cubans, the intense heat, the palm trees.

It was a new world for them and I was right there witnessing their excitement!

I've grown a lot. Students change little by little every semester. It's unnoticeable from one semester to the other, but looking back they're not the same as when I started with Arcadia in 2009 or with study abroad in 2006.

I've learned to understand their world, their concerns, their hopes. I've learned a lot about the fact that what we, as administrators and faculty, may find exciting is not exactly what interests them, and vice versa.

I work hard at finding ways to get them engaged, involved and in helping them have a great semester academically and personally.

Havana has always been a hotbed for tourism; however, with the bans on U.S. citizens, this has decreased. There are still a large number of tourists that go to this colorful city every year including U.S. citizens for more volunteer projects.

Students from colleges and universities throughout the U.S. study abroad with Arcadia Abroad!

Our staff and faculty around the world support students with everything from academics and student...

END_OF_DOCUMENT_TOKEN_TO_BE_REPLACED 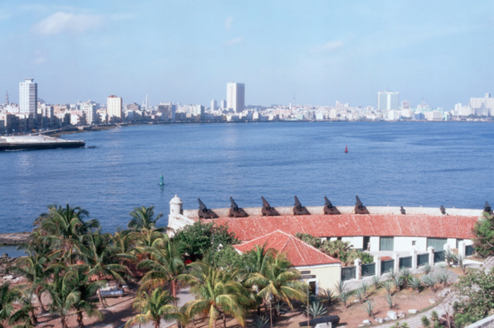 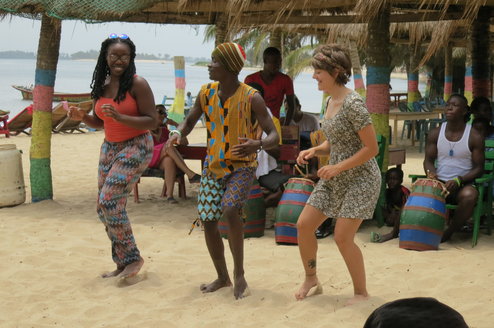 The La Habana program offers an unparalleled opportunity to visit this... 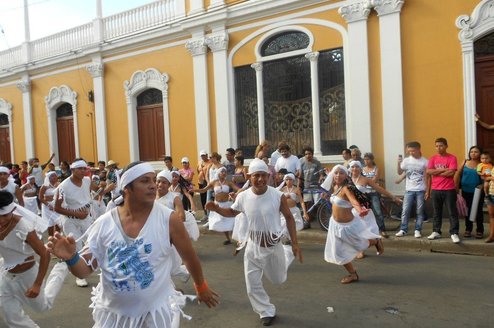 Explore Nicaragua a generation after the revolution and investigate...