Study Italian in Italy with API

API students who choose to study abroad in Taormina study at Babilonia – Center for Italian Language and Culture. Classes are held at “Casa Silva,” a nationally registered historic villa protected by the Sovrintendenza alle Belle Arti (the National Agency for the preservation of Art and Monuments). The villa is hidden from view by an impressive stone wall that separates it from the steps of Via Timoleone, which lead to the Greek Theater.

Babilonia is truly a cultural center, hosting book presentations, painting and sculpture exhibitions and concerts in the botanical gardens. In the net-café located in the WI-FI garden, students can enjoy leisure time under the lush green trees with classmates while sipping a cappuccino from the school’s cafeteria.

This semester, quarter and summer program is open to students of all levels and is intended to provide a true Italian language and culture immersion experience. In addition to their coursework, students will live with Sicilian host families that are actively involved in school and city life. This is a perfect program for the serious student who is looking for an off-the-beaten-path study abroad experience!

Last school year, I signed up for a 6 week summer program through Academic Programs International, with one week of fun and site-seeing in Rome and then five weeks of Italian language study at the Mediterranean Center for Arts and Sciences in Siracusa, Sicily. It was undeniably the best experience I’ve had throughout my academic life so far, and I’m excited to say that this experience has also led me to be studying abroad with API again.

The first week spent in Rome was a whirlwind. It was there I first met my API Director Joanna and the three other American girls who signed up for the same program as I had. We all found the airport reception wonderful, as navigating through the Fiumicino Airport alone probably would have made us all even more of a nervous wreck. We spent our days touring the most famous and ancient sites of the city; Piazza Navona, the Pantheon, the Coliseum, St. Peter’s Basilica and the Sistine Chapel, the extensive Vatican museums, and everything in between. We tossed coins over our shoulders into the Trevi Fountain, bought too many shoes, and had our first real pizza. It was nice having our program director there with us during these outings, because there was always someone to help better explain concepts that tour guides had problems interpreting to the group, take cute candid shots, and get us to the front of some rather repulsively long lines with tickets in hand. When we weren’t exploring Rome’s winding cobblestone streets, the free time allotted to us involved a great deal of napping, to say the least. The most memorable portion of my stay in Rome, however, wasn’t the buildings, the statues, or the fashion, but the wild night life. Oh yes, good times can definitely be had with a language barrier and house music booming in the discoteca. It definitely seemed that everyone wanted to be our friends.

Though Rome was both educational and fun, my roommates and I were ready to see what Ortigia Island had to offer, and with a week’s worth of good memories, we boarded the flight to Sicily with anticipation, and once again the helpful guidance of our program director. We arrived in our new city, Siracusa, three days before the commencement of classes and we used this time to orientate ourselves on the island we’d be calling home. There were a few immediate things that took some getting used to, such as the absence of microwaves, clothes dryers, air conditioning; constantly being stared at by the locals; and never hearing the use of the English language unless it passed between your own lips. However, there were just as many, if not more, characteristics that instantly made Sicily seem like a magical place, like the lull of the Mediterranean Sea under cloudless skies, the beauty that enveloped the city’s historic architecture, and the skeleton keys we used to open the gate of our building’s courtyard. Our new surroundings definitely had us entranced.

I thought the living arrangements the girls and I were accommodated with on the island, by API, were fantastic, though it did take a while to get some pipes fixed by the local plumber. Our apartment was surprisingly spacious, with two bedrooms, one and a half bathrooms, and a large living room and kitchen, each with their own balconies suspended over Ortigia’s main street, Via Roma. We all felt very secure, as the apartment was located in a very safe and well lit part of the city, and it required passing through a locked courtyard gate before reaching the door to our place. We were also lucky enough to be the students with the apartment closest to the MCAS School, which was basically across the street, so even when we slept in a little too late we always made it to class in the knick of time. Classes weren’t too difficult, in my opinion, just requiring about the same amount of time and effort as our summer courses offered at my home university. The instructors were all pretty helpful and based most of the class on their lectures. The classes were also all very small, with about 8-12 students per class, which allowed for all the students at the school to get to know each other rather quickly.

All the students at MCAS were invited to attend optional excursions outside of Siracusa, paid for by the school. Some of the places I was able to tour included the cathedrals of Catania, the catacombs and mafia hotspots of Palermo, and a weekend getaway in the Aeolian Islands off northern Sicily, which included time in the mud baths at a hot sulfur spring and riding up volcanoes on rented Vespas. Through our program with API, my roommates and I were also provided with other excursions and activities exclusive to only the four of us. With our program director Joanna, we had the opportunity to navigate the stores at the SuperMall Interspar; spend a day hiking the gorgeous, yet intense, Cava Grande and swimming in its cool freshwater pools at the bottom; explore the city of Taormina and its rock beaches; and experience a laid back evening of wine tasting. The other students at our school were definitely jealous of the perks we received through our program that theirs failed to include.

While we were all kept busy by these various activities and our classes, my roommates and I still had plenty of time to do some living of our own, and we made plenty of friends along the way. Every day after class we ventured out to Forte Vigliena, where the locals would layout and sunbathe below on a giant rock with a connecting solarium; men in Speedos and women in thongs were definitely commonplace. It was here where we made our first local friends, swam in the warm water of the Mediterranean, developed sun kissed skin, and even caught an octopus which we subsequently killed, cooked and ate! It eventually became our regular hangout place and where we always met up with our big group of Sicilian friends to discuss our plans for the rest of the week and that night. With them, we would ride around to new places on the back of their bikes, eat dinners at the authentic, local restaurants, enjoy bonfires on the sandy beaches, dance the nights away at discotecas, and demolish 4am Nutella croissants. Although the language barrier made things difficult at times, with our local friends knowing little English and us knowing little Italian, we all worked though it and became exceptionally close.

My roommates and I had fully adapted to the culture by the time classes were coming to an end, and it was the weekend before finals that my roommate and I decided we wanted to extend our stay. Neither she, nor I was ready to leave; we loved the country, our new friends, and this incredibly different lifestyle we had come so very accustomed to. We spoke with our families, changed our plane tickets, and received help from our school in finding an apartment for us to rent together. Everything fell into place, and rest of the summer was nothing less than amazing as I spent my time free from stress and the obligations of school and work. I was able to experience the culture, make more great friends, travel the countryside, and cross things like cliff diving off my bucket list. My Sicilian summer definitely transpired into being everything and more than I’d hoped for when I signed up to study abroad, and I would absolutely recommend Academic Programs International for anyone interesting in studying in another country.

END_OF_DOCUMENT_TOKEN_TO_BE_REPLACED 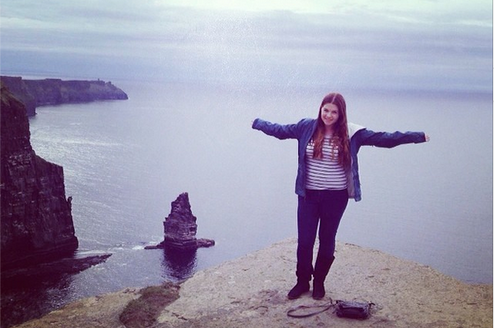 3 reviews
Save to Wishlist
API

As the capital of the Republic of Ireland, Dublin is one of the... 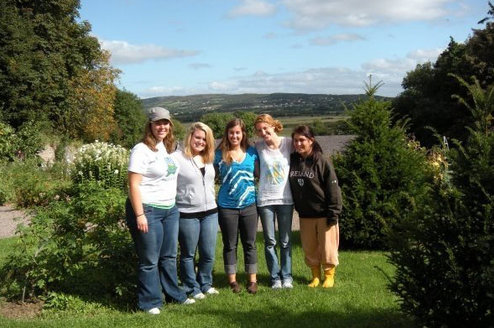 Save to Wishlist
API