The Broad Curriculum program gives students the opportunity to earn credits in general requirements and elective courses while experiencing Valencia, surrounding areas of Spain, and neighboring European countries. Due to our new affiliation with the Universidad Politécnica de Valencia and the Universidad Católica de Valencia, students can enhance their study experience by taking business, math, and science courses at these facilities while in Spain with Florida State. Please contact our office for more information.

When participating in the Valencia, Spain Broad Curriculum program, students experience both local and more distant travel opportunities tied to critical means of academic study. Most courses allow a three-day weekend for explorations of the nearby ancient Roman city of Sagunto or castle towns such as Xátiva. 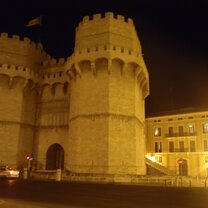 Valencia is an amazing city. I think it gets the snub when people think of Spain; but this city should be a can't miss. I studied abroad through FSU in summer 2010 (you know, when Spain won the World Cup - NBD) and it was the best decision I ever made.

The study center is right behind the Torres de Serranos, which is a big landmark in the city. Next is the canal which many people run, play soccer or walk into other parts of the city. Down the canal from the study center is the Ciudad de Las Artes y Las Ciencias (City of Arts & Sciences), where there is a breathtaking aquarium and top notch museum exhibits.

The staff at the study center are incredibly friendly and always willing to give recommendations on their favorite places in the city. Cati (who unfortunately isn't there any longer) took us to a club where she DJ'ed and coordinated many of the adventures that we went on as a group. These were great and provided us with cultural experiences that we never would have had otherwise. Alicia and Ignacio were also AHH-MAZING. They made sure all of our needs as students were met. We all are forever indebted to their dedication to the FSU Valencia program.

The city has a distinct dialect that is unique for other Spanish speakers from South America and the States. But don't let this deter you - the people are incredibly friendly, and as someone who knew little Spanish, I felt right at home once I got past the initial "OMG I'M IN SPAIN AND I DON'T SPEAK ANY SPANISH WTH AM I GONNA DO?!?!" Don't worry! Seriously, the Valencian people have you covered! As in all foreign countries, try your best. It shows the people that you're trying and they are more than likely to help.

Seriously, if you are on the fence about Valencia, let me go ahead and knock you over and tell you that this program is not a mistake. Go. Right now. GO! You won't regret it.

What would you improve about this program?
Nothing. Seriously. The courses offered are amazing and all the faculty and staff are completely amazing and willing to do what they can for the students.
18 people found this review helpful.
Helpful 

You will never experience anything like what you will with Florida State's study abroad program in Valencia. Seriously if you are even thinking about studying abroad you should look into this program. I studied here in Spring 2014 and wish I could've stayed longer. The program lead is an incredible person that will go out of his way to help you and make sure you feel comfortable. You're situated right in the city center, so you get to see everything that goes on. Valencia is Spain's 3rd largest city, but it is very "homey" and does not have the big city vibe - except in the spring when the outstanding festival "Fallas" happens, rated #2 best festival in the world. It will blow your mind (and your ear drums). I encourage you to look it up. The locals are so passionate about Valencia. Trust me, you will adopt this passion as well.
They take you on trips to awesome places too.
This will be the most spectacular experience of your life - I know this because it was mine.

What would you improve about this program?
The only thing I wasn't a huge fan of was that the night life is a big part of the program/city. I know most people are really into going out, however, I am not. So if you like going out, study here. If you don't, still study because you'll find plenty of other things to fall in love with.
16 people found this review helpful.
Helpful 
Read my full story The one thing I regret most is that I did not keep a journal. There are so many little things that happened during my time abroad that I will probably not remember unless I read them back from a journal. I also think, looking back, that it would have been important to reflect on the events and places that I experienced.

Keeping a journal would have given me time to really take in everything that I was doing. After you study abroad you will look back and realize that you’ve never done so much in the short amount of time that you were away. I definitely recommend that any student studying abroad keep some sort of journal, whether it be in a notebook, on your phone, or through an online blog.

We rode camels an hour and a half into the desert, slept in traditional Berber tents, and had a delicious dinner (chicken tagine, of course). The post-dinner treat was a cup of mint tea. The chicken tagine and the mint tea are a must-try while traveling in Morocco.

Florida State University's International Programs has been sending students abroad for more than fifty years. As our world continues to become more globally engaged, the importance of students having the opportunity to go abroad increases with each year. We continue to respond to that demand by challenging ourselves to make studying abroad more... END_OF_DOCUMENT_TOKEN_TO_BE_REPLACED 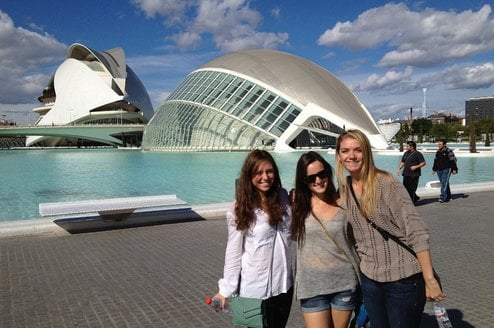 Spain
9.67 •9 reviews
Live and learn in Valencia, one of Spain’s most cosmopolitan cities...
View Program 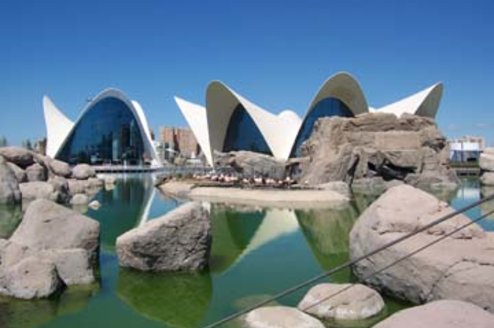 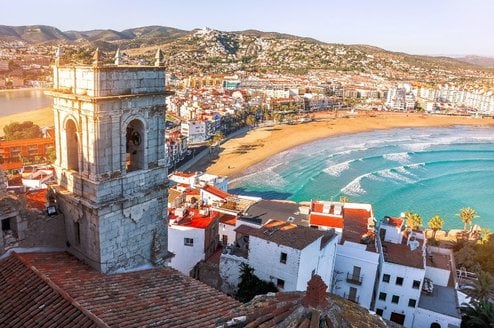