Bland. Boring. Dull. Vietnam is NONE of these!

Leave ordinary behind and come to Loyola University Chicago's Vietnam Center in Ho Chi Minh City, where you can explore all of the beauty and excitement of Southeast Asia and see firsthand an emerging region full of life and adventure. You'll know right away: This is not your average study abroad program. 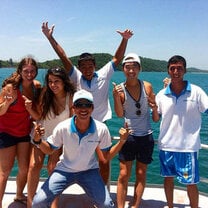 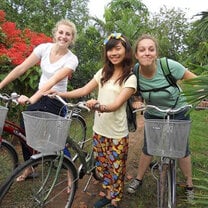 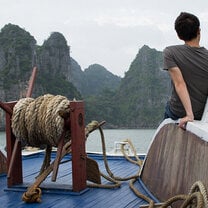 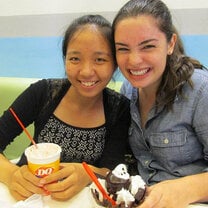 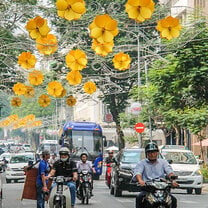 Going to Vietnam was amazing and a great experience! All of the staff in the program were very helpful and kind. I felt like I could go to them whenever I had questions about things. I enjoyed having professors that were from a variety of backgrounds so we could get multiple perspectives of Vietnam which I really enjoyed. I also enjoyed having a staff member that lived in the dorm with us. It was helpful since he could easily translate things between us and other local Vietnamese. It was also helpful when we went on trips throughout the program and he could translate and he also helped us with experiencing traditional foods. The trips we took as a program were fun too. I liked learning about different cultures and then traveling to those cultures. The culture in Southeast Asia was so different than culture in the US or even in Europe and that is partly why I chose this program. All the people in Vietnam were so welcoming and nice. Even when we did speak the same language, we made connections with local Vietnamese. I loved getting to know a different part of the world and its culture. Before going to Vietnam I knew almost nothing about that area of the world and while there I learned so much. I also learned things about the US which I wasn’t expecting. I learned about the perspective of America from the Vietnamese and from the other countries I visited. While abroad, I was able to connect with a couple of my classmates from my home college because they are international students from Vietnam. They gave me tips of things to do or places to see and I was able to experience their home country. It really helped my friendships with these Vietnamese students grow. I did not think I would fall in love with the country as much as I did. It was a once in a lifetime experience and I cannot wait to go back to Vietnam some day! For now I hope to inform my friends all about Vietnam and hopefully convince other people to visit the country!

What would you improve about this program?
One area that the program could improve on is communication with people who are coming in from schools other than Loyola. I am not a Loyola student and it made it a little more difficult for some things. I would have liked to have more information about things such as the different online programs used because I was not well informed. It was hard to figure out things such as Sakai and the email since I did not get much information before hand how to work them. I would have also like to have more details about the Loyola program and Vietnam, because the Loyola students seemed more prepared than me for what to expect. Another thing that could be improved was that we had midterms and then we had finals only a couple weeks after the midterms. It would have been better if we had more time between our finals and midterms because the last month or so was stressful for all our classes.
16 people found this review helpful.
Helpful  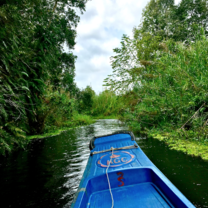 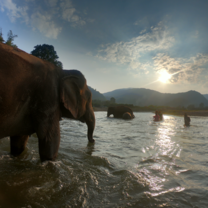 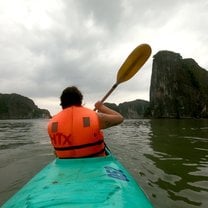 What would you improve about this program?
Nothing
16 people found this review helpful.
Helpful  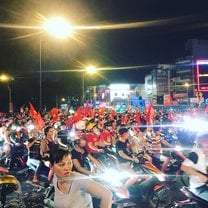 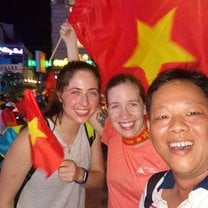 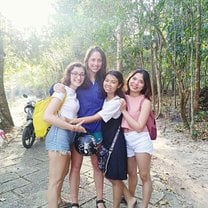 Vietnam has provided a unique opportunity to explore a culture unlike any other. Future participants should come with an open-mind so they may best appreciate a new lifestyle. This program has helped shape the way I view the world. Visiting a foreign country has shown me an entirely new and beautiful side of life. The class excursions were some of my favorite memories from the trip, because they allowed us to explore the areas surrounding Ho Chi Minh City.

My experience was so special to me because it was the first time I had ever left the United States and the second place I’ve traveled outside of my hometown in Ohio and where my college is located in Chicago. Vietnam defied all expectations. The teachers were caring and truly wanted to create valuable and buildable class discussions. The Vietnamese Student Partners became some of my closes friends in only a few days and I was able to learn so much about the history of Vietnam and it’s outlook for the future. I traveled all over Vietnam
from the Mekong Delta to Hanoi... along the coast in places like Hue, Nha Trang, and Mui Na. Being back from the program I have realized how much I appricated the study of other cultures and I have began studying other cultural backgrounds and languages. Some of the cultures I am looking into right now are Myanmar, Bangladesh, and India. I find it so important to learn about a countries history before traveling there and my travels in Vietnam has only enforced that mindset. For future participants I would tell them to embrace every second even the bad days because there is always beauty to be seen and opportunities to be experienced. 4 months of course isn’t enough to completely understand another nation, it’s history, and it’s culture, but I challenge all new participants to learn and grow as much as they can in the time they are given. One major tip I suggest for new comers is to keep their phones in their pockets. Of course a picture here or there will not hurt, but being in the moment and experiencing everything without a digital screen between you and the world makes it a more wonderous experience. I promise you that you can live without your phone for a few hours and not miss it a bit. Vietnam truly helped me grow into a person who wants to see change in the world and will stop at nothing to make any impact, even the smallest impact, to help change this world for the better for all its people.

What would you improve about this program?
One improvement I would suggest is to create better communication about excursions and the expenses that some students may face for each excursion.
16 people found this review helpful.
Helpful  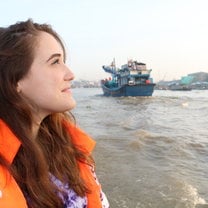 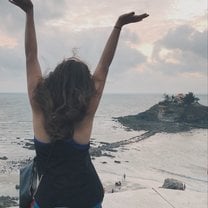 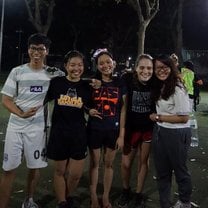 I think the most remarkable aspect of my experience abroad in Vietnam was the community between the American students and the Vietnamese partners. We lived in the same dorm, which strengthened our connections as we could quickly make plans and meet. The fact that we were assigned a group of Vietnamese students to be our partners made feeling like a local that much easier. They were so enthusiastic to show us their city and their favorite spots, immediately integrating us into the culture and the country. Without their enthusiasm and insight, I would never have felt like I truly lived my experience, or lived in Vietnam. Something that stuck with me from the very beginning of the program was the fact that we were living abroad, while other programs only let you study abroad.

One of the tips I would give other students doing the same program is to really get to know and befriend the Vietnamese students. They are a boundless resource and each have unique backgrounds and experiences that they are dying to share with you. I really got to know many of them, even writing one of my final papers on one of my partner's family, and the socio-political impacts of their situation and actions. Learning about their lives and their families is extremely eye opening and essential, and some of my favorite experiences were the long conversations I was able to have with my Vietnamese friends.

What would you improve about this program?
Although I understand the limitations with cost, I would have loved to have some of the same trips we took with the program (Mekong Delta, Cambodia, Hanoi) to also include our Vietnamese partners. Many of them don't have the opportunity or means to travel, even within their own country, and it would be really special to see how they interpret and make sense of everything we saw and learned on these excursions.
19 people found this review helpful.
Helpful  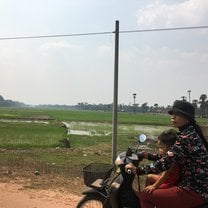 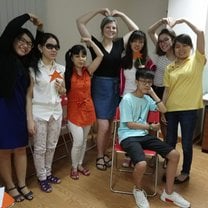 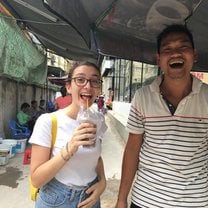 Studying in Ho Chi Minh was life changing for several reasons that I can never get over. First, Loyola made the process easy and swift, while keeping the prices extremely low. Second, the price of living in Vietnam is not even relatively close to the United States, so everything on my bucket list was checked off and more. Third, the professors at Loyola's Vietnam Center are great resources to get acclimated to the Southeast Asia 'climate' (whether that be the cultural norms or the actual weather). Lastly, the excursions alone are worth studying abroad here. I seriously could not have been more thrilled with my choice to study abroad in Vietnam, and once I graduate, I will have to find my way back. I recommend not passing up this study abroad experience for all the reasons not even included in this review!

What would you improve about this program?
Personally, I don't think it is possible. One of the best unrecognized programs in the country hands down.
14 people found this review helpful.
Helpful 

I studied abroad at the Loyola Vietnam Center spring semester of 2016, and I couldn't have made a better decision. It was such an immersive and eye-opening experience, nothing short of life-changing. Some of my favorite experiences abroad include canyoning in Đà Lạt; watching the sunrise over the sand dunes in Mũi Né; eating tarantula in Cambodia; exploring Angkor, one of the most important archaeological sites in South-East Asia; kayaking in Hạ Long Bay; teaching English in Saigon; and meeting some of the most wonderful people along the way. If you’re looking to step outside of your comfort zone, immerse yourself in a rich and vibrant culture, and have the experience of a lifetime, then the Loyola Vietnam Center is the program for you! Hẹn gặp lại Việt Nam - I'll see you again soon! 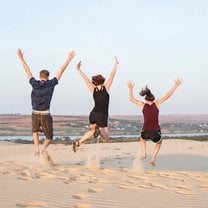 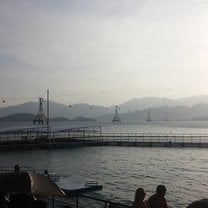 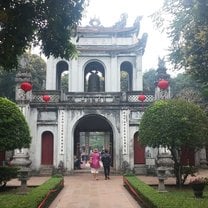 Ho Chi Minh City, also called Saigon, is the nation's largest city and economic hub. To get a good sense of the city, it's recommended to explore the french district and experience the lingering french motifs in Vietnamese culture.

Global Awareness. It's an essential part of the Loyola experience and one of the five characteristics of a Jesuit education. From opening the John Felice Rome Center in 1962 to becoming the first American university in Vietnam, we've established a wide global presence. Our mission is to provide students with transformative education abroad... END_OF_DOCUMENT_TOKEN_TO_BE_REPLACED 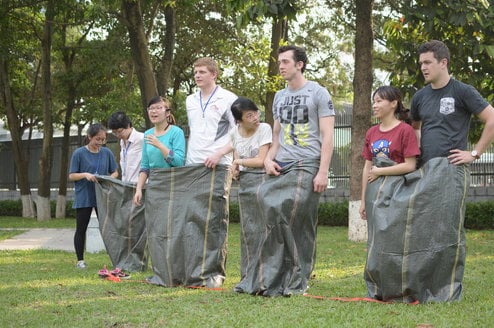 Study Abroad in Vietnam with ABROADER 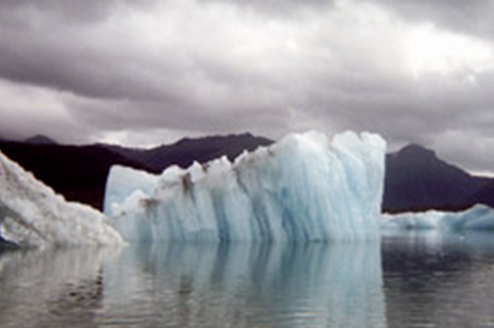