The purpose of Ivy High School is to provide high quality secondary education in liberal arts, science, citizenship and pre- professional studies at both junior high and senior high levels. In order to cultivate altruistic and leaders with global vision who have the ability to integrate faith in learning and creativity to meet their individual expectation and the needs of social development, we follow the principles of carefully selected faculty, caring for the students, on ethical emphasis and teaching in accordance with students' aptitude.

To fulfill our goals, we educate students to meet standards of being future leaders who must have knowledge and courtesy, skillfulness and ethics, erudite modern knowledge inspired by ancient wisdom, and a coordination of essence of Sino- western culture. Academic achievement and English capability are equally emphasized. 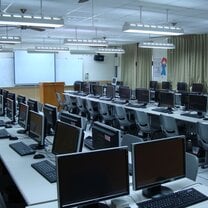 The school is well organized but the management has been lacking for a few years. The materials are below the acceptable level for high school students and I did not feel they were being prepared for a University overseas.
One thing I did appreciate was that discipline was high and they did not let students abuse their teachers unlike other private high schools in the area.

I had a great experience at Ivy. I taught ESL and Social Studies.The students vary in their abilities, and are open to working to learn. Taichung has a lot to offer for a smaller city, a good alternative to Taipei, but not too far from it either. When I was there, the day started around 730, and ran til 5, and we usually got a few 30 minute planning periods. Texts were available for History and Geography, and the ESL programs used Live magazines, which had lesson structures to start from that the students responded to fairly well. Teachers were given a free rein to develop curriculum and plan their programs.

After 4 years on the card at IVY I must admit its pretty hard to complain about the program. Its kind of a 50/50 place. When its good, it's real good, and when its not well you get the point. the Low down is this; The pay is average at best(with very little chance for a raise or rise in the ranks..as there really are no ranks),but this a salary gig which means that all holidays are paid for(including chinese new years and summer vacation). The kids(12 to 20 or 7-12 grades) are freakin awesome( well mannered and behaved, and most have some English skill to start with(which means no apple, apple, banana,banana classes), thus providing an overall good experience. The living situation in Taichung is a tricky one. The city itself is just not that exciting of place, its a much more laid back scene in comparison to Taipei. Ivy is not in the city, its in the mountains, which is a nice looking area, and much more laid back than the city. One can get really nice house or apt for 500 us a month, lower if you choose to have a roommate. Taipei for a good time is only a hour away on the HSR(for about 700nt(25us)) The Chinese staff is really nice, and aims to help whenever they can. As far as teaching goes, well its strictly ESL at about 25 hours a week. The books are good and the testing is pretty easy. All in all i would say its a solid gig, and taichung is a solid city. Not that great, but certainly nowhere near bad.

Okay, I may have been stumped on the title to this review, but don't hold that against the teachers and administrators at Ivy. After a near half decade working the kindy and buxiban circuit in muggy Taipei, I felt a bit exhausted and frustrated by that scene. Specifically, the facilities were usually somewhat run down, the supplies and resources were often limited and the staff from administration and management were less than supportive.

My experience at Ivy was worlds different (read: better), and aside from a hiccup at the end of my journey (that should be rendered moot due to a departing ex-manager), I have mostly very positive sentiments towards this school. You should only apply for this sort of position if you're prepared to work diligently and dedicate yourself to the craft of education. This is not a job for those who are against preparatory work, extra time spent to fashion grades and give students extra work, or for the traveling backpacker who prefers to call in sick (read: drunk) to work on a daily basis. You'll be doing yourself and your students a disservice if you peddle your wares at Ivy.

To those who are looking to become better teachers; for those looking for a modicum of stability and the chance to feel like a teacher (rather than a dancing smiling foreign-faced monkey), this may be the place for you. Things have changed over the years, as funding has slowly disintegrated the dedicated English-intensive department. It used to have Literature, Public Speaking, Science, Math (and more) subject-focused foreign staff, not to mention an amazing few Taiwanese teachers. Whilst this department has dwindled in size and scope, when I left Ivy at the end of 2010 it was still a place that afforded instructors more power and responsibility that most other employers on the island.

A teacher at Ivy gets to plan his or her own cirriculum, from top to bottom, even including choosing the text books that are ordered and implemented during the school year. You'll be creating your own tests (quizzes and also 3 major midterm/final exams during each semester) and of course tabulating grades based on student performance on your own. You won't be expected to come in every other weekend to do demonstrations to attract new students, although there will be a few times each year when management plans dedicated events for bringing in new students. These are busy and intense times, but they are few and far between.

I came to Taiwan as a traveler, looking for adventure. I found a calling that, nearly a decade later, took me back to America, to work on my Masters in Education. Working at Ivy for 3 years was the fine polish, that made me into the teacher that I am too. The experience was invaluable, and if this sounds like something you're looking for, I recommend you tuck in your shirt, put on a tie and head over for an interview.

The purpose of Ivy High School is to provide high quality secondary education in liberal arts, science, citizenship and pre- professional studies at both junior high and senior high levels. In order to cultivate altruistic and leaders with global vision who have the ability to integrate faith in learning and creativity to meet their individual... END_OF_DOCUMENT_TOKEN_TO_BE_REPLACED 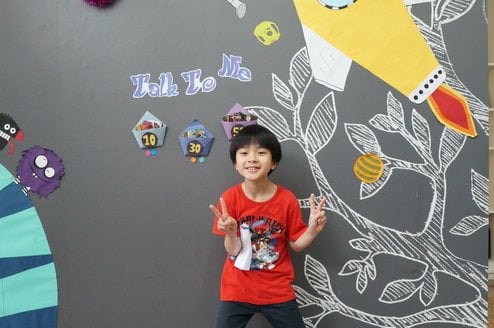 Teach English in Taiwan with BigByte

Taiwan
8.25 •4 reviews
At BigByte, they call it learning, we call it fun. At Big Byte, you...
View Program 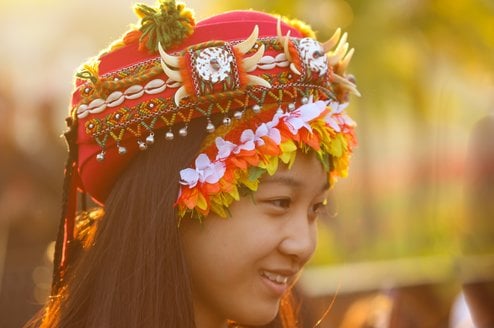 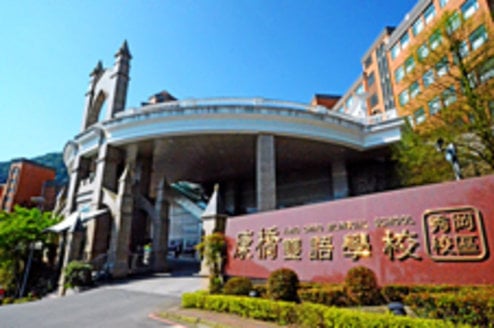