Valparaíso and Viña del Mar are coastal sister cities 68 miles northwest of Santiago. A city of seafaring traditions and grand hilltop views, Valparaíso is known as “the Jewel of the Pacific.” Valparaíso functions as the primary commercial harbor, naval base, and seat of political power for the country.

ISA Service-Learning provides opportunities to serve in local community centers, clinics, education centers, and many other community-oriented organizations in Valparaíso and Viña del Mar, Chile. Throughout your program, you will participate in an academic program aimed at helping you critically reflect on your experiences in Chile.

Each service-learning placement is unique, so visit the ISA Service-Learning website to learn more about the specific program options available in Chile. We especially recommend our Chilean sites to those interested in working with people who have special needs or in education.

Through participating in ISA's Service Learning Program in Valparaiso, Chile, I gained concrete job experience and immersed myself in Chilean culture. ISA providing ample support, introducing me to Chilean workplace culture, answering any questions I had, and helping me market my overseas experience to potential employers. By being able to teach English in Chile, I gained tangible job experience from my time abroad that I have been able to take home with me and apply to my undergraduate degree through getting involved in English language programs in the United States. I would highly recommend ISA Service Learning to anyone looking to have a meaningful and immersive experience overseas!

The summer before doing my semester in Chile, I worked at a day camp. One day, I made "water bottle lava lamps" with my campers. They are simple to make (all you need is oil, mostly-empty water bottles, food coloring, and Alka-Seltzer or a similar medicine), but they were a hit. During my semester, I participated in the Service Learning program, and spent several hours a week at a school for children with various special needs. Through helping the teachers with daily tasks and working with students, I got to practice skills from both of my majors (Psychology and Spanish) and familiarize myself in a unique way with another aspect of Chilean culture.

Toward the end of my program, I asked my ISA program staff, and later one of the teachers at the school where I was doing Service Learning, if I could do the project with one of the classes I helped in. Everyone approved. After I found all of the supplies (the Alka-Seltzer the morning of due to a couple of miscommunications), I lugged it all to the school on the bus. Even though they had autism, the kids in this particular class were older than my campers, so I wasn't sure how they'd react. The teacher had told me that they had done the experiment before without the medicine, so I was hoping that the medicine would be enough to hold their interest.

Thankfully, it was. I think it actually made it better that they had done a form of the experiment before, because then they were surprised when they saw how the medicine made it even more exciting. The teacher enjoyed it too, so much so that she asked if I'd be okay with using the extra oil to do it with the kids in the afternoon class as well. (She had some extra water bottles, but the kids in the first class were so into the experiment that they used all of the medicine, so the teacher would go get more during our lunch break.) Although I was skeptical if the younger kids could handle it, I agreed.

As it turned out, the younger kids loved it even more than the older ones. We only had three bottles, so they had to share and take turns, but it still went better than I had anticipated. It was more fun to watch as well, because they were amazed by every step of the experiment, and not only by the medicine like the older kids were.

I'm really thankful that I got to do Service Learning with ISA, and days like the day I did this experiment are part of the reason why. Even though it was a little harder than I thought to prepare for the activity and it didn't go exactly as I had planned in my head, everyone still really enjoyed it. I also appreciated having the opportunity to take initiative and use my previous knowledge and improving language skills to share an appropriate activity that they could also use in the future.

What would you improve about this program?
I think having more concrete information before leaving would have been helpful, but I know part of that is a cultural difference in terms of "need to know now" versus "it'll happen."
Did you find this review helpful?
Vote up! 0
Vote down! 0

When I was in Patagonia, I went to the Nao Victoria Museum, which is right along the Straight of Magellan. Geeky personal highlight of the weekend. :)

This shot is from Torres del Paine National Park in Patagonia. :)

This is the view from Cerro Barón, near the university. Pretty neat. :)

END_OF_DOCUMENT_TOKEN_TO_BE_REPLACED 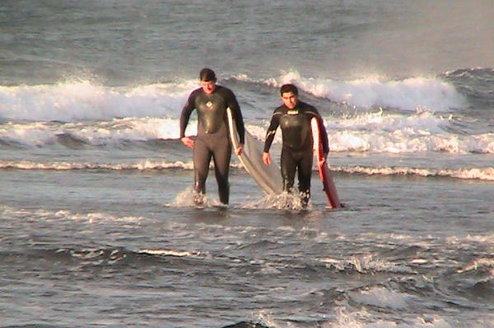 This program involves volunteering: teaching English to children at a... 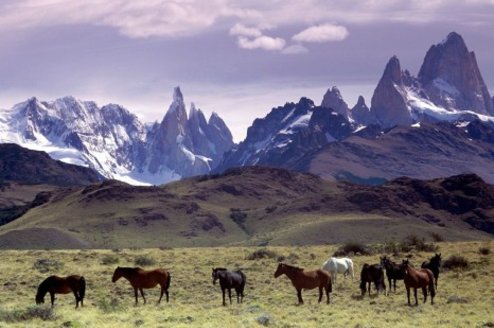 Ecological volunteering helps the relationship between people and...