WHY - 95% of students in rural China cannot go to college. Education inequality remains one of the most pressing problems in the world.

HOW - Through our hands-on service learning opportunity and experiential workshops, we develop next-generation global leaders and social entrepreneurs that can generate innovative solutions to tackle education inequality.

WHAT - A 15-day transformative experience encompasses:

- Teaching in rural China.
- Exploring Beijing and Shanghai.
- Connecting with social entrepreneurs and making an impact by creating projects that have tangible effects on the underserved community. 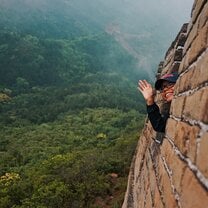 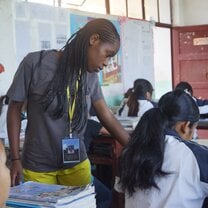 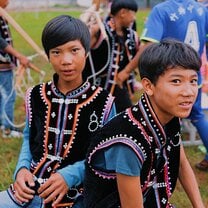 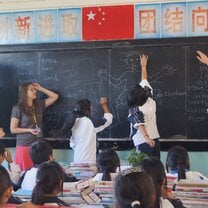 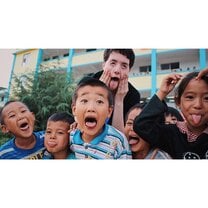 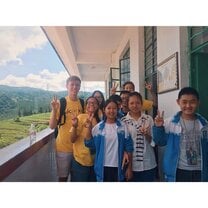 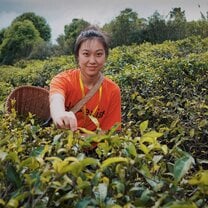 Our goal is to provide volunteers with a hands-on experience and empower them to discover their passions in the service of others and build critical skillsets such as global competency, leadership, and self-confidence to become next-generation global leaders and social entrepreneurs.

Last summer, I checked one thing off my ”To-Do List Before 30”. I was teaching at a local middle school in the poverty area of Yunnan, China for a week. It was due to a cruel fact I heard which 95% of children in rural China won’t go to college. Besides that, I believe one should do something meaningful or inspiring to the world during lifetime. 💌

When I finally stood in front of the blackboard, I realized education is not something easy. It is a heavy responsibility that can impact a student’s whole life. 👩🏻🏫

🌟 I’m so grateful for this journey, for friends who went along, and for the students who called me a “teacher.”

There are too many cute pictures and wonderful memories. I hope I’ll get back there soon!! 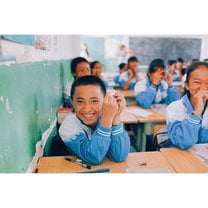 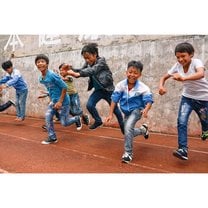 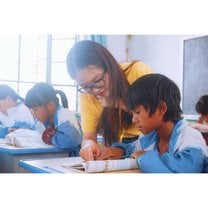 I participated in this trip twice, my first two trips to China, and the experience was life-changing for me. While it reinforced my love of teaching, it also opened my eyes to communities in need and the good that improved education and resources can do for them.

Yunnan is a gorgeous but remote mountainous area where it's difficult for the minority groups who live there to receive support in education and living conditions. This trip aims to help students in these areas by inspiring them to continue to study and grow and achieve academically where many of them would ordinarily finish study after middle school. The students truly enjoy having the volunteers visit and work with them and gain an alternate perspective on what their education could be like.

Every moment of engaging the students, whether it was in the classroom, on the sports field, or just during free time, was tremendously rewarding for the volunteers. Especially for those who are from a more well-off area of the world this experience can be eye-opening. In my case, it inspired me to not only continue doing service work in the future but also to move to Asia and learn more about cultures different from my own.

Importantly, the Yunnan portion of the trip is not the negatively-viewed "voluntourism" that some trips are. The students get an experience that they would be unable to otherwise and that makes the trip come off as even more rewarding.

The visits to Beijing and Shanghai make up part of the tourism aspects of the trip and are definitely interesting experiences for those who haven't seen each of the two cities before. All in all this is a wonderful opportunity for all involved!

What would you improve about this program?
While it's difficult to do so given the context of the work, sustaining continuity with the schools and organizations the program partners with is important. As the program grows older, I have no doubt those connections will continue to strengthen and further benefit the communities in need.
32 people found this review helpful.
Helpful 

My trip to China was my second trip out of the country, my first being India, which prepared me for the rural areas very well, as we had hiked the Himalayan mountains which had similar landscapes to the rural areas of the Yunnan Province. After getting off the plane in Shanghai and driving to our hotel, it was quite obvious that there were parts of China that were much more developed and better off than others. Shanghai was a very “touristy” place, as it is the biggest city in China. I personally do not like being a tourist, and prefer to blend in with everyone else. I felt the same at the end of our trip in Beijing, which was also like Shanghai in the respect that it was a city made for tourists, between the Forbidden City and the Great Wall. After leaving Shanghai, I wasn’t sure what to expect in the Yunnan. Kunming, the capital city, wasn’t nearly as big as Shanghai or Beijing, but it was still a fairly large city, with its share of rich and poor. It was not until we piled into a Mercedes Benz van and a Buick SUV that our journey really began.

We began our teaching journey at the HongTa School, which was the poorer of the two schools we went to. The students and teachers were very happy to meet us. It was clear, from the first day of teaching, that there were good classes, which were very advanced in English, and bad classes, which the teachers had dropped. I originally preferred to teach the good classes, as it was much more fun, since the students grasped the information faster. I quickly realized, however, that it was more important to teach the lower classes. The biggest challenge as a teacher of the lower classes was giving them confidence. Their own teachers had essentially given up on these classes, and it was our job to get them interested in learning English again. Unfortunately, as we were unaware of at the time, the teachers at this school had a harder job than we realized. After our second day of teaching the students, we had a meeting in the evening with the teachers. They told us of their rigorous, and what we would call outrageous, agenda from the Kunming education board. They were required to give tests three times a week, and the test were premade by the education board. The teachers have no choice but to teach to the test, because if their students get bad grades, the teachers have to talk with the principal. The way they made it sound, a talk with the principal is not something you want to have happen. We brought up the possibility of encouraging students to follow their dreams, but that was immediately shot down. The teachers referred to this idea as stupid, since there was a very slim chance that any of these kids would become professional athletes or musicians. Also, if the students’ parents found out that the teachers were telling them to strive for “silly jobs,” the teachers would probably have to have a meeting with the principal. After this discussion with the teachers, we were all obviously saddened by this news. I, however, decided to take a different perspective. We obviously can’t change the ideas that the Kunming board of education has, but we aren’t under their control. For the short time we were at both schools, I had one goal. My goal was to encourage at least one student who was before disinterested in learning English, to strive to be in a higher class.

On our second to last night at the HongTa School, we performed for the kids, and it was the most fun concert I’ve ever played. I’ve performed for over five thousand people in the past, but none of it compared to the concert for the one thousand students at the HongTa School. We performed with guitars that were very hard to play, with microphones set up all around us. They didn’t have enough mic stands for the guitars and my voice, so Melody (the founder) was my vocal mic stand. The setting, however, was perfect. Their outside stage was the perfect size, it was a clear night, and the one thousand students cheered like there were one million of them in the audience. That was our final gift to the students, our music. With the continuation of this project, I hope that we can inspire more students, inside and outside the classroom, and build connections with students in other schools in the Yunnan Province.

What would you improve about this program?
It can be improved by being run more often! I have gone twice and loved it both times!
33 people found this review helpful.
Helpful  China
5.00 •2 reviews
Are you the kind of person who enjoys helping others? Are you looking...
View Program Volunteer Teaching to a Host Family in China with CHI 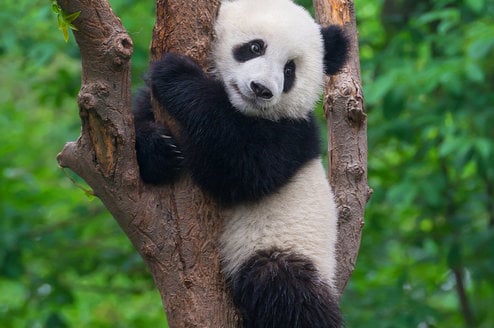 China
The panda has become a symbol of China and conservation efforts around...
View Program