For more than 3 years, Global Works has been an industry leader in community service-based adventure travel programs for high school students and custom group trips. Much more than a vacation, Global Works international trips are the bridge for meaningful cultural exchange with people around the world. In all of our locations, we partner with communities and organizations to select and implement grassroots service projects that make an impact.

If you have been on an unforgettable journey with Global Works, but can't find your specific program, here is where you can leave a review! 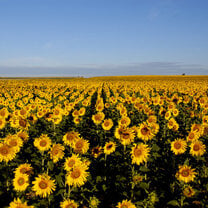 I loved my homestay and family and the all the children in the village. They were super sweet and I learned the culture of Fiji from them. The scuba diving was super scary at first but our teacher helped me to try again and Im glad he did! I loved it and I learned to grow even if I was afraid.

What would you improve about this program?
make the trip longer :)
18 people found this review helpful.
Helpful 

I still think about Fiji almost every day. I had the most amazing time, and met the most amazing people. The first two days of preparation before the village gave us the perfect mix of down time to get to know one another, and time spent learning about what we were going off to do. I loved the big hike to the waterfall, it was very rewarding, along with the sunrise hike which was beautiful. At night a lot of the kids, myself included, would get to interact with the Fijians and sit around the Kava bowl, and hangout with the other teen agers. They were SO cool, and taught us a lot of cool Fiji stuff. Activities like that and snorkeling and scuba diving were great experiences I don't usually come upon in my daily life.
The service work we did was tough but worth it. We would spend hours mixing cement for the building, but when we got to sign our names in the stairs it made it feel like we really accomplished something big. Trash clean ups were fun because we got to go off with friends.
I did happen to be one of the group members that had health issues however. I got a nasty bug bite on my leg, but right once I brought it to my leaders attention I got taken to the doctors office. Afterwards, I caught a cold and they had me take a couple of days to rest. Last of all, I got hives all over my body, which no one really knew what to do about. That was the most aggravating because it was very itchy, but eventually went away. It all made me a lot tougher though, so I really didn't mind too much.
My group also did have issues with a few kids getting sent home. It was honestly so long ago that I'm not upset about it anymore, but at the time it was very hard to handle. The whole group was very upset with their leaving. I was just so happy I didn't do anything to jeopardize my trip, but I missed the ones that got sent home very much.
Overall, it was an amazing experience. I have such good memories from it, and would go back in an instant if I could.

What would you improve about this program?
The leaders need to be more upfront with the repercussions for when kids do something wrong. I know that the kids that got sent home on my trip did break rules, but they should have been more aware about the seriousness of breaking rules. If they knew how bad the punishment would be I bet they wouldn't have done it. Also, we did a lot of scavenger hunts which I just didn't find fun.
17 people found this review helpful.
Helpful 

This trip was not all I expected it to be.

Although the group of students on my trip was great, the staff and how the trip was run overall was somewhat disappointing. Mostly everyone on the trip was very responsible and wasn't trying to get in any trouble, yet the staff was incredibly overbearing and ridiculous at times. One particular staff member was over involved and tried to constantly hang out with the students when we were trying to have time with our friends. She meddled into our business and asked us questions that were sometimes strange. She even provoked students and ended up yelling at them in public locations such as calling one girl out at a pizza place. The other staff were also somewhat of a let down as they tried way too hard to control everything we did. I understand Fiji may not be the safest in certain locations, yet I felt as my hand was being held the entire time, instead of letting me enjoy the experience.

As for the safety, there were many times throughout the trip where i felt as if we were not in the safest of locations. One particular "hotel" we stayed at was located directly behind a village we did not know. This was a bit scary as we were living basically within this village and didn't have locked doors on our room or any safety measures.

As for the food and drink, this was also a large disappointment. We were insured that we would have clean water to drink from and were deceived by our trip leaders once again with this. After giving us clean water for the first few days, after we arrived at the home stay things changed. We began getting rain water that had been treated with certain chemicals like bleach. On several occasions we found parasites and other live bugs swimming in our water bottles. There was so much bleach and other chemicals in our water at some points where i couldn't even drink it anymore because it tasted completely like pool water and was making me sick. We begged the leaders to get us bottled water and finally after several days of begging and pleading our wishes were granted, but that didn't take away the several days of being sick because of the bleach water. As for the food, this was not the trips fault as we ate traditional fijian food at most places, but it was pretty awful. During the village stay i found myself eating nothing but white rice for ten days because it was the only thing i could actually stomach.

The hostels that we stayed at were pretty gross and rooms were often overcrowded.

Finally, the trip outline that is provided online did not correlate with the actually trip in the slightest. There were many activities promised on the website such as "swimming with dolphins" that were not even on the agenda at all. They were simply used as promotional devices to get people to sign up and this was something that really upset me.

During the homestay, i found that my family was very welcoming and kind the whole time. However, i didn't always feel safe in the village and some villagers made me very uncomfortable.

Although the trip itself was a great learning experience that i took a lot away from. If i had the chance, i don't know i would do it over again. Being sick 17 out of the 28 days was very unenjoyable and the trip was definitely not all i hoped it would be.

Thank you for your honest feedback. We are sorry to hear that you were disappointed by the trip. We greatly appreciate input from our travelers and your comments have been provided to the directors to enhance our future programs. We are looking into the issues you raised with regards to the itinerary, lodging, food and water comments/conditions since safety and comfort of our clients are our biggest priorities. To reiterate, our students' safety is an utmost concern for us and we will not stop until this is investigated, rectified and improved. Again, we feel that open and honest feedback is our greatest ally and that it helps to make our programs better. We have never had feedback such as this on any of our other trips and we will strive to make sure that these issues are looked into and resolved so that this experience is brought up to the standards that have made Global Works an industry leader over the past twenty-three years.

For more than 33 years, Global Works has been an industry leader in community service-based adventure travel programs for high school students and custom group trips. Much more than a vacation, Global Works international trips are the bridge for meaningful cultural exchange with people around the world. In all of our locations, we partner with... END_OF_DOCUMENT_TOKEN_TO_BE_REPLACED 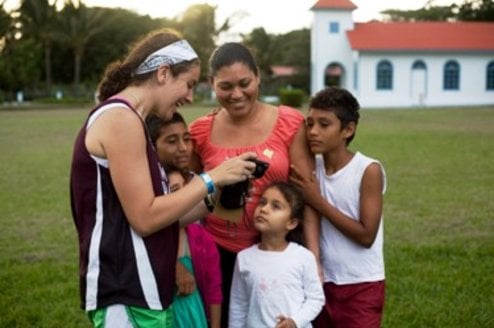 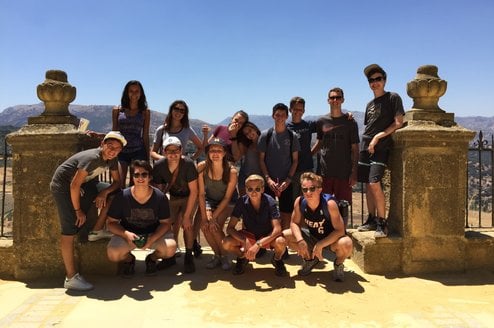 Spain
5.00 •6 reviews
Immerse yourself in the language and culture of Spain. We have a...
View Program