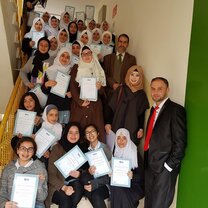 Oxford Center, is an educational center which was founded in 2014 in Hebron - south of West Bank (Palestinian Territory) in order to help increase the level of education in our community. The Center aims to maintain a very high standard of education among students willing to learn a foreign language. Oxford Center is looking for volunteers who would like to work in different fields, especially in teaching English.

The Center is looking for volunteers who are Qualified English teachers (native or advanced speakers ) to support the Center in different methods of teaching , as well as to organize some workshops in teaching English ,and also encourage the local people to speak English with internationals.

Volunteer in the West Bank - Palestine

First of all, the manager of the Oxford center and his staff are really helpful. He literally helped me with everything and I still can't thank him enough for it. He helped me in finding a host-family, providing support during my stay everything. I think it was just three weeks with his help that I prepared my stay. At the center you get a lot of freedom to organize the courses you would like to give. Secondly, I was anxious to come because of an old review you find on this website but I am so glad did because non of it was true!!!! I have experienced the complete opposit. Thirdly, you can also do a lot of activities in the area of Hebron in your spare-time like going to Ramallah, Betlehem, Jericho and the Dead Sea. There's enough to discover and my one-month stay was so worth it!

What would you improve about this program?
Maybe it would be good to be fully prepared about the content you would like to teach. Because in the beginning I have had some difficulties understanding why it's so hard for Arabic speakers to learn English.
2 people found this review helpful.
Helpful 

I spent three weeks in Hebron teaching at Oxford Centre between 30th July and 20th August 2015. I was assigned a classroom with a whiteboard and use of a projector. The students had chairs with those mini tables attached to the arm rest. The atmosphere was friendly but professional. Nearby was the incredible Old Town and The Ibrahim Mosque. There was also a nearby park where we had an end of course party where we handed out certificates. I delivered 3 classes a day: 2 at upper intermediate (Level 1) and one class at Intermediate (Entry level 3).
I took resources on a memory stick which are on the desktop of the computer in the office should any other teachers need to use them. The students were delightful as were the other members of staff. The teaching and learning was typical ESOL stuff. My brief by the centre manager was to get the students speaking. We did interesting readings about politics and culture and had lively formal and informal discussions afterwards which all the students took part in.
My advice to other teachers is to give the students a quick aural diagnostic and to prepare some flexible lessons around speaking and listening. I divided my classes into small groups and they made presentations about their country and a separate one about their religion. This seemed to work well and I suggest similar topics for future teachers.
I paid $150 to stay in really pleasant accommodation several miles away from the college. I had a separate self-contained flat that was attached to a family house. The family were very friendly and showed me around. I was there 3 weeks but I only taught for 2 weeks. I taught 6 hours a day for 10 days (Sun – Thurs). There is no public transport in Hebron so you will either find yourself walking a lot or using the very cheap yellow taxis. For trips out of town to Jerusalem, Bethlehem etc a bus or a shared taxi can be used. These are very cheap and can be found very near Oxford Hebron which is close to the centre of Hebron.
Oxford Centre is also quite close to the Old Town where can be found the old souq and the ancient mosque as well as what is officially known an H1 which is an Israeli settlement in the centre. Despite being against international law this settlement is protected by the Israeli Defence Force who have a strong presence but only in the old town. On Saturday’s the settlers organise a tour under armed guard. Although this is very disturbing it is also very interesting as a visitor and as a foreigner you can join the throng winding its way through the souq as part of what is known as the protective presence. This is a slightly useful exercise as is photographing any soldiers who are seen arresting children or engaging in any acts of bullying.
Apart from the Old Town Hebron does not offer much in the way of tourism. It is however and excellent place to go and volunteer as a teacher. I found it to be the friendliest place of all the West bank towns I visited and that’s saying something. People went out of their way to help me with stuff and never hassled me. Oxford Centre was an excellent host and enjoyable place to work.

Oxford Center, is an educational center which was founded in 2014 in Hebron - south of West Bank (Palestinian Territory) in order to help increase the level of education in our community. The Center aims to maintain a very high standard of education among students willing to learn a foreign language. Oxford Center is looking for volunteers who... END_OF_DOCUMENT_TOKEN_TO_BE_REPLACED 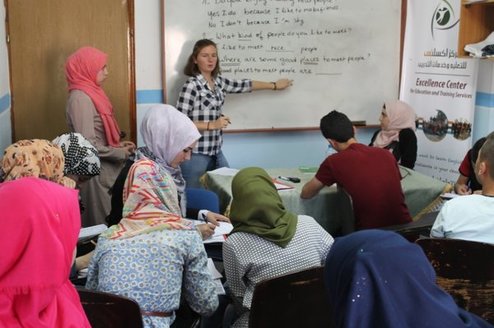 Volunteer and Study Arabic In Palestine

Palestine
9.31 •163 reviews
Are you interested in coming to Palestine? Would you like to live with...
View Program 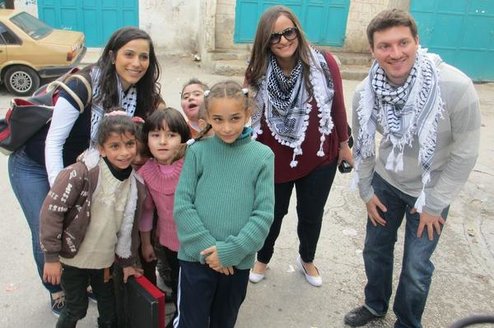 Make a REAL difference in Palestine with Love Volunteers! 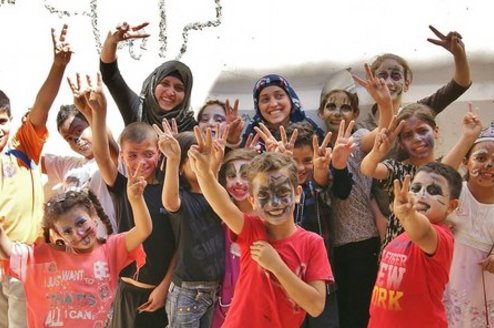 Women's and Children's Development with Karama