Rachel at the Day Care Center in Phuket

Building strong ties with kids in the Art Relief Program

Bathe and feeding the elephants at the Elephant Sanctuary Program

Thailand, the "land of smiles", is synonymous with white sand beaches, delicious exotic food, and warm smiley people. It is also a place with unlimited opportunities to create positive change through our service learning programs and your enthusiasm. Bring back with you long lasting memories of an accomplished assignment, of all those new friends and people you met, and of a captivating time abroad.

Our programs in Thailand are divided in four areas.

1) Education: Teach English in Phuket or Chiang Mai and make a make a difference in the lives of young children.
2) Conservation: Lend a hand in conservation efforts on the coasts of the Phuket and the Andaman Sea.
3) Animal Care: Volunteer with rescued elephants in Chiang Mai or abandoned cats and dogs in Krabi.
4) Social Development: Join local community efforts to transform the lives of struggling social groups through art and education of resource management for sustainable development.

Volunteer in Thailand with Volunteering Journeys

Volunteer to Help Street Dogs and Cats in Phuket, Thailand!

Dog Rescue and Shelter in Thailand

With a background in social work, I have always loved working with children. After a strong urge to travel and having completed my TEFL (Teaching English as a Foreign Language) course, I set off for Thailand with the help of the Volunteer Bay, managed by Pedro and Vida.

Besides being some of the most kind-hearted people I've met, Pedro and Vida were also extremely helpful in navigating a new country as a single female. I also learned their insider tips on great eats and the best beaches in Phuket, although it was admittedly difficult to find any beach that wasn't breathtaking. Once I began teaching English at a Thai government school, I fell in love with the Thai children. They were very well mannered and respectful with a cute sense of humor.

Having played soccer since I was five years old, I found a "Football League" and also made some friends for life on the "pitch." Phuket has a huge ex-patriot community, so it was easy to make English-speaking friends. Thais are some of the most friendly and happy people I have ever met, so it was easy to make connections with them too. It was much easier to make friends with Thais who spoke English for me, as my Thai was not the best, despite my attempts.

I was able to work on my Thai most with the children during my volunteering time in a local orphanage, since I was able to volunteer there, thanks to the The Volunteer Bay. The children were younger than the ones I taught, and they also spoke very limited English, so it was an entirely new experience with friendly, adorable, smiling faces. I spent time with them coloring, playing musical chairs, playing with clay, and eating dinner. The women who worked here also spoke limited English, but they were always so welcoming, offering me a drink every time I arrived.

Overall, this was the experience of a lifetime and I have friends from all over the world now. It did help that I'm extroverted and sociable in making friends, but you can find your group anywhere. I loved that it was such a cultural experience too; not only did I learn some Thai, but I also picked up their customs and occasionally go to wai (slight bow with prayer-like hands in front) someone in greeting and thanks. Lastly, I can't forget to mention that I experienced one of my new favorite holidays - Loy Krathong. Songkran, the world's largest waterfight, was also an unforgettable festival in Chiang Mai. You'll have to see for yourself!

Next stop... Ecuador with The Volunteer Bay.

As a vet nurse student, i decided to go practice my skills, get some knowledge and lend a hand at Lanta Animal Welfare. A friend recommended to get in touch with the Volunteer Bay, as they specialize on volunteer programs in Thailand.

They were very helpful throughout the whole way, asking all my questions no matter how silly, and helping me with all the details of my trip!

Everything was organized for me when i arrived. The Animal shelter was an experience I will never forget! It was amazing to meet so many like-minded people that were also willing to escape their busy lives to spend some time with dogs in need. There were people from all over the world, some of them tourists that decided to volunteer for a day or two; while others were full on Vets that wanted to have a gap year helping the less lucky dogs while spending the year in paradise. I volunteered for 2 weeks, and the shelter offered accommodation in the premises. On the afternoons all the volunteers will go out and explore Koh Lanta, have dinner from street vendors and watch the sunset from beach hammocks while discussing our big future plans...

After the 2 weeks volunteering, my husband joined me from Melbourne and we did some traveling around Phuket and Phi Phi Islands. Again The Volunteer Bay were very helpful, giving us info on where to rent scooters, which places to go to, which to avoid, timetables for ferries, recommended hotels in each destination and all we needed! We couldn't have felt more at home and comfy dealing with them!

I would definitely recommend volunteering at an Animal Shelter, as well as visiting Thailand and doing so through the Volunteer Bay. Such a welcoming country with so much to offer!

Some of the doggys at the shelter

My husband - walking in the rain Phi Phi Island

What position do you hold at The Volunteer Bay? What has been your career path so far?

Currently I am the Co-founder and Managing Director of The Volunteer Bay. The idea began a few years ago and it was not until last year that we officially launched our site aiming to bring the support of those responsible travelers to grassroots organizations in the countries we visit.

Before I decided to commit to this challenge, I had been teaching English and Spanish, and training English teachers in Korea and Thailand. Originally I'm from Ecuador and began my working experience in the insurance market until I realized it was not something that was making me happy. So I decided to set off and travel abroad to look for new opportunities.

Did YOU volunteer abroad?! If so, where and what inspired you to go?

My first experience volunteering was in high school, in Ecuador, at a national park in a building project of recreational areas for visitors. However, the first time I volunteered abroad was in Thailand, at a children's day care center and then I participated in sea floor and beach cleanups. Working with elephants was probably one of my favorite programs in Thailand, but the experience in Nepal at our Eco Village Program was the most endearing.

My partner and I love traveling, meeting the locals and lending a hand to any need we can contribute to. The gratitude that you feel from those you help, plus the bonds that you make with them and other locals along the way is food for your soul. There's so much to learn from them and so much you take with you when you leave. It's hard not to want to stay longer or to come back.

The Volunteer Bay offers volunteers around the world the opportunity to travel and help local grassroots organizations in Ecuador, Nepal, Thailand and now Costa Rica. Enthusiastic volunteers get the chance to join safe, affordable and educational projects, and enrich themselves from service learning assignments and multicultural exchange. With...

END_OF_DOCUMENT_TOKEN_TO_BE_REPLACED 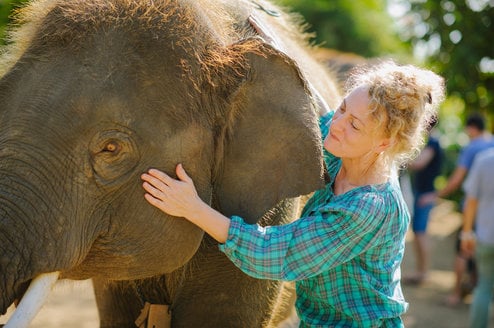 Experience the life of a mahout, or elephant caretaker. Whether it’s... 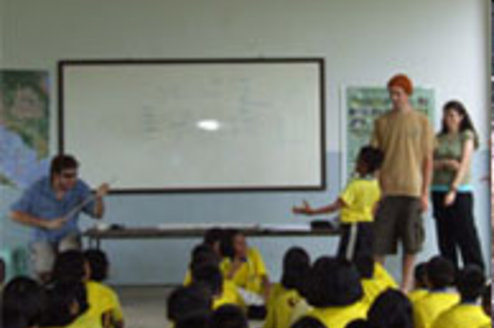 You will work under the supervision of staff at the project and the... 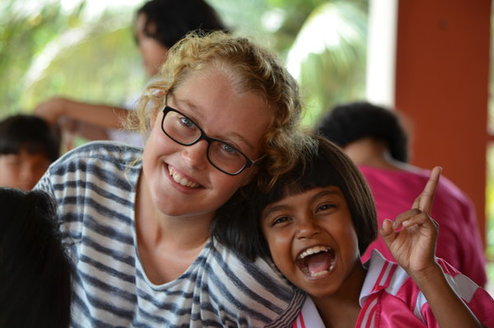 Volunteering at Yaowawit is lots of fun - a big part of your job will...