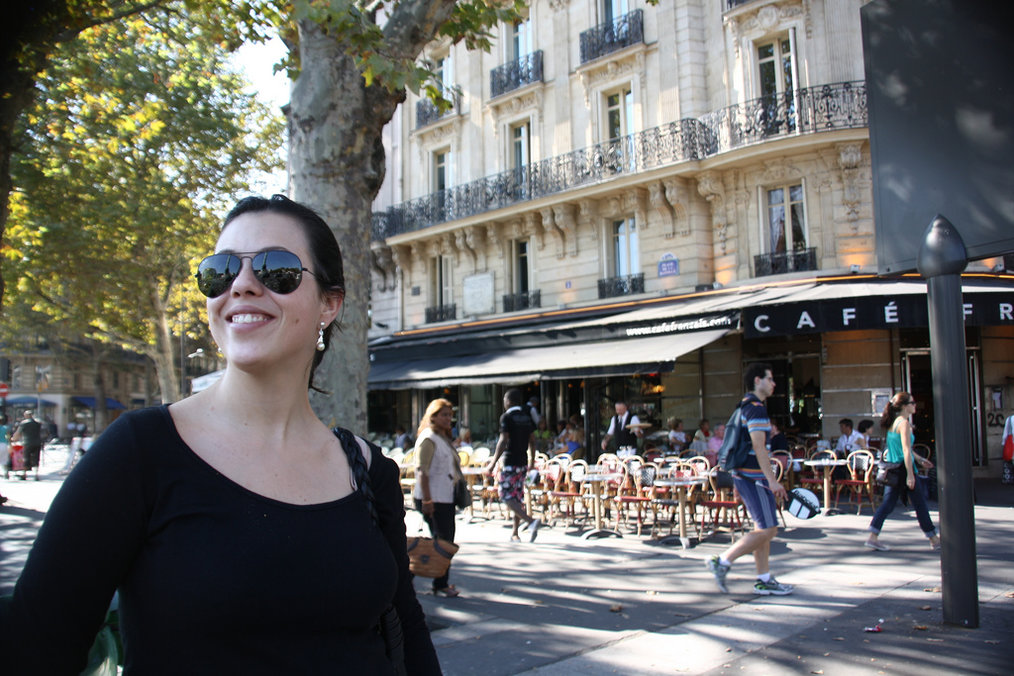 Among the countless benefits of studying in a foreign country, one of the most valuable advantages, in my opinion, is having the opportunity to master a foreign language.

When I was deciding between universities as a high school senior, there was a multitude of reasons that I chose the school that I did, but one determining factor was its location in Montreal, Canada. I completely fell in love with the city when I visited, and I hoped that living in a francophone city and province would help boost my mediocre French to a respectable level. I hadn’t imagined that living and studying in Montreal would become such a pivotal experience that would ultimately lead me to an exchange program in Paris, France during my final year of undergrad.

Whether you’re setting out to learn French abroad with the intention of perfecting your pronunciation or simply hoping to pick up a few French sayings during your stay, below are a few tips to keep in mind before you head abroad.

Living with Locals is the Best Practice

As is the case for learning any language, a total immersion is your best bet at making substantial progress in your French skills. While living with other international students would undoubtedly have value, conversations with international roommates would likely unfold in English. During my own studies both in Montreal and in Paris, when I crossed paths with others who spoke both English and French, we would inevitably find ourselves conversing in English more often than not.

Living with locals, whether in the context of a host family or with native francophone roommates, is absolutely one of the easiest and most accessible ways to guarantee progress in your French.

During my semester in Paris, I was lucky enough to find a French roommate. Since she was interested in improving her English, and I wanted to improve my French, we would teach each other expressions in each language, writing phrases on Post-it notes and sticking them on our living room wall. Living with a local helped me learn colloquial phrases, such as “Je suis à la bourre!” (English: I’m running late!)

Along with living with native French speakers, ridesharing is another (often overlooked) way to practice speaking French and to meet new people you might otherwise not have crossed paths with. During my semester abroad, I spent a lot of time on the road, exploring new places. Ridesharing throughout France gave me the opportunity to meet all sorts of people and simultaneously practice my French. 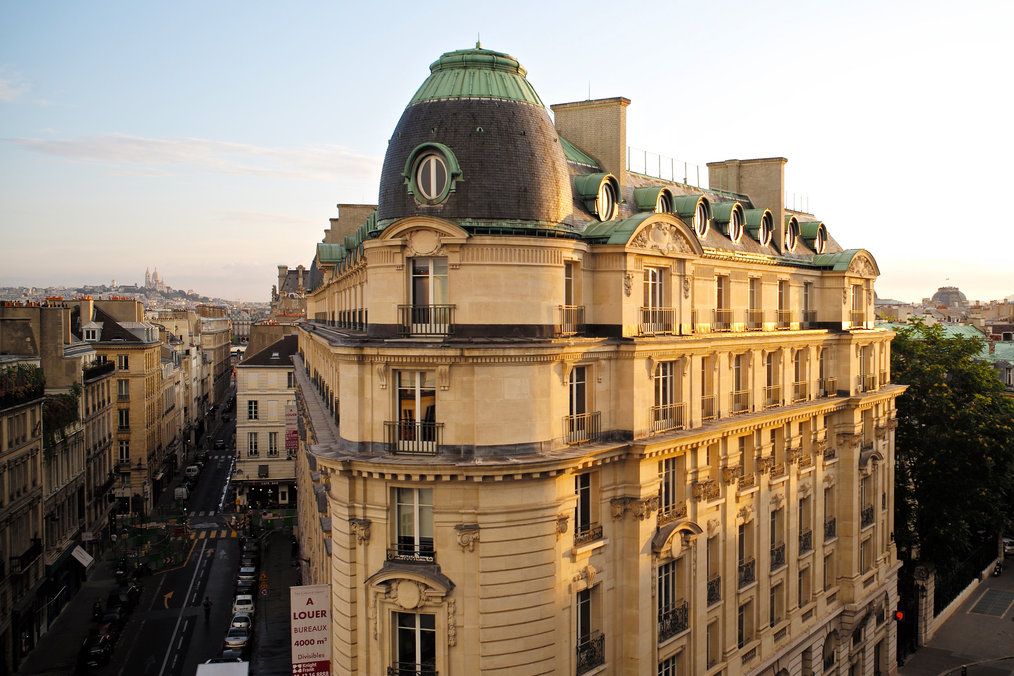 Beyond learning the basic phrases of “Bonjour/Salut, comment ça va?” part of learning French also means learning about the rich culture. This includes mastering the art of la bise. Everyone is familiar with the French custom of greeting friends by kissing each other on the cheek. For people like me, who don’t love physical contact, this can be somewhat difficult to fully embrace. La bise is the standard way to greet friends, acquaintances, and even friends of friends who you’re meeting for the first time.

The first time I encountered this custom, even though I knew to expect it, I was still a bit disconcerted. It felt strange to greet my friend’s parents, whom I had never met before, by pressing my cheeks to theirs and kissing the air next to their ears. To date, I’ve still never done that to my own parents! (To be fair, I think family members hug one another rather than doing la bise, but you see my point.)

It took some time to adjust, but like studying French, after enough practice, la bise eventually became second nature. La bise is as much a part of the language as conjugating the verb être.

You’ll Learn When to Use Vous vs. Tu

As a native English speaker, I was thrilled to learn that French has a plural form of the second person pronoun: vous… that is, until I had to learn to judge situations and determine whether to address someone as vous or tu. In addition to serving as the plural form of “you” (my first French teacher equated it to “y’all”), vous is the pronoun you would use to address someone with more formality and/or respect.

Suppose that you were speaking to your teacher, you would address him or her with vous. Among your peers and others your age, you would use tu, which is singular and more casual. You generally wouldn’t address a complete stranger by tu unless it was in a social context. However, the Quebecois are known to be more lax with this unspoken rule, and it’s not uncommon for them to use tu in situations where Europeans would normally use vous.

Ultimately, using the “incorrect” pronoun is not a grave mistake, and most native speakers will be understanding and won’t hold it against you if you use a different pronoun than they would have. Still, in case you ever have doubts, or if you’d like to err on the side of caution, you can always simply ask, “Est-ce que je peux te tutoyer?” (Can I use tu with you?) … Unless you’re speaking to a group, in which case you should always use vous.

Just as American or Canadian English can vary immensely from British or Australian English, the French language changes considerably from country to country. While Canada and France are the most popular destinations to perfect your French skills abroad, it’s worth noting that there are numerous other countries where you can learn French, everywhere from Switzerland to Haiti to Morocco. As my studies took me to Montreal, Quebec and Paris, France, I’m only able to speak to my experiences in these two regions.

One of the first things about Canadian French that struck me when I initially arrived in Montreal was the accent. Having learned French from a European French teacher in high school, it was jarring, to say the least, to hear firsthand how different the accents were in Quebec. When I first arrived, I couldn’t understand a single word with how quickly people spoke and the variations in pronunciation. It took a few months of full immersion to adjust and grasp an understanding of Quebecois.

On top of the varying accents, I was also surprised to discover the nuances in expressions between Quebec and France. For example, the phrase “On est pas sorti de l’auberge” in France becomes “On est pas sorti du bois” in Quebec. Some phrases differ more drastically than that. For instance, “Y a du monde à la messe” in Quebec would simply be expressed as “Il y a beaucoup du monde” in France.

Related: What to Know Before Learning French in France

Quebec Can Be More French Than France 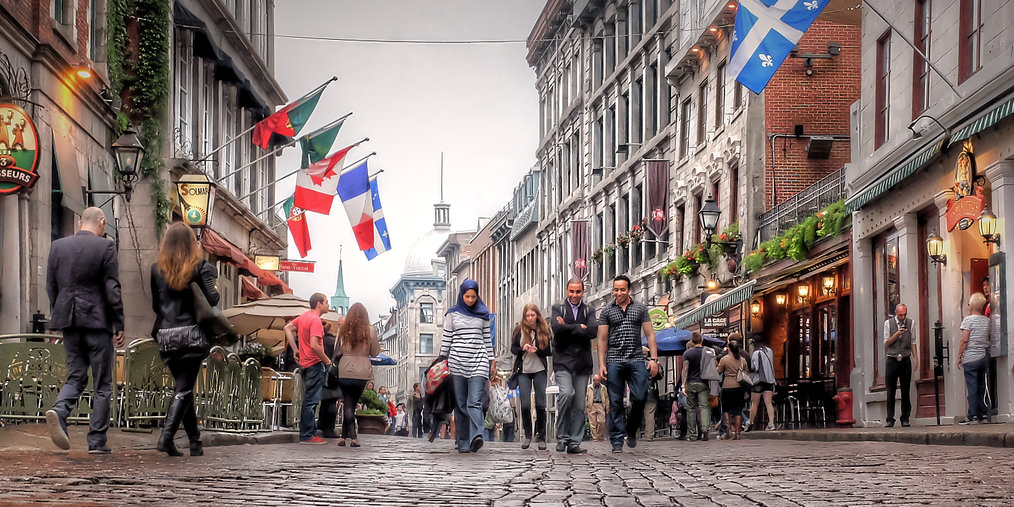 Unbeknownst to many, Quebec is fiercely protective of the French language. Being surrounded by anglophone provinces and governed by a body of largely anglophones, the Quebecois’ care for the French language is understandable. In 1961, the Quebec government created the Office québécois de la langue française, known colloquially as “the language police.” This office essentially regulates the balance of English and French in the province.

Contrary to popular belief, Quebec is not officially a bilingual province; it only has one official language: French. However, as a part of Canada, a largely anglophone country, Quebec provides government services and resources in English in addition to French. Being surrounded by English, Quebec has taken measures to preserve the French language. Case in point, Quebec law mandates that French text on public signs must be twice as large as the text in another language, usually English. (This law was the source of contention in an issue that became known as Pastagate in Montreal.)

A classic example of Quebec’s preservation of French is the use of the language on stop signs. In Quebec, stop signs read “Arrêt,” whereas French stop signs say “Stop,” like in the US and the rest of Canada. That isn’t to say that Quebec hasn’t adopted any English words into its vernacular. C’est cute and c’est great are common phrases you’ll hear in the streets of Quebec, and franglais is quite popular. What’s interesting is that the English words that acceptably sprout up in the language vary between Quebec and France.

Despite the presence of the “language police” in Quebec, Montreal is very much a bilingual city. Upon entering a store, patrons are usually greeted with, “Bonjour, hi.” In Montreal especially, you’ll often hear people begin a sentence in French and complete it in English, or vice versa. Plenty of Quebecois films include occasional lines in English, even if the majority of the film is in French.

In France, while spoken English is less common, almost everyone in the larger cities has a decent comprehension of English. As such, navigating the larger cities without any French knowledge is definitely feasible. English resources are readily available, particularly in areas that are frequented by tourists.

English words have also found their way into the French language in the form of anglicisms, like weekend (week-end in French; fin de semaine in Quebec), shopping, liker (as in, “to like on Facebook”), and checker (as in, “to check one’s email”), to name a few. With anglicisms sprinkled throughout the language, it can be challenging to make the jump from thinking in English to thinking in French.

As an English speaker learning French, I struggled to draw the line between relying on my English to complete my thoughts and using English words that have become part of the French language. With enough practice and the help of French-speaking friends, I learned to identify anglicisms that are widely accepted in French and incorporated those terms into my own speaking.

Because nothing about learning a foreign language is simple, faux amis, or false cognates, are also there to shake things up. Faux amis (literally “fake friends”) are essentially words or phrases in French that sound and look very similar to English words, but that do not have the same meaning.

For example, the words actuel and actuellement in French don’t mean actual and actually, respectively. Actuel means current; actuellement means currently. Librairie means bookstore, not library, which is bibliothèque. Unfortunately, there isn’t a definitive list to reference at any given moment to avoid confusion. The best way that I’ve found to distinguish these is trial and error through practicing my French as often as possible and learning from my mistakes.

Perhaps the most important faux ami misconception I’ve learned is the use of “Je suis excité(e)” to express excitement for an upcoming event. Despite what you might think, this phrase does not mean excited in the sense of looking forward to something. Instead, for these contexts, use the phrase “J’ai hâte de (+ verb)/à (+ noun).” Just trust me on this; you’ll thank me later.

Learning a foreign language is far from easy, but surrounding yourself with the language is half the battle, and the result is always rewarding. Whether you choose to learn French abroad in France, Canada, Switzerland, Morocco, or any of the plethora of francophone countries in the world, your time abroad will be an experience that stays with you for life. Not only will you master French, but you’ll also gain memories and skills far beyond what you’d learn in the average classroom.