If you've always dreamed of living and working in the UK, our famous SWAP UK program is the perfect helping hand to get you started on your new adventures.

Our local staff know how to get you working fast and having fun even faster. Your arrival orientation will get you brushed up on everything you need to know about living anywhere in the UK. We have an exclusive job network and social community waiting for you and whether you’re looking for a new career opportunity, a nice place to live or a fun place to go for a night out, we’ve got you covered.

With a staff that’s been voted best in customer service for 3 years running, you’ll be in the best hands as you start this new adventure. 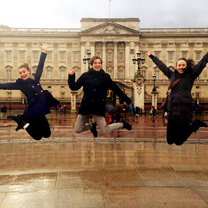 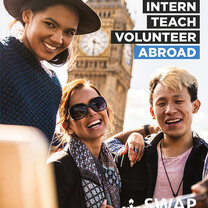 SWAP UK was the first ever SWAP program I did (I've done 4). I was only 19 when I moved to London and what an adventure it was. I needed a break from school and I'd always wanted to travel so it seemed like an amazing way to earn some money and see some of the world.

I'd never travelled alone before and certainly not overseas so having the support of the staff to help guide me was invaluable. The orientation session was so helpful with tips on how to open a bank account, buying a phone, how to find accommodation and a job. The office was equipped with everything you needed for job hunting and the staff were so helpful. The first two night's accommodation were included in the fee and I ended up meeting people there that I am still friends with today.

I ended up only staying in London for 5 months, before deciding to head home and go to university, but that 5 months changed my life and ignited a lifelong passion for traveling. I've now been to over 40 countries and counting.

To anyone thinking of doing a SWAP program, I say go for it. You have nothing to lose and everything to gain, you won't regret it!

When I decided to go on a working holiday to the UK, I had never travelled abroad alone and was nervous. SWAP helped me so much with all the planning that I didn't have the chance to worry about the first steps: they helped with the paperwork and booked my first couple of nights in London in a hostel I knew I'd be safe.

When I arrived and found the hosting centre, I got to meet other travellers at orientation and lots of support from the peppy staff. Having friendly faces there to answer all my questions and reassure me allowed me to put myself out there, take risks, and try new things.

After replying to an posting I found in the hosting centre, I took a job in Oxford at a hotel housed in a 17th century building as well as in a pub (even though I knew nothing about beer). After a couple of months of working and getting to know the city and its surroundings (and randomly seeing Bill Clinton on the street), I spent the pounds sterling I earned on an amazingly spontaneous trip through Scotland, meeting up with old and new travel buddies (many of whom I still keep in touch with).

Even though I only spent 4 months on my working holiday, it changed my life: because I had the absolute freedom to make decisions and figure out what I wanted from this experience (while feeling like I had a safety net should everything go wrong), I'm now more secure in who I am and way more confident to be that person. Since then, I've gone on countless adventures (including a year-long trip around the world) and it's fair to say that it was SWAP that set me up from the start.

Program
Canadians: Work and Travel in the UK

I had graduated from high school and needed a break from school/studying. I had always been interested in the UK and thought working in London would be a great way to earn money and see the world.

SWAP helped me get my working holiday visa, gave me a welcome package, an orientation when I arrived in London and 2 nights of accommodation at a hostel.

SWAP's equivalent in the UK, BUNAC, had an office with job and apartment postings, computers I could use and staff that could help me and answer any questions I might have.

It was up to me to find a job and an apartment, but having SWAP/BUNAC's resources at my disposal was a big help.

SWAP Working Holidays is a non-profit organization made up of passionate travelers who want to help you live, work, intern, volunteer, teach, and learn abroad! We offer assistance with visa paperwork, preparing you for your trip before you go, we book your first few nights' accommodation and then our staff abroad help you navigate living in a new... END_OF_DOCUMENT_TOKEN_TO_BE_REPLACED 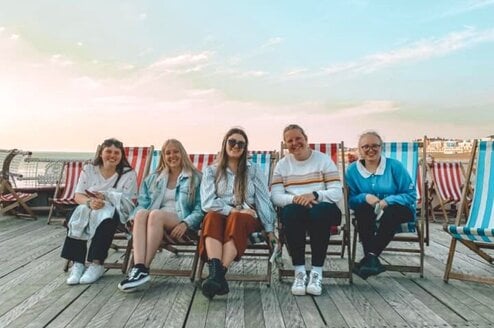 Multiple Countries
A Gap Year in the UK is an experience you will never forget. You'll...
View Program 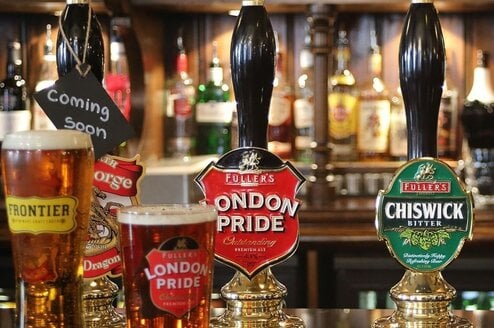 Multiple Countries
Living and working in the UK is a rite of passage experience. You’ll...
View Program