Omprakash interns work in communion with our network of specialized Partners, who assist them in finding a position that is right for them and beneficial to your host onsite Partner in your chosen African territory.

Our award-winning online training and mentorship program, EdGE (Education for Global Engagement), is designed to increase learning, critical reflection, and overall impact before, during, and after the interns' international experiences.

Our 180+ Partner organizations work in 40+ countries on a wide range of projects, with positions suitable for interns with a variety of interests and qualifications. 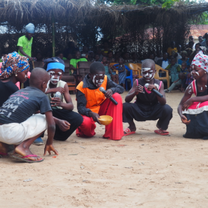 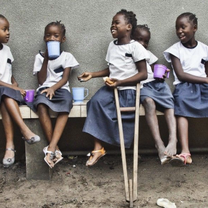 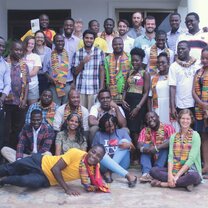 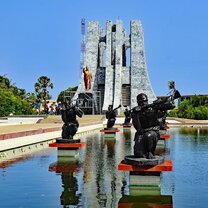 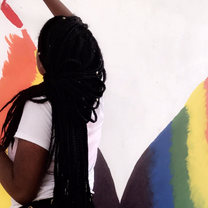 Omprakash is truly a one of a kind organization whose main goal is to first educate volunteers going abroad so that they will have not only a real authentic experience, but at the same time, learn about the ethics, proper awareness, and appropriate ways of helping those in need.

I highly recommend taking their EDGE program as it's truly educational (even for a Returned Peace Corps Volunteer) and will help volunteer travelers have the right perspective, knowledge, and attitude that will help prepare them for their work or projects that they will go into.

Omprakash's fees are also very affordable, transparent, and really mostly goes towards their partners. They even provide scholarships to applicants that might need them.

I'm really thankful for Omprakash and for the wonderful and educational experience I've had with one of their partner organization. I wish many others will also have the same opportunity.

Omprakash employs some of the most amazing people. Throughout my entire experience in the EDgE program, I always had someone supporting me, guiding me, and encouraging me to look at the world in new ways. The online course content provided a range of topics from good intentions vs. unintended consequences, inequality vs. globalization, environmental justice, confronting our context, and praxis: reflection, dialogue, and action. Each week I was challenged to think deeply on each subject, and I finished the course feeling very knowledgeable about the world of international volunteerism. Through the Omprakash network of international partners, I decided to focus on education and social change and coordinated an internship in Uganda as an English teacher and outreach volunteer at an organization serving local street youth. While I was there, I truly felt immersed in a completely different world. Everyday I was learning new things about local tribes, cultural practices, the history of poverty in the area, and so much more. Even better, I could see how topics in the EDgE course related to inequality and education in the area. I ran into some very difficult, unpredictable situations while there. However, despite being on a completely different continent with an 8 hour time difference, the Omprakash team helped me every bit of the way. I felt like I always had someone to rely on who was knowledgeable and willing to go to any length to make sure that I was comfortable. Throughout my experience abroad, I was studying the perception of street youth in the area to write a paper on the topic for my EDgE capstone. Had I not done EDgE or volunteered through Omprakash, I don't think I would have had the knowledge or skills to create a thoughtful research paper like I did. My experience was been a wonderful opportunity for learning valuable skills and personal growth (and I know that I am not unique in that! EdGE rocks and my friends that went through the program with me have equally positive stories). I am very excited to volunteer abroad next summer and to see how my perspective of social change grows and shifts. 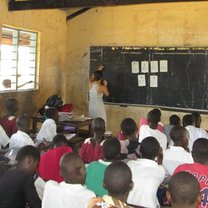 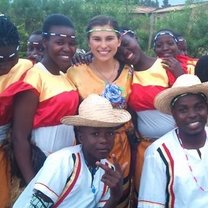 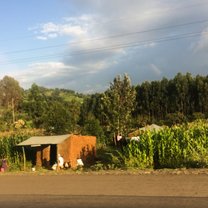 I first came across Omprakash in 2012 while preparing for what in hindsight, became my "gap year" between my bachelors and my masters. I was immediately impressed with Omprakash's plethora of organizations to work with around the world. I knew I wanted to go to Cameroon and work with youth and/or community development - the website was easy to navigate and I was able to find many options that fit my needs. I was awarded a travel grant and became part of the pilot-EdGE program.

For 6 months I worked for two different NGOs in Buea, Cameroon and ended up doing my EdGE capstone comparing the two grassroots organizations. This opportunity not only built my resume, gave my priceless experience on the ground but it also allowed me to make connections and find a paid job to continue my stay in Cameroon. While abroad, I felt immense support from all Omprakash members and both of my mentors. When I had problems or questions - they were right by my side.

Additionally, I visited other Omprakash affiliated organizations during my time in Cameroon which was really exciting to learn about other projects in the country. I highly recommend seeking and internship or study abroad opportunity with them. Their staff is knowledgeable, compassionate and reliable - they have a wide variety of partners around the world so you are bound to find a good match!

What would you improve about this program?
More training and now just for EdGE participants.
7 people found this review helpful.
Helpful 

Program
Intern in Africa with Omprakash
Job Title
Director of Outreach and Curation
Alex is an anthropologist, an explorer, and Director of Outreach and Curation for Omprakash. Alex grew up between the U.K., South Africa, and Singapore, and hasn’t stopped moving since: so far, she has studied, conducted research, or worked in 14 countries. She is an avid believer in life-long exploration; of places near and far, others, and self.

Many of my favorite memories of travel are actually those moments where the line between traveling and living in a place began to blur; the moments where you realize you’re beginning to form close relationships with people and the place, rather than just passing through anonymously.

If I had to choose one standout travel memory – not a favorite memory per se but a formative one – it would be arriving in Cambodia to volunteer abroad for the first time, during my gap year almost a decade ago. I remember the excitement and sense of adventure I felt at the time, as well as what I now realize to be the problematic ideas I had about my place in the community and the 'help' I thought I could give.

It is interesting to think back on that moment, in light of how quickly my preconceptions began to crumble in the following weeks, days and months, giving way to the more complicated and often uncomfortable, but ultimately much more fulfilling, journey I’m still on.

As an Anthropology student, you’re encouraged to ask questions – that’s what I loved about it – but I often felt the itch to start putting it into action. However, when it came time to put what I learnt in the classroom into action, I was disappointed to find that most organizations wanted me to leave my questions at the door and just get it done, with little room for reflection or conversation.

By contrast, Omprakash is an organization that encourages continuous questioning – and therefore continuous learning and growth – not only in its students, but also amongst its many Partners, and within the admin team.

This has allowed me to begin to explore what happens when thoughtful action, radical questioning, and open dialogue come together. It has taught me to embrace complexity, rather than trying to sift through and try to distil it. It has encouraged me to keep asking more questions, even when I feel I’ve found the answer.

My work with Omprakash over the past few years has allowed me to grow personally, as well as professionally. Working at Omprakash is not just a job – it’s an all-encompassing project, that is as much a spiritual, intellectual, and communal endeavor as it is an occupation. 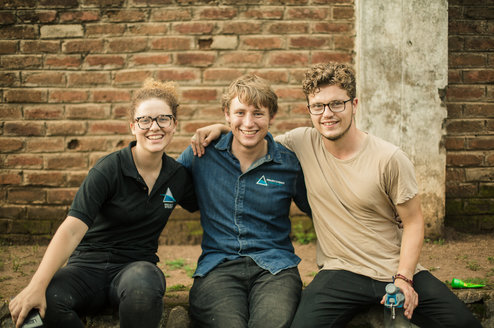 Malawi
9.70 •20 reviews
A Social Impact Internship in Malawi will expose you to hands-on...
View Program