Observing a C-section with some of my Gap Medics friends

Baby from the first natural birth I was able to observe

Getting internship experience is the best way to get started in a nursing career. We’ll take you behind the scenes in a hospital and show you what it’s really like working in the front line of healthcare.

Through a combination of mentoring, observation and tutorials, our programs offer a real insight into the rewards and demands of nursing. You will develop an understanding of global healthcare, give more focus to your studies, and it will give you the edge for college applications.

Our pre-nursing programs run all year-round. Students typically choose to join us for a fortnight, but we can accommodate much longer placements. Unique rural and community health options are also available.

Delivered in the following destinations:

How long do you stay in the places you travel?

There are one week and two weeks options. You can add additional weeks as well.

The house was amazing as were the people! Everyone was so helpful and friendly and the cooking was amazing!! I felt well catered for being vegetarian! Only down side was sometimes had long time to wait between births and there was nothing else for us to do in the meantime but other than that I totally loved and would recommend to anyone!

I visited Thailand in the summer, it was amazing. Not only were the hospital placements interesting and fun, it also looks good on your personal statement. At the hospital placement you got to learn so much, some of the mentors didn't speak English very well, but you were still able to understand them. Going to Thailand made me realise this was the career I wanted to do.
The social life was also so amazing. After hospital placement there was usually an activity organised, on a Wednesday we would go to watch the lady boys which was always a brilliant night and on a Thursday we would go to a club which was also a really good night!
You get a lot of free time so on a weekend you could do what ever, me and a group of 8 of us visited Bangkok one weekend, it was such a good weekend. You can also visit the islands on a weekend.
When you get home you miss it and you miss all the people you meet there.

What would you improve about this program?
If I had to change one thing I would make the beds Comfier

I travelled to Iringa, Tanzania in September last year. I stayed in the gapmedics rock house for three weeks and can safely say it was the best experience of my life so far. The accommodation is fantastic, the rock house is the biggest and is really comfortable and I definitely felt at home. The town house is slightly closer to the Iringa regional hospital and is smaller but is also quite comfortable and safe - I managed to get to have a look at this house! The staff really support you and make you feel safe, on the first day going to placement they will walk with you, show you around the hospital and show you around Iringa.
The hospital placements are incredible, with the chance to get involved in lectures, surgeries and (in my case) delivering babies !!!
Usually, your placement at the hospital will end at around 2, and you then have the chance to visit the local orphanage or go to the masai market in Iringa town centre - there are also some lovely places to have lunch such as Neema's cafe, who sell chocolate brownies..!
At the weekend you also have the chance to explore - don't miss out on the Safari Weekend.. you travel by jeep (a fun journey in itself!) to the Ruaha Hilltop Lodge on the edge of Ruaha National Park. The safari day on the saturday is brilliant, just like the lion king haha. On the sunday you will get to travel to a masai village before heading back to Iringa.
An absolutely fantastic experience..six months on and I am planning on going back to Africa. It gets under your skin !!!

What would you improve about this program?
Make sure that you are always walking in a group when walking from the house to the hospital/around Iringa. Also due to being in the highlands Iringa can get quite cool at night so pack some warm pyjamas! Showers are run by solar tanks so are usually very cold in the morning/evening.. but just take a shower after placement in the afternoon - apparently this system was going to be changed so this may or may not be a problem :-)
You don't get accompanied on the bus journey back from Iringa - Dar, which I remember being quite worried about. However you always travel with everyone else, and get taken to the bus station and met at the other end in Dar.

I went to Tanzania when i was 16 with gap medics! I thought that because i was so young id have trouble fitting in and socializing but i didn't i had exactly the same experience as everyone else.
I made friends about three months before going by going on the gap medics facebook and searching for people going around the same time, this really helped as i then got on the flights with them and was never alone from England to Tanzania and back!
The medical experience i gained was amazing, we saw so many more births and Cesareans in just a few hours than i had ever seen in my whole life. Generally you finished on the wards at one and then could do whatever you wanted, we all went out for lunch everyday and then did a bit of shopping or something.
The locals are very friendly and as long as you're in a group you don't feel unsafe.
I would definitely recommend going on the weekend safari, I saw every animal i could ever imagine seeing in Africa and got a lovely meal everynight.

What would you improve about this program?
Before you book remember costs such as jabs and clothes, my relatively cheap trip soon turned into a trip of double the price as i had to go out and buy everything! But definitely worth it.
Also take chocolate with you, it helps with homesickness but it costs a lot over there and doesn't taste the same at all!

I spent just one week in India in August 2012 and it was the best week of my life.

I started at the airport by myself but by the time I reached Delhi had already met 10 other students also on the programme. As soon as we arrived in Jodhpur we were whisked away to our house. The house was very spacious and cool, considering the outside heat!

The food wasn't great as it was curry for practically every meal but I didn't mind as we tended to go out for meals as it was very cheap and we wanted to be out in India!

I was with the paediatrician at the Kamlar Nagar hospital which meant that the majority of the time we watched him check children (like a GP) who all seemed to have the same illness, so we went for a look around the hospital and spent some time in the A&E room (yes, room!). I would recommend that anyone interested in children's nursing to maybe go for the midwifery programme instead and they were involved in the deliverance of babies and I didn't really get to be involved with treatment of children apart from one morning on the ward rounds.

India was just incredible, it's really got a place in my heart now and I probably want to move out there when I am older.

Overall the experience was something I will never forget and I wish I had gone for at least 2 weeks as it would have made it better value, including flights etc it was around £2,000 for the week.

I would definitely recommend gap medics, and the support before and during your trip was exceptional as there was a girl from england who worked for GM who was in the house with us.

What would you improve about this program?
Make it cheaper! And as there were 3 hospitals everyone was at, some people were actually treating patients with injections etc whereas at my hospital I didn't even touch anyone - not very consistent throughout the hospitals.
Read my full story

I went on the sixth form special so only actually went for a week, however if i had the time i would have stayed so much longer i didn't want to leave. When starting out I was extremely nervous about meeting everyone and actually travelling alone, but by seeing other people in their GapMedics T-shirt i quickly made friends even just at the airport. Every day was different out there and there was always something exciting that you could do. My placement at the hospital started at 9 where you would have a meeting with all of the doctors and nurses so they could see how the hospital is doing in terms of mortality rates, birth rates ect. they would ensure that you understood everything they were discussing and always asked for your input which always was scary at times gave you the confidence to ask any questions you need. I shadowed a nurse and she was very flexible with what i could do. She allowed me to chance bandages and go off to other wards if i was interested in something particular for example i wanted to see a operation so she let me go off if there was one i was interested in seeing. All the staff were so friendly in the hospital and the GapMedic staff really do make your trip. They are so easy to get along with and really do care for your every need. Although i wasnt there for long you make strong bonds between you the other students and the staff. The highlight of my experience was visiting the local orphanage to spend the day with the children there, it was the most surreal but amazing things to do and all the staff there are extremely welcoming. The only downside to my trip is that i got food poisoning on the last 2 days so that wasnt much fun! but the lead doctor from the hospital actually visited me at the house to give me some tablets, so i was well looked after. Overall it was the most memorable experience i have had and i am definitely going on another!

What would you improve about this program?
Everything was brilliant except just watch where you eat out there! Food poisoning is not fun!

Formally known as Gap Medics, Global Pre-Meds provides opportunities for students from America and around the world to shadow doctors in working hospitals in the Caribbean. Programs include a minimum 40 hours clinical shadowing time, and accommodation is provided in the organization's own large guesthouse exclusively for pre-health students. This... 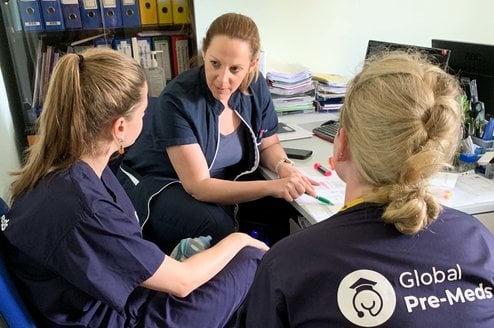 Save to Wishlist
Global Pre-Meds

This program gives pre-medical and pre-health students the chance to...

Save to Wishlist
Omprakash EdGE

Omprakash is a top provider in supportive &amp; educational relationships... 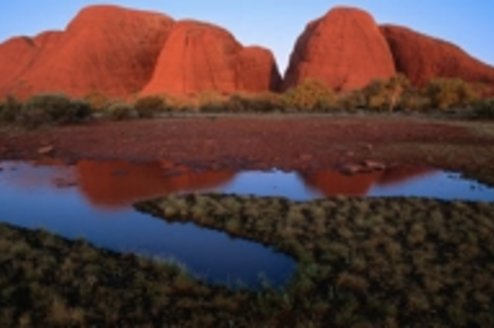 Save to Wishlist
WISE Abroad