What originally inspired to join the TaLK program in South Korea?

JC: I heard of the TaLK program when they first started. I was an exchange student at a Korean university. TaLK asked universities in Korea for possible applicants for the program. After completing my exchange program, I applied for TaLK, which was going into it's 3rd semester. I was already interested in teaching English in Korea and had experience as an teacher's assistant at 2 English camps in Korea. I also took a course in teaching English as a foreign language. TaLK was a great opportunity to get experience teaching before finishing my degree and being a full-time English teacher in Korea in the future. It was also an opportunity to practice my Korean language skills and learn more about the culture. 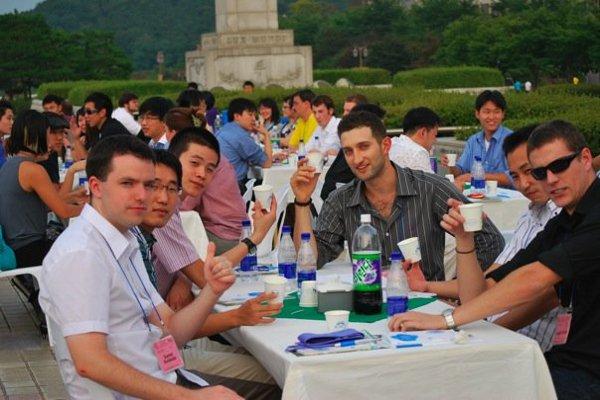 Describe your day to day activities as a TaLK intern in South Korea.

JC: When I first began, I met with other fellow TaLK scholars on an almost nightly basis after work. We would share our stories and give tips to one another. Before and after that I spent most of my time lesson planning. After my first semester, lesson planning became easier and took less time. I met with other TaLK scholars less, but helped those who asked for tips. I had more free time to meet with friends or exercise.

JC: I've made some great life-long friends through TaLK and learned a lot about Korean culture as well as other cultures from other TaLK scholars from various countries. I've also learned and experienced a different schooling structure and culture compared to my American background. This has been a positive impact on my own teaching and study methods.

Teach and Learn in Korea (TaLK) invites you on a Korean Government scholarship to teach English at a public elementary school in a rural area of South Korea. Benefits include a monthly stipend of KRW 1.5 million (approx. $1,300), a settling-in allowance of KRW 300,000 (approx. $250), an entrance and...