Skip to main content
Carrina LaCorata studied abroad in Cannes, France for four months from February 1, 2013 to June 1, 2013. She attended Le Collège International de Cannes while abroad, but she attends the University of South Carolina in Columbia, SC where she is a French major. She is twenty years old and hopes to attend grad school for French translation in the future.

Why did you decide to study abroad with AIFS in Cannes, France? 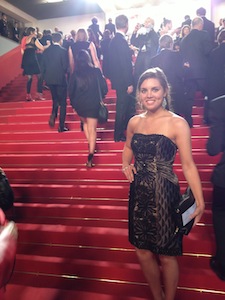 Carrina: Honestly, I did not do as much research about the different study abroad programs that I thought I would. I went to a study abroad fair held at USC my freshman year, and one of the tables set up was AIFS. I knew I wanted to go to France because I had taken French since high school and was continuing learning French in college.

I looked through the AIFS booklet describing all of the programs offered, and I looked at the Cannes, France section. The AIFS representative told me that students who attend that program have opportunities to attend the Cannes Film Festival and experience it in a bunch of different ways (seeing movies, internships, attending a premier!). After hearing this, I was so excited about this possibility that I didn’t really look into any other programs. The following semester, I started the application process into the AIFS Cannes, France program.

Carrina: As cliché as it sounds, studying abroad changed my life. I completely let go of the anxieties I had at USC and was able to immerse myself into my study abroad experience. I was so out of my comfort zone that there is literally nothing to lose by trying new things. The practice using the French language I got in the classroom and outside of the classroom has been so beneficial to me in my classes that I am taking now. I continue to recall grammar, vocabulary, and pronunciation that I learned while abroad. Using the language with native speakers really is the best way to improve your usage of a language.

Although this experience helped me academically, it helped me so much personally. I became more confident with myself, and I felt independent. I think studying abroad and learning about other cultures and languages helps you learn about yourself, your own culture, and your own language as well. 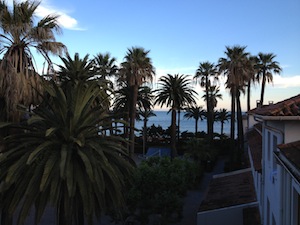 Carrina: Experiencing the Cannes Film Festival is something I will never forget. Every year, Cannes hosts the Cannes Film Festival for two weeks in May (and now when I see it on the news every year, I will get to remember my time there!). I got to see Cannes change from a small Mediterranean city into a huge tourist attraction. I received a pass that would allow me to get into some of the movies. The pass was helpful, but not a guarantee. I had to wait in line for a couple of hours sometimes to be sure of getting in, but it was always worth it!

The most exciting event was getting to walk the red carpet for three different movie premiers! I wore a fancy dress and was able to walk the red carpet before all of the celebrities arrived and watched the movie at its premier. It was the whole reason I went to Cannes at first, and it was a once in a lifetime experience.

Carrina: I had already tried gyros before I went abroad, but I went to Greece for spring break, and they are delicious there! One new food that I tried for the first time while abroad was foie-gras (liver). I forced myself to try it and get past the psychological barrier I had because of cultural differences because it is such a delicacy in France. It was a small portion on top of a salad I ate at the farewell dinner before returning to the US. I have to say, I can understand now why they enjoy it so much. 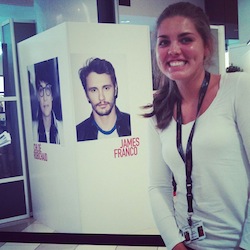 Carrina: The biggest thing I noticed was that the French are not rude. In fact, they are polite (for example, it is considered rude if you do not greet and say goodbye to store employees); I found them to be very nice and understanding. They also tend to switch to English if they hear you are a foreigner out of politeness. The French also like to enjoy their meals. I ate lunch and dinner in a cafeteria at the school, and it was a three course meal every day.

Carrina: I would have liked to speak more French on campus and even out in public. It is very easy to speak English with everyone. At the college, it is an international school, and even though it is a French language school, English was usually the common language, so most people spoke English when they were not in classes. In public, the locals would speak to you in French off the bat or switch to French, and it is tempting to just continue speaking in French (especially if you are out in town with other Americans from your group). I would have liked to meet more locals and experience the language and culture through them. I started to try and do more of this towards the end of my trip, but I wish I had done it the whole time!

Spend a semester or academic year in Cannes, France with AIFS! You’ll earn up to 18 credits per semester through courses at the Campus International de Cannes. Courses are taught in English or French with no previous French language study required. There are many volunteer and non-credit internship...