Skip to main content
Maura Hinken studied abroad in London in the spring of 2013. Maura is originally from Kansas City, and attends the University of St. Thomas. She is an outgoing person with a love for travel and new experiences, which is why she studied abroad. Currently, she is a senior in college studying marketing and advertising.

Why did you decide to study abroad with AIFS Richmond in London? 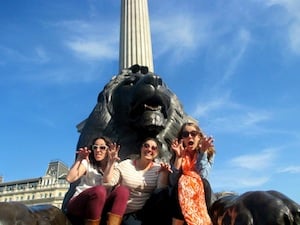 Maura: I decided to study abroad with AIFS Richmond because I have always wanted to visit London and with this program I was able to live right in central London. I wanted to get the full experience of living in a foreign city and this program allowed that. We lived with friends in dorms and were a two minute block from school. Everything about this program seemed like the ideal place to study abroad when I was applying so I decided that it would be the best place for me to go. The campus is also located by two major tube stops and is in a safe neighborhood which really helped me make my decision.

Describe your favorite must-have food that you tried while studying abroad.

Maura: I absolutely fell in love with fish and chips while I was abroad. Every British pub makes it differently but it is seriously so delicious, especially when it’s beer battered, and you have to try it with mushy peas! I know fish and chips seem pretty cliché for studying abroad in England so I thought I would share my two favorite foods. I also loved the Indian food in England. It was absolutely amazing. Brick Lane had the best to offer and I strongly recommend trying it when you’re there.

Maura: The terms they use for everyday things are just different, the one that took the longest to get used to is “rubbish” instead of trash or garbage. Talking to bartenders at pubs was always entertaining because even though they speak English they speak much faster and with their accents it makes it hard to understand. Another thing I noticed were their slang terms for certain things such as bullocks, snogging, and mate. It was fun because by the end of my trip I was used to using those terms instead of certain terminology from back home.

Maura: I would have traveled around more within England. I went to six other countries and enjoyed all of them, but I wish I would have ventured to the English countryside and Brighton. It would have been interesting to see two different sides of life in England since I was just used to seeing the fast paced lifestyle of central London. I also strongly recommend getting to know your own city before you travel other places because you want it to feel like your home, and fortunately by the end of my four months I did refer to Kensington as home! 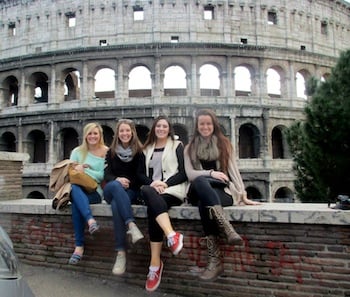 Maura: My best photo is probably my scenic aerial view of the river and Big Ben. I took it from the top of the London Eye on a really gloomy day so when I got home and went to edit it I realized that it didn’t even need anything because it was just so cool and described London perfectly. With the dreary clouds but then all of the people you can see walking on the streets it showed the fast paced lifestyle perfectly and I love the picture.

Spend a semester or academic year in London with AIFS! You’ll earn up to 15 credits per semester through courses offered at Richmond, the American International University in London. Students in the Traditional Program, Certificate in British Studies Program and Certificate in Fashion Management and...