Skip to main content
Drew received his B.A. from the University of Illinois at Urbana-Champaign in Political Science & International Studies (2010) and his M.Ed. from Loyola University of Chicago in Secondary Education (2012). Drew currently teaches history at an inner-city high school on the southside of Chicago. 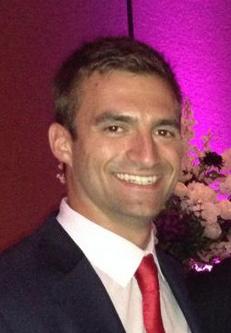 While an undergraduate at the University of Illinois, I helped to establish the university’s chapter of Global Law Brigades. The student organization aims to empower disadvantaged and vulnerable communities. Focusing on Latin America, I led our first trip to Panama. We stayed in the rainforest with the indigenous Embera Puru tribe for two weeks, immersing ourselves in their culture while also constructing law documents to protect their land and guarantee federally-funded infrastructure. I enjoy being able to meet new peoples in foreign lands while also empowering others.

Jerusalem, set within the juxtaposed Israel-Palestine conflict, seems to be a place many are reluctant to visit despite its pivotal role in human history. From my experience, there is much to uncover from the diversity of its peoples and the ancient places encompassed in the city. As a destination, therefore, I think it has been underrated. Conversely, I found Berlin to be quite overrated. Although the dichotomy between East and West Berlin are still discernible, the whole city seemed to be under construction and so, many of its own destinations, limited.

Staying ahead of the curve is necessary to any success. The world is ever changing, which means they are always new obstacles that require new solutions. Asking the right questions in order to solve those problems will lead any company to success.

Abbey Road Programs has given me an avenue to teach my content - history - in the places which they occurred. Transcending the classroom to the real world, I have realized how much more important it is to uncover stories of the past rather than simply covering them. Connecting to the people that made history can have a profound impact on students that relate to their life.

My company can adapt to demand, learn and grow from previous experiences, and it loves what it does. Other companies may possess one or two of these qualities, but rarely does one have the ability to do all three. As a result, Abbey Road Programs will stay on the frontier of travel-study programs. With their experience and mindset, they will only continue to be a premier education service.

Last summer my colleague and I took fifteen students across Europe in approximately two weeks. At times I took the stage and taught the students on site, while at other times he took the stage. It was in the latter's moments that I sat back and watched the students learn. This may seem to be a rudimentary process, but it is truly powerful to watch students learn. As a teacher, I never have time to sit back and observe that process of empowerment.

At their young age it is rare that the students are able to reflect on their experiences and connect significant historical patterns, the bigger picture, to their own lives. Last summer, while sitting at the Prague airport as the beginning of our return journey home, I had a student reflect in such a manner. She remarked that there are many unintended consequences of conflict, and that it is difficult to get out of that cycle. "Sometimes you have to decide if you want peace or justice," she said.