Skip to main content
Zainab is a 21-year-old from Egypt who grew up in South Africa. She comes from a mixed cultural background, with an Egyptian father, a Xhosa/Egyptian mother, and has six other siblings! While her favorite place has always been South Africa as it's where she spent most of her childhood, she has done a lot of traveling over the years and visited many different countries including Egypt, Germany, and Turkey! She has also done a bit of volunteering as well, and currently volunteers her time at Sarah Fox Children's Hospital. 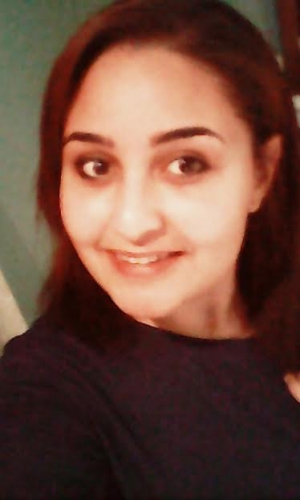 My favorite travel memory was watching the dancing Sufi Dervishes in Turkey. The culture of the Sufi's is beautiful, magical, and ancient. Watching them dance and hearing the music played makes you feel like you're on a magical journey to somewhere that there is only love and happiness. If you can understand the language, even better! I also really enjoyed trying out all of the yummy pastries and sweet meats in Egypt! There are so many to choose from.

I got an email from an under 18 student saying that he was hesitant to join GVI and that his parents pushed him into it.

After completing the program, he is so happy that he did join us in India as it made him more sociable and he learned so much from it. He comes from a very well off family in Spain, and felt that the program showed him other people's realities that aren't as fortunate. His parents say he can't stop talking about how wonderful his experience was, and that he appreciates the small things now.

I would choose the teaching program in Laos. I have never been there but I know that Laos is an old country with a lot of history. Also, it would be fun to interact with the Buddhist Monks and learn more about their way of life. I would be interested to see if my idea of the Buddhist Monk and way of life is as I think it is. I have also heard that the natives of Laos are friendly and welcoming.