The Iberian Peninsula’s largest country, Spain, is a diverse nation with strong family values and rich tradition of arts and culture. Its history includes over 800 years of Moorish rule, leaving the country a living museum of converted mosques, turquoise tiles, and musical influence. It also made a lasting impact on its language: over 4,000 Spanish words are said to originate from Arabic.

Best known for the flamenco dancing tradition in the South, the rigorous pilgrimage El Camino de Santiago stretching across the northern part of the country, and the party beach destinations along the Mediterranean coastline, Spain is a safe, culturally-rich destination to discover the treasures of the Arabic language.

Nearly all major universities have language courses in Arabic, and there are dozens of private Arabic language academies scattered across the country. With over two million Arabic speakers in the country, there are plenty of opportunities to arrange classes with private tutors.

Language courses across Spain include university courses, cultural associations, and language academies, although some will teach Arabic with Spanish as the base default language, not English. Some programs are specifically geared towards foreigners learning Arabic, so non-Spanish speakers should choose those over other programs.

The formality, rigorousness, and cost vary significantly depending on the program due to typical students and their motives for studying Arabic. Some local Spaniards may choose to study Arabic to connect with their cultural heritage or for religious reasons, while others might do so to advance a governmental career or community building endeavor. The focus of the students’ needs may influence the classroom atmosphere.

Arabic is said to surpass Mandarin as one of the world’s most crucial languages. It’s the fifth most commonly spoken language in the world, and Spain’s close ties with the Arabic-speaking world allow students to gain insight into the immediate, real-world importance of grasping this language.

With the literary, café-rich city Tangiers, Morocco a short 30-minute ferry ride from sunny Tarifa, Spain, the gateway to the Muslim world is just a boat ride away. Unfortunately, the current political turmoil of the Arabic-speaking region doesn’t lend itself a productive environment for foreigners, but Spain is a close and relevant destination to immerse yourself in the Arab world. Choosing to learn Arabic in Spain will reinforce the importance of learning such a critical language while still offer similar cultural immersion opportunities as a majority Arabic-speaking country.

Entrance into courses at cultural associations and private language academies don’t require students have bachelor’s degrees, but courses at some universities require high school diploma or GED, if not some university coursework.

For students enrolling in certain academies, a strong grasp of the Spanish language is necessary.

Major cities across all of Spain’s regions have Arabic-learning opportunities, but the southern province Andalusia, the heart of Moorish Spain, is the ideal spot to dive deep into the history of Moorish rule in the Iberian Peninsula. With the second largest Muslim concentration in the country, the tapa-filled, winding streets of the university city Granada is one of the most popular places to learn Arabic.

It’s also home to the Alhambra, the breathtaking palace and fortress, witness centuries old history. Use your new language skills to catch the Arabic writing behind layers of erasure by empires that followed. Hear the wail of flamenco singers at shows and see firsthand the influence that empire had on Spain’s culture.

As previously mentioned, non-Spanish speakers should be sure to choose a program that teaches Arabic with the base language in English, not Spanish. These courses are less frequent and mainly concentrated in Andalusia, either Granada or Seville.

Pay close attention to the dialect of Arabic the institution offers. Modern Standard Arabic (MSA), or fuscha, is the standardized version used in writing and formal situations and the most commonly taught style in the United States. Many programs in Spain offer MSA, but some also give the option to focus on the Egyptian or Levantine (versions of this spoken in Palestine, Jordan, and Syria) dialects. Choose the program based on the dialect you wish to learn and which is most relevant to your future plans.

Choose a program that meets your needs. Perhaps the institution has small class sizes and guarantees plenty of cultural immersion. Maybe they organize trips to Arabic-speaking destinations across North Africa, such as Morocco and Tunisia. Specific programs for foreigners will likely arrange for homestays with native Arabic-speaking families, while other private academies will not help arrange accommodation or homestays.

Spain’s large Arabic-speaking communities, the most numerous originating from Morocco, offer students plenty of cultural immersion. Wandering through these enclaves, students will be able to practice their newly acquired conversational skills at restaurants, markets and at language exchanges. Try the intense Arabic coffee, savor sweet dates and wade through colorful fabrics as you learn to greet and converse with native Arabic speakers.

A homestay with an Arabic-speaking family is a great way to ensure a deeper learning experience extending beyond the classroom and cultural field trips. For students in Andalusia, there is ample opportunity to experience Moorish history at their doorsteps.

Prices of courses range significantly but expect to pay around €12-15 per credit hour at a university (if not studying through a U.S. based institution such as CIEE or IFSA-Butler) and around €150 per week at private academies (many offer courses of varying lengths, such as one-four weeks or longer). Others offering full summer programs can cost up to €4,000.

Scholarships for Learning Arabic in Spain

At around $1,000-2,000 a month, Spain has one of the lowest costs of living in Western Europe, and Andalusia is significantly cheaper than other regions of Spain. In Spain, a meal at a sit-down restaurant will run you between €10-15. If you’re on a budget, you can fill up while tapas-hopping and beer drinking for around €1-3 euros a piece, depending on the location. Shared apartments typically range from €200-500 a month, though accommodation beyond that range is also readily available.

Visas and Other Relevant Information

Students studying non-degree coursework, either at a university or private language institution, will most likely enter Spain on tourist visa if they plan to study 90 days or less.

Students planning to study more than three months should apply for a student visa at their closest Spanish consulate (application materials can also be mailed if you live too far from an embassy or consulate). You must bring materials such as proof of study in the form of a letter of invitation from the institution, application forms, passport, financial statements and a police background check.

At peak times of the year, such as before school semesters, there can be a significant delay in processing student visas. The consulate advises you apply six weeks prior to your intended departure.

Spain is a country with a warm, inviting people who will be thrilled to welcome you into their country. However, note that there exists some xenophobia and Islamophobia towards Muslim and Arabic-speaking communities, especially in response to recent terrorist attacks in Europe. You may hear people criticizing Islam, saying racial slurs or referring to Moroccans as moros, an outdated term referring to the Moorish empire. 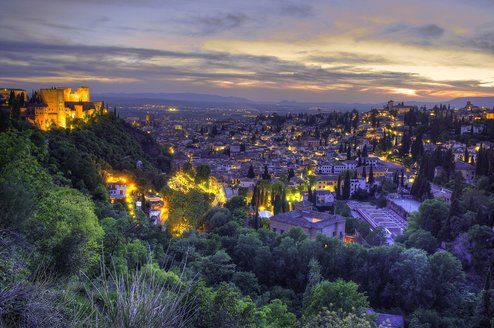 Take the opportunity to learn Arabic in Spain! Dar Loughat offers an... The program provides an excellent introduction for students planning... 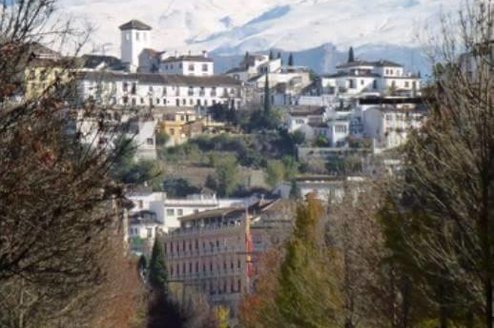 The Modern Languages Centre is one of the leading institutions in... 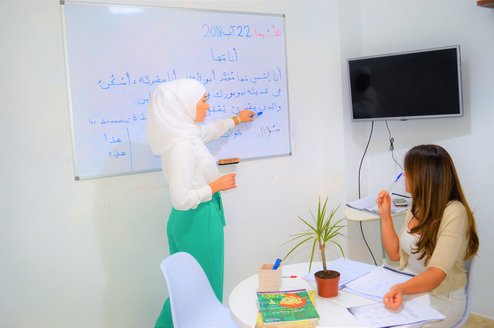 For students interested in strictly learning MSA, this program is the...

Looking for something to do during your time in Spain? Check out some of these tours and trips!
Next  Prev  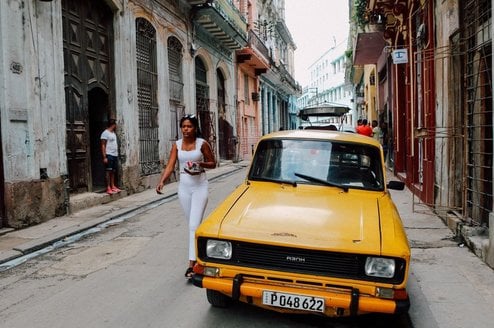 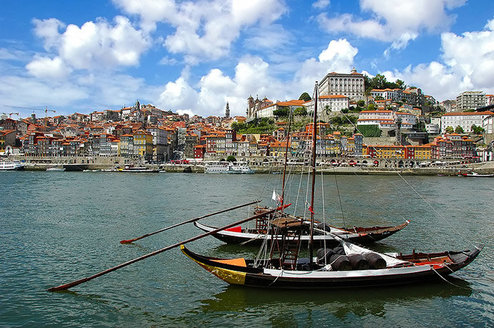