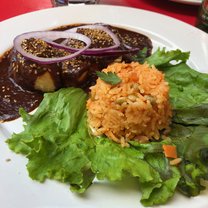 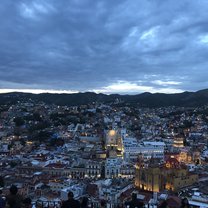 An evening view of the city of Guanajuato 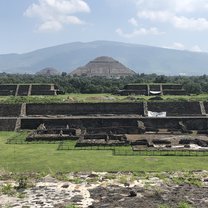 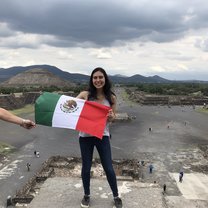 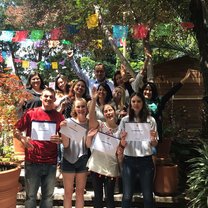 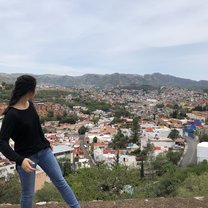 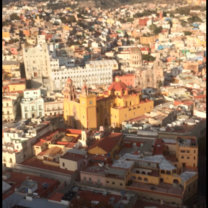 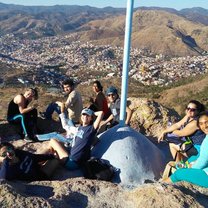 We had so much fun hiking up to this point!

Due to global health & safety concerns and travel restrictions related to the coronavirus, CLA - Culture and Language Abroad has decided to offer flexible booking options for some of their upcoming programs. Learn more about COVID-19 updates to stay tuned regarding program information.

Culture and Language Abroad is a uniquely immersive study program based in the UNESCO World Heritage city of Guanajuato, Mexico. Unlike less personal exchange programs, we focus on designing individual curriculum experiences that are authentic to both student’s needs and local culture. CLA is a non-profit founded and operated by a dedicated team of international educators – who also happen to be Guanajuato natives – whose university and community networks assure that program participants will study and live like a true local.

I am very satisfied with the program. That time was indispensable. Fabiola and Samantha are so kind and showed us many places, and always took care of us. Also, they have good relationships with the host families. I found that living with a host family is very different from living alone in Mexico. You can eat Mexican food, talk in Spanish all the time with people who they live there, and you can learn lots of things by living with them. I enjoyed the time with my host family, and of course Fabiola and Samantha.

I studied abroad in Fall semester of 2019 and I loved it! Like most study abroad students, I had my reservations about coming. While of course there are moments of frustration when you can't communicate yourself in Spanish, I would not hesitate to recommend it to anyone. You will not only grow immensely in your Spanish abilities, but in confidence, cultural knowledge/awareness, understanding about yourself, and most importantly, your dancing skills haha. (I would highly recommend the dance class- it was awesome). CLA had a lot of things I was looking for in a program. I loved that they were a small organization, run by locals who knew the culture and I could answer my many questions using their own experiences. Fabi and Samantha were awesome and made me feel comfortable talking (even when my Spanish was rough) giving me more confidence to share. I often felt that we had actually known each other longer than we had! haha. Interestingly, I have a lot of other friends who have studied abroad in a Spanish speaking country and their reports seem to be similar. They had a great time but spoke a ton of English with their large group of students in their program, not making many friends with the locals. Being a small program, I was encouraged to speak a lot of Spanish and had the chance to interact with other Mexican students and exchange students, all in Spanish! Regarding the schooling, I really enjoyed my Spanish for foreigners classes. Not only was the location super cool but the classes were great too and I loved the complimentary conversation classes offered through CAADI. The program also did a lot of fun excursions. The city itself is a really great location too. Full of history, there are a million museums and interesting architecture. The night life is also super fun. I didn't realize how quiet my university city was until I returned from the night life of Guanajuato! And of course the food. So yummy! I miss the street ice cream so much. :'( I am also celiac and finding gluten free food can be challenging. However, it was actually really easy to find food to eat! All of the corn products are great. They even have some natural foods stores that carry other allergen free products in case subsisting on corn tortillas is too hard haha. All in all, a wonderful experience with this great program and in such a magical city. Thanks for everything! I will treasure these experiences forever.

I am a senior at Soka University of America, during my junior year I did a semester abroad in Spring 2019, and so far it has been the best experience that has ever happened to me in my life yet. Due to Mexico's proximity to the United States and Mexican immigrants, a lot of us tend to think that we know Mexican culture–I was not the exception. However, here are 3 reasons that I personally think we should choose CLA as a program for study abroad or summer experience. 1. Guanajuato is very rich in history and culture therefore it is UNESCO world heritage. 2. It is a university city. For me, it could not get any better. There is this rich culture in Guanajuato and in addition it has thousands of offers for a young population due to the presence of students. There is no better way of learning and experimenting the Mexican culture first hand than hanging out with fellow students. 3. CLA program offers almost a personalized approach to exploring Guanajuato. Fabiola (the director of the program) is very careful and specific on planning the excursions that will give the students a true understanding of the Mexican way of life. It offers a sense of comfort and trust as not only is she born and raised in Guanajuato but also she is very well traveled therefore she is very understanding of culture shocks and could ease her students in the experience. Something that I personally find very appealing to the program as a whole. Another great thing that I loved about the program is the accessibility of the program director 24/7 to her students. While the culture was certainly distinct from my own, CLA helped me experiment Guanajuato culture to a point that it did not feel so foreign that I could not connect on some level. But that is the charm of Guanajuato and its people, it is different enough to be intriguing and exciting, but not so different that you could not integrate yourself at some point. All the students who do a study abroad in Guanajuato, they always return there atleast once. It is that magical.

What was your funniest moment?
I am a very picky eater. We went to a restaurant and we were served guacamole, that had some sprinkled stuff that looked like caramelized onions, and I thought that it was that. I ate it, and i remember saying "wow this is so crunchy and salty, I love it. What is it?" They told me that it is "chapulines"–a mexican grasshopper. I nearly fainted! Definitely would not have tried it, if they had told me what it was and I am glad that they did not.

I had an incredible time participating in this program! The program director Fabiola was great at answering my questions and concerns before I left the US. She, along with Samantha, were wonderful tour guides, supports, and friends. CLA connected me with classes at the University of Guanajuato, where I was able to take classes with fellow international students from other programs. My host family was very kind and experienced, and lived in a vibrant and safe neighborhood. I was constantly spoken to in Spanish, which I loved because it forced me to step out of my comfort zone and learn so much so fast. The city of Guanajuato is beautiful, and is big enough to have a lot to do but small enough that by the end of your trip you feel like a local. Fabi and Sami led weekend trips for myself and the other CLA student, which were so much fun. The small group allowed us to learn so much more about Mexican history and culture. Also the food and coffee were obviously amazing. I would definitely recommend this program!

An evening view of the city of Guanajuato

My name is Julia, I'm a 21 year old college student from Chicago who recently went on this amazing excursion. I genuinely had no idea what to expect before getting to Guanajuato, but what I experience surpassed anything I could have hoped for. I genuinely had the best summer of my life because of this program. The program director, Fabiola, is one of the greatest people i've ever met. She is extremely committed to making sure that everyone is safe and has an enjoyable experience. We went on weekend excursions to Mexico City, Dolores Hidalgo, and San Miguel de Allende. I laughed SO much during this program, and learned a great deal of Spanish in only one month. The language school itself has wonderful teachers who are very passionate about teaching you Spanish and making sure that you understand the culture. I am very glad I did this program instead of directly enrolling in the language school, because I received such an immersive experience into Mexican culture. Guanajuato itself is such a hidden gem, it has: music, food, and tons of places to explore. Guanajuato is an incredible city, it has retained its authenticity while still being a relatively big city. That being said, it is not a huge city by any means, nor is it extremely touristy. Most of the tourists in Guanajuato come from other Mexican cities. Mexico, and Guanajuato in particular, is so interesting and different from American culture, there is something here for everyone. I would recommend staying with a host family because it is was one of the most rewarding experiences of my trip. I will be returning to Mexico during Christmas, and I hope to see both Fabiola and my host mother while i'm there! 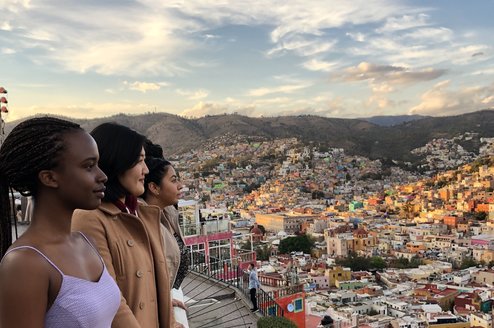 5 reviews
Save to Wishlist
CLA - Culture and Language Abroad

This summer, walk out of your comfort zone whilst learning and... 4 reviews
Save to Wishlist
CLA - Culture and Language Abroad

Culture and Language Abroad is a uniquely immersive study program... 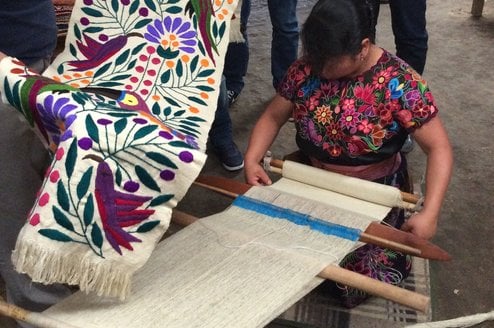 Save to Wishlist
CLA - Culture and Language Abroad

My favorite travel memory is sitting at the stairs of the Golden Temple - a religious city in Amritsar, India - and hearing the ceremonial call from the speakers that were situated in several points of the wall.

I remember thinking that even though I couldn't be further away from home, I have never felt more at ease and in touch with my true self!