Dublin City University (DCU), Ireland’s University of Enterprise, is a top young global university and continues to transform lives and societies through education, research and innovation in Ireland and around the world. DCU is committed to global engagement through the formation of new and sustainable alliances with strategic global partners. The International Office at DCU is committed to international engagement through the management and development of international partnerships, international student recruitment and student mobility through relevant study abroad and exchange initiatives.

DCU is the perfect place to start your career journey. It ranks first in Ireland and 23rd in the world for graduate employability, according to the 2021 QS Graduate Employability Rankings. 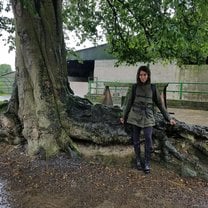 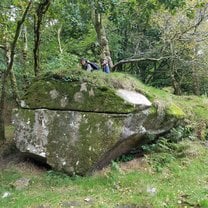 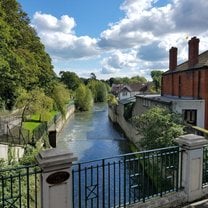 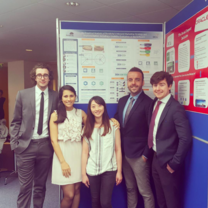 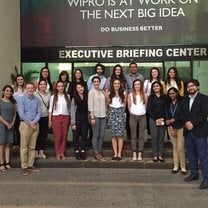 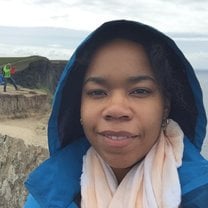 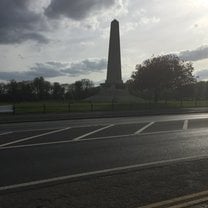 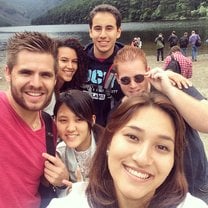 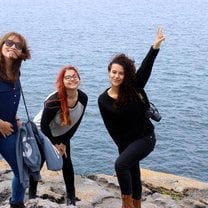 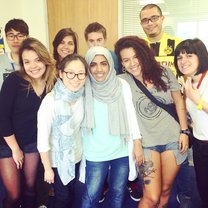 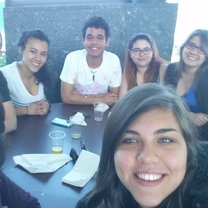 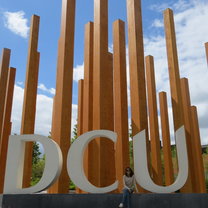 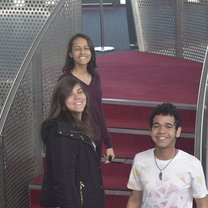 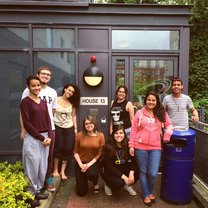 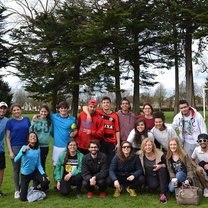 As a first time traveler, I was very nervous. I had never been outside the United States before, and now I was going to spend an entire semester in a different country. Hands down, it was one if the best decisions I have ever made. The city of Dublin was big and filled with so many amazing pubs and cute thrift shops. The city life was just as beautiful as the the nature. Dublin City University had such a thriving campus and the classes were engaging and thought-provoking. I highly recommend Ireland to anyone who wants to travel abroad. It really is the perfect place to start.

My postgraduate experience at DCU has been exceptional so far! My studies in the field of International Relations has been enhanced by being in the heart of Dublin. The MA programme encourages an integrative approach to learning which has helped me to network with prominent international humanitarian organizations. My first semester lectures have challenged me in impressive ways. It helps that my professors are very passionate and offer flexible office hours so that I could speak with them one-on-one about papers, or any other inquiries I may have.
Prior to arriving at DCU, I was nervous about that I would struggle to adjust to the university & community as a whole. Just weeks before I started the programme, multiple faculty members and staff both in the International Office and Student Union sent me the most sincere emails and helped me to feel more comfortable and safe on campus. They guided me through everything from how to set up a bank account here, to navigating the bus system, and finding a healthy balance participating in societies & clubs.
I have felt a true appreciation for diversity being a part of Student Life. I was not able to return home to my family overseas for the recent holiday season; but through the genuine kindness of the staff at the Interfaith Centre, I was able to enjoy a beautiful Christmas celebration! It has definitely become my 'home' away from home!
I'm looking forward to semester 2. I am even more exited that I have the option to stay for 2 years in Ireland, following graduation. As a DCU postgraduate student, I am inspired to be courageous in my academic and career efforts.

After not being able to go abroad during my Bachelor's program, I decided it was time, when I was in the middle of my Master's program. I studied German and English Studies and as a post-grad program Comparative Literary Studies in English and American Language, Literature and Culture, at a German university.

DCU was the first uni to repond and they were so nice and helpful that I liked them immediately. I never experienced such nice people, who were helpful and made me feel welcome. Even though I was told, my chances of getting a room on campus were non-existent, I applied and, to my surprise, I received an answer shortly. I was offered a more expensive room on the post-grad complex. I was so happy and took the offer. I did not regret it. The room was nice, big, with its own bathroom, tv and everything. The campus was amazing as well. The Nubar with its Goujons and Chips made it so much easier being away from home. During my first week, I had orientation, where older students would answer questions and I could get to know different clubs. I joined the archery club, by the way. The seminars I attended were ok. Of course, the students were shy and I did not make a tons of friends right away. But I had the nicest, international (Irish, African, German, Canadian) room mates and I made a couple of Irish friends, who I still am in touch with.

Looking back, I have to say, I had the time of my life. Dublin is a beautiful city, with beautiful (hidden) places, parks, amazing restaurants and people. DCU campus has a lot to offer and I was very surprised (in comparison to my boring German campus) to find a bar, Starbucks, a state of the art sports complex (which I was allowed to go to for free), a library, super market and book store.

Thank you so so much!

What would you improve about this program?
I was only allowed to take seminars that would gain me 15 Creditpoints in total. Since I need 30 per semester, to be on schedule, I would've like to be able to take more seminars/exams.

Dublin City University is a great place to study and the people are very friendly.

The international office at DCU is phenomenal at what they do and are always ready to assist you in whatever your needs many be. Yet, when they don't have the answer, they are very helpful in guiding you in the right direction as best they are able.

DCU campus in Glasnevin is very safe for students, whether day or night. The Student Union and many societies within the college continuously put on events so you're sure to meet new people and friends in no time.

My programme was very rewarding to undertake as lecturers/professors were always helpful and offered guidance when asked. The classroom environment in all my modules/classes was wonderful. There was constant feedback and communication between the instructor and the students, often discussing topics academically where debate was encouraged. You very much get out of each module/class and programme what you put into it.

DCU has a decent gym, great swimming pool and indoor/outdoor locations for sports and activities which we frequently disposed of. Apart from the big canteen/cafe, several buildings have smaller ones that make it easier for everyone to get food during the day. There is also a local Spar where you can get groceries and visit their delicious deli where you can get all kinds of sandwiches, rolls and other things (the chicken fillet baguette and the breakfast rolls were my favourite!!!)

I would definitely encourage you to attend and experience it for yourself.

Living abroad was something that I have always wanted to do. When I came to Dublin for a brief holiday in November 2015 I immediately fell in love with the charm of the city - its culture, the people, and the time spent here stuck with me well after I was back home. I started to look into postgraduate programs in Dublin and stumbled upon DCU's MSc in Public Relations and Strategic Communications program. I applied, I interviewed, and I was accepted.

I attended a university back in the states that has 55,000+ students. DCU has around 30,000 students and, although that is still a plethora of people, it hardly ever feels like you are just a number to the university as it did back home for me. Being an international student means I am a little needy and sometimes clueless. Thankfully, the DCU staff is superb and their response time to my emails and questions are always within a 24 hour window. My university email is bombarded daily with updates on events around or on-campus so there isn't a lack of student activities for someone far away from home.

This is the first year DCU is offering my course so the professors are learning just as my cohort is. What I appreciate the most is that the professors listen to our suggestions on how to make the program even better for the following class. For example, the course is a blended learning course so half of the lectures are done online. During the first semester, many of my peers struggled with the online portion of the course and made their frustrations clear to our professors. It is now the second semester and we still have online lectures; however, the professors rented a room on-campus for those who prefer to attend in-person than online. Their willingness to tailor the program to the needs of the students really proves to me how desperately they want to help us succeed.

I will never regret my choice to move abroad to Dublin or my choice to study at DCU. I recommend this university to anyone who is looking to study abroad for just a semester or a year. You will not be disappointed. 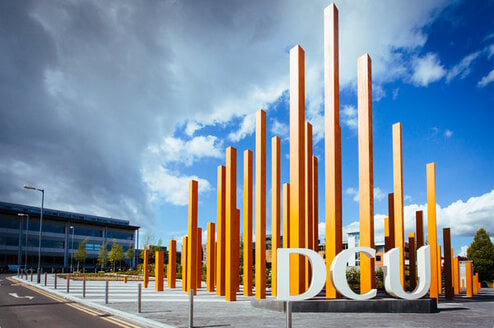 Ireland
4.92 •13 reviews
Every year, we welcome many international students who come to study...
View Program 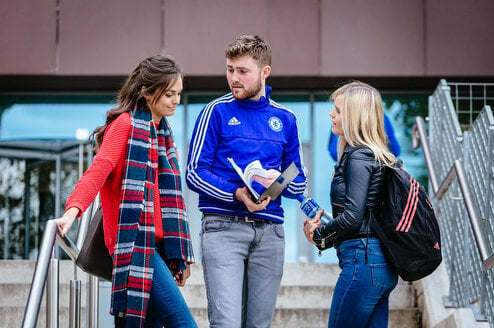 I think my first trip to the Northwest coast of Ireland ticks this box.

I've been a city dweller my whole life so emerging from the car, following a 4 hour drive to Donegal, and breathing in the cleanest air, hearing the crashing Atlantic Ocean, and seeing the rugged beauty and breathtaking landscape will stay with me forever.

How have you changed/grown since working for your current company?:

The nature of international education is one that is constantly evolving to the demands of a fast paced and ever-changing world. Working in this sector requires an adaptable mindset that is constantly looking for ways to improve what we offer students.

I have become very conscious of our responsibility to Society to graduate the type of students that can add real value - and make a real difference. 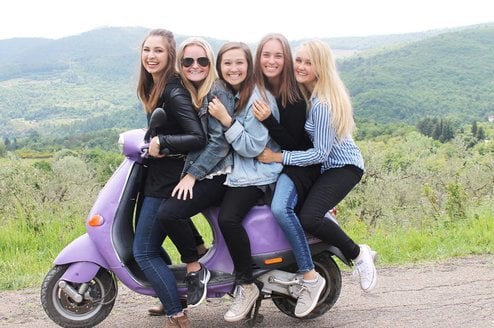 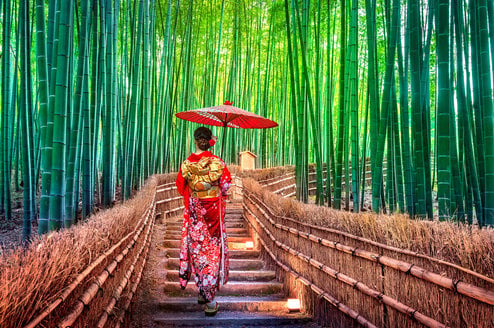 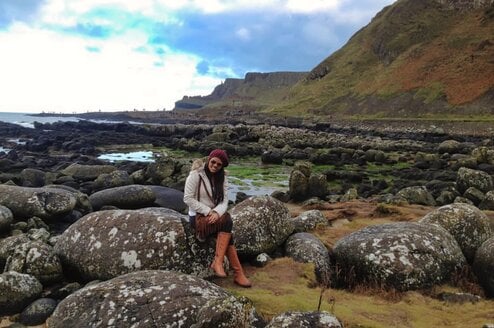 Where in Ireland Should You Study Abroad?