Reach Cambridge is recognized for providing high quality residential spring and summer school programs in Cambridge, England. High school students from around the world enroll in classes of their choice and live and learn in the historic and inspiring surroundings of the University City of Cambridge, whilst making friends from across the world.

In addition to their academic classes, Reach Cambridge students participate in a variety of workshops and lectures as well as activities ranging from sports, arts, drama and visits to exciting places in the local area. At the weekend, all students go on excursions to places of cultural and historic interest in the UK, from London to Stratford-upon-Avon.

Reach Cambridge are now offering one-to-one personalised pre-university tuition. Available during the summer and all year round for students aged 12-18. For more information, visit www.reachcambridge.com/online-courses 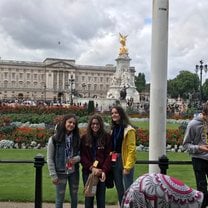 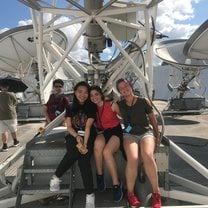 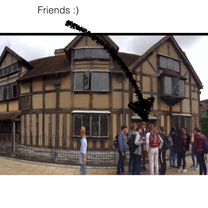 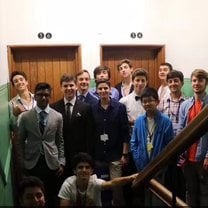 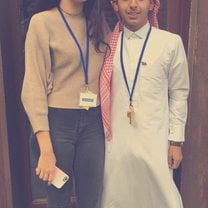 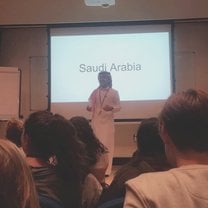 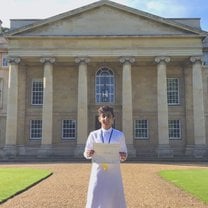 My 16 yr old has been interested in the UK for some time, so we looked around online and found Reach. It looked incredible and the kids looked very happy—still, it was a risk coming from the US and not knowing anyone who had been to the program. I felt more and more reassured in the months leading up to the program because the communication was excellent, the portal and the checklists were well-run and buttoned up, and we got every detail we needed including all of the housing info before we left. Little did we know the experience would be so much more than we imagined. She came back feeling on top of the world. Living on her own, making wonderful new friends from all around the globe, and learning from the incredible professors have made her feel like there’s nothing she can’t do. She has begun her third year of high school with extreme confidence and plans to return to the UK for her university years. If you're on the fence about whether or not to send your child to Reach, I would say do it and you will be more than delighted!

Reach Cambridge was an incredible experience for our daughter. She made friends from all over the world and learned about the cultures of different countries from these new friends. The setting at Cambridge University was perfect - the dorm was clean, safe, and comfortable. She also had so much fun exploring the city of Cambridge during free hours. Most importantly, the teachers and classes were engaging and interesting. The life sciences courses, in particular, got her really excited to study medicine in college. We’re so happy she joined Reach Cambridge this summer.

Even though I participated in the program for one week, it seemed like a month had passed - there were so many activities, amazing people and unique experiences that I truly did not want to go home. We had a chance to see how interesting and thought-provoking the lectures at Cambridge are and how many intelligent, kind-hearted and life-smart people there are on campus. The program left me with so many memories that I still remember how I felt every day at Reach - welcomed, happy and with limitless possibilities for me to explore.

What would you improve about this program?
Keep up the good work!

This was my first experience in such an intellectually gratifying environment filled with students as passionate about the subject matter as I was. The English Lit class made me fall in love with my favorite subject matter all over again and I now know more than ever that I want to pursue this subject in my further education. The teachers were both so much fun and helped to guide us, but also let us share our own ideas and lead the class on our own to a certain extent. Our visits to museums and to see Macbeth really helped to enhance the class and broaden the experience past just sitting around a table. The program as a whole was fantastic and I particularly enjoyed the independence that came from staying in a university town.

What would you improve about this program?
The two excursions were rather sparse in terms of activities, but other than that there was never really a moment in which I found myself bored.
Read my full story

My son attended the Summer 2018 program 3 (Medical and Life Sciences) and had a fantastic time. This was his first camp as a residential student. He and I were a little nervous. But the staff and organization of the program put him at ease. He made life long friends from all over the world. The administration of the program and his experience were beyond measure. He was sad that his time in the program had to come to an end. He will definitely attend next year. The speakers/lecturers were amazing. The children were able gain knowledge through hands-on processes and demonstrations. This experience helped our son confirm his desire to be an Orthopedic Surgeon in the future. 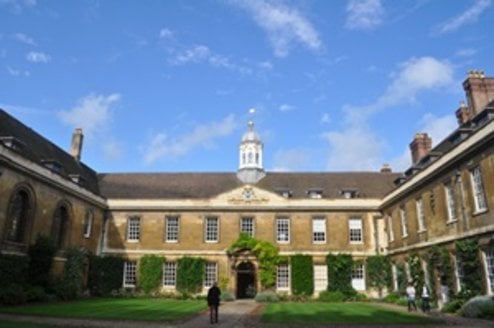 England
5.00 •14 reviews
Come join us for the experience of a lifetime in the inspiring and...
View Program 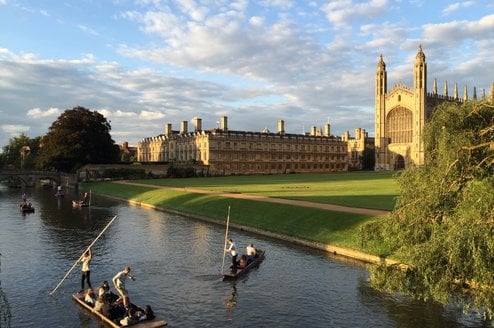 Online
With over 17 years of academic excellence, we offer highly rated one...
View Program There were several factors that made me choose this program above others. First, I love England, so the location was a huge plus for me. I loved the idea of taking an English literature class in one of the most prestigious English universities in the world. I also really liked the international crowd the program promised, as well as the prospect of having the college experience in a proper university town.

Travel arrangements, be they by plane, train, or car are up to you, however, the program does offer pickups at Heathrow and Gatwick. Reach provided a lot of advice about how much money to bring, what to pack, and how to go about both arriving and leaving. They also held at least two Instagram live streams in the months leading up to the program so that you could ask whatever questions you wanted.

Program
Summer Study Abroad Programs in Cambridge
Job Title
Senior Marketing & Programme Coordinator
Luke grew up in Merseyside, England before moving to Cambridge to study at the University. He had a temporary role at Reach Cambridge during the summers of his university years before adopting a full-time position in marketing.

When I traveled to Switzerland for work, I went to a school fair in Zurich. There, by chance, I bumped into two students who had attended our programmes before - it was amazing to see how much they had grown in confidence over the summer, and great to catch up. They were in a place where they were now thinking about applying to university, and it was lovely to see them begin to plan their futures with confidence.

My ability to think analytically and prioritise has grown immensely since I started in my role. I have been trusted with responsibility for high-priority tasks, and as a result, my confidence, time management, and people skills have seen a vast improvement.

I have also grown personally, as I learn to see things from a different perspective each time we hold a programme, thanks to the international diversity of our students.