SAVE Foundation is a registered non-profit organization (NPO) that assists communities in Africa. We are NOT a booking agent, all of our community projects are run and funded by our local NPO/ Foundations on the ground. Our work involves setting up and facilitating sustainable community and conservation development projects in South Africa, Ghana, Kenya, Tanzania, Uganda and Malawi as well as assisting non-profit organizations that are actively involved in the local communities. We now also offer several wildlife conservation projects including pre-vet, white shark and wild cats.

The fees we charge for programs only covers unavoidable costs including accommodation, transport, and a donation to SAVE to help finance the projects.

In exchange the volunteer contributes to community development, experiences African culture and makes new friends.
Every little bit helps volunteer for 2 weeks up to 2 years! 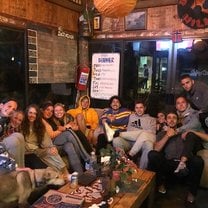 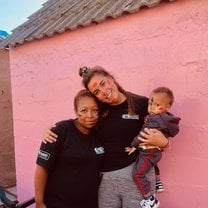 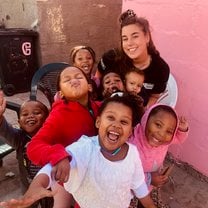 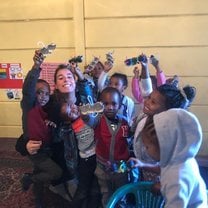 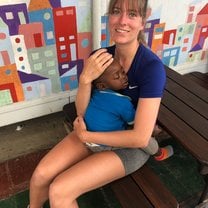 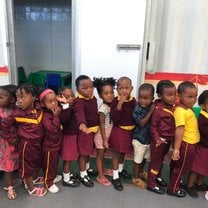 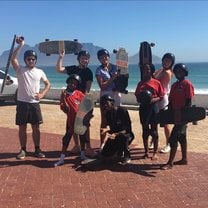 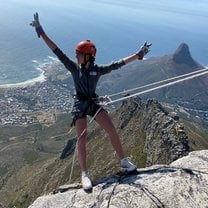 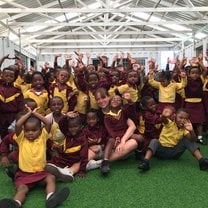 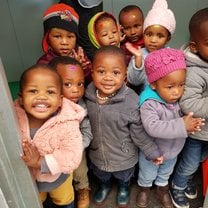 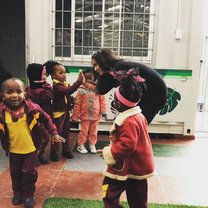 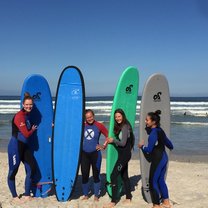 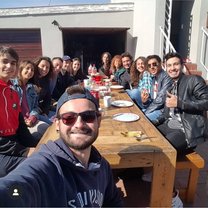 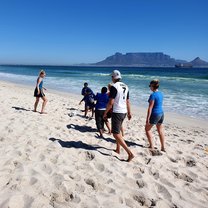 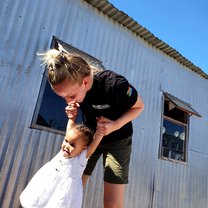 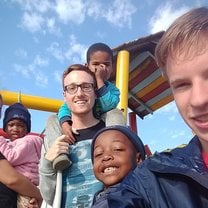 Stay longer than 2 weeks! This program is a great way to travel and get to know other people from around the world, while also getting the full South Africa experience. It offers you a way to volunteer during the week days but also travel and experience adventure on the weekends. You have no idea how much an impact this program can make until you do it! The children and teacher give off such positive energy and you can’t help but be happy when your with them. Great program leaders and very safe. Would highly recommend for anyone wanting to travel and volunteer!

What was the most surprising thing you saw or did?
I never realized how much an impact working in the townships could possibly have. These kids and teachers have so much to offer and it has changed my perspective on life! 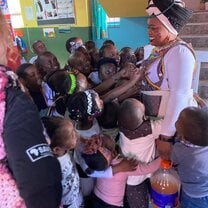 The volunteering was way more special than I thought and I had all sort of good expectations already but the experience was still able to surprise me in a good way. The support the foundation gives to us and all the love we receive from the children actually shows that when u go there u are supposed to give something to them but u are the one who gets the most beautiful feelings and memories u could ever ask for. After my short 2 weeks the only thing I know it’s that I’m so coming back! Loved every single moment!

If you did this all over again, what's one thing you would change?
I would stay way more than 2 weeks! It was not enough at all💗 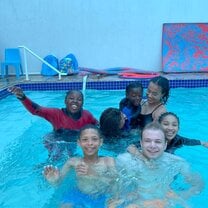 Absolutely loved it !! Truly there is no experience quite like it, I grew so much as a person and learned so much about the world around me.

I traveled alone and had no issues at all!! Jess (one of the coordinators) was there the whole time and helped so much!! I would recommend going for as long as you can (1.5 months is a good minimum). I left in February to April and the weather was great!! I met so many people there that I love and am still friends with. The connections I made have made me into a new person, South Africa will always have a very big piece of my heart !!!

If you’re thinking about it, JUST DO IT!! You won’t regret it!!

If you did this all over again, what's one thing you would change?
I would go longer honestly!! Two months is a great amount, simply because there is so much to do and so much to see!! The longer you are there the more impact you’ll feel in the community as well!! 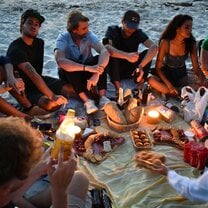 I CANNOT STRESS HOW GREAT IT IS TO PARTICIPATE IN THIS PROGRAM. Truly life changing. I’m 22 and went by myself & had no issues at all!! Jess (one of the coordinators) really gives it her all and is there for you the whole time. I met so many fiends around the world and have trips to go and see them all!! I left in February - April of 2021 and would recommend going for at least two months & this time of year was beautiful.

If you have been dreaming of a trip like this, THIS is the one to do!!

If you did this all over again, what's one thing you would change?
i would go LONGER than I did, it really is that great!!! 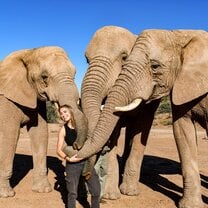 There is no word strong enough to explain what i was living that all time in South Africa. All the things I’ve been through, people I met , things I did .. it’s deep in your soul and your body and that changed me for the rest of my life honestly. It’s really hard to explain, you just need to try this experience and to live it 200% and do everything you can.
The organization helps you to do activities, find good opportunities , help people in need,... it’s a mix of emotions all the time. This is unbelievable, still have nostalgia of those moments and people.. I would definitely recommend to try and to go there !

What is your advice to future travelers on this program?
Just be yourself , be open minded ; discover as much as you can , talk , laugh , cry , share , and you are going to live one of the best experience of your life..
View All Reviews
Displaying 1 - 3 of 3 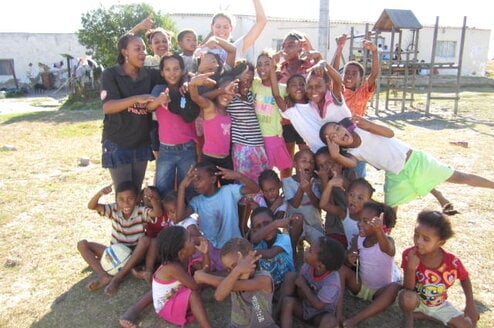 Multiple Countries
4.82 •114 reviews
SAVE Volunteering is a Non-Profit Organisation. We are NOT a booking...
View Program 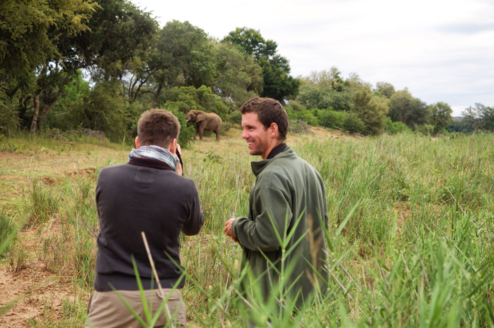 South Africa
SAVE Volunteering is a Non-Profit Organisation. We are NOT a booking...
View Program 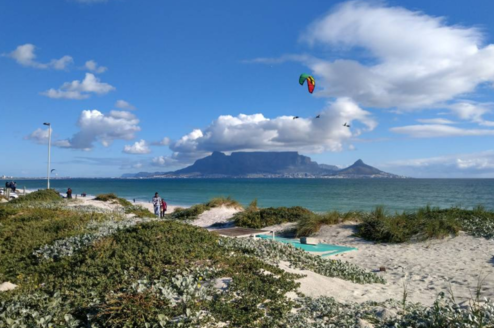 Internships with SAVE Volunteering

South Africa
South Africa receives millions of tourists every year thanks to its...
View Program

Program
SAVE Volunteering Humanitarian Projects
Martine Haugen is from Oslo, Norway and studies law at the University of Oslo. She works at a youth center run by The Norwegian Red Cross every Tuesday, and loves every part of it. She enjoys traveling, partying, and watching her favorite soccer team, Manchester United! Why did you decide to volunteer abroad with SAVE in South Africa?

I was getting quite tired of studying law at home in Norway, and wasn’t sure if I wanted to continue.

I decided to take a break from my studies and do something I had wanted to do for a long time--travel!

I’m working at a youth center run by the Norwegian Red Cross in Oslo, and I wanted to bring my experiences from that into a completely different place. And SAVE was perfect.

Everything! It’s not an underestimation when I say that I had the time of my life! I made friends from all over the world, and the friendship we developed was something really special.

We worked together, ate together, partied together, spent our free time together, we really did everything together! And of course, seeing the kids react so thankfully for the work we do.

It is a wakeup call for all of us coming from rich countries where people are taking all the material goods for granted!

Program
SAVE Volunteering Wildlife Projects
Job Title
Cape Town Supervisor
Shannon is a local South African with a passion for people. Not only does she love spending time at the projects whenever she gets the chance, but she also enjoys meeting new people from around the world and facilitating their volunteering.

My favourite travel memory would be a toss-up between seeing Piccadilly Circus and arriving in London.

After my flight from Cape Town, I had to catch an overland train into the city. We were running late for the train and made it just as the doors were closing. Once I was on board, I turned to see my friend still on the platform and the train pulling away. She had both our tickets and neither of us had working phones. Needless to say, it was a very stressful half-hour waiting on the next platform to see if she had boarded the next train with my ticket. I can laugh about it now, and I'm very proud of dealing with that situation as a 19-year-old first-time traveler.

Working for SAVE has definitely improved my self-confidence. It's taught me to be comfortable speaking to large groups of people and a lot about different cultures and languages. I love that I can now work with people from all over the world and know how their culture will affect their work and adaptation to South African life.