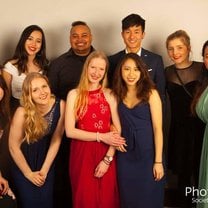 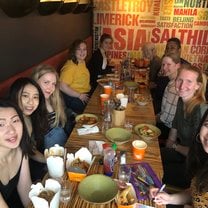 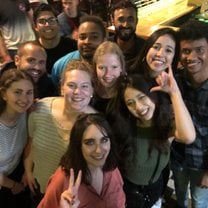 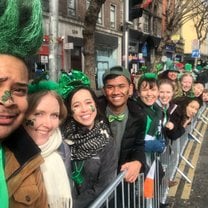 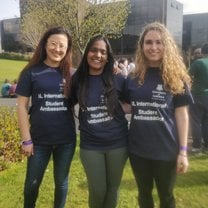 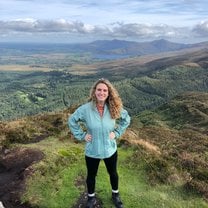 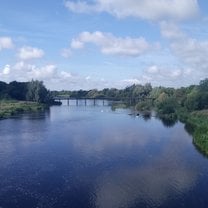 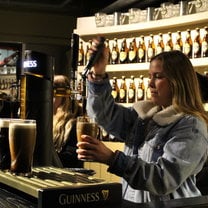 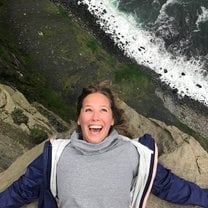 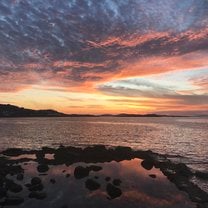 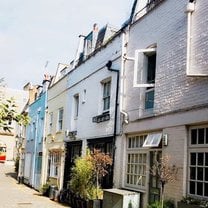 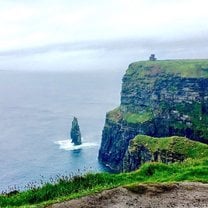 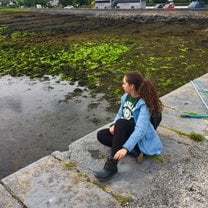 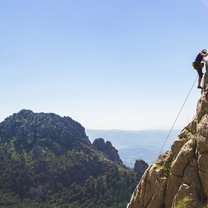 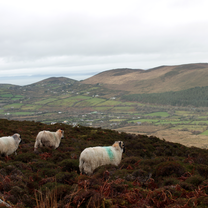 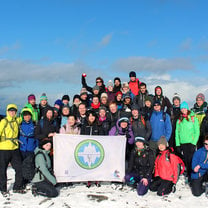 The University of Limerick (UL) is an independent, internationally focussed university with over 13,000 students, approximately 13% of whom are international. Established in 1972, UL is a young, energetic and enterprising university with a proud record of innovation in education and excellence in research and scholarship. Testament to this is the fact that ULs graduate employment rate is 18% higher than the national average!

The University is situated on a superb riverside campus and has outstanding recreational, cultural and sporting facilities free to all International students. Located in the South West of Ireland of Ireland, UL is 5km from Limerick City and 20km from Shannon International Airport.

University of limerick is actually a great place to meet new people. The atmosphere of the school is something that you only get to experience once in a lifetime. The friends that you make at the school last for years to come. As far as it goes with teachers as long as you are not taking technical or scientific courses the teachers are amazing. That is not seeing that the technical and scientific courses the teachers are mean It just means you have to work harder for your grade. When it comes to the study abroad office they are amazing. They will help you with anything and everything that you need. As far as the other students that are at the school it all depends on you. You can make this experience amazing by being outgoing and meeting new people, or you can make it miserable experience and try to avoid people left and right. As far as getting around in Ireland be sure to get a bus pass it is the best though not always on time it is the best way to get around. Getting a bike is good but you have to make sure you get a nice juicy lock so that it does not get stolen. Let’s not be scared of this because those things happen everywhere in the world. But the only advice I can give to those that are going to the university of limerick is to be outgoing be interactive and get out of your comfort zone. Make sure you were one of the students that does well going in there with electives, and takes full advantage of everything they have to offer. I know 16 weeks or so is a long time for some people but it’s not enough to actually see it all.

I studied abroad at UL in 2016 and fell in love with campus, the welcoming and exciting energy of UL and life as a Limerick resident. As soon as my semester ended, I had my heart set on going back. I needed to earn a master's degree to work in my field, and when I researched UL's programs I realized that tuition was significantly cheaper than schools in the US and programs tended to last only one year. Not to mention, I could work part time. I got to return to my favorite place in the world and even worked with the international office to support incoming students! At UL, I learned from professors and mentors who really cared about me and made friends that truly became family. I loved the people around me, my Limerick community, and Ireland!

What was the most nerve-racking moment and how did you overcome it?
Making the decision to move abroad not knowing anyone. I had to trust myself to make the decision that was right for me and not let fear of the unknown get in the way. There are so many ways to meet people and make friends in UL, whether it's classes, clubs or events in town. If I hadn't put myself out there, I would never have been able to meet people who I love like family today!

My stay in Ireland was not my first long stay abroad but it was the first time I went for an academic purpose and I have to say that I have not been disappointed. The staff are qualified and good teachers. I do not remember a time I was as intrigued as I was in my lectures at UL. The only course I did struggle with was an Irish language course, which was fun but I could not really work with their structure, as they taught sentences and not the grammar of the language, but that is a personal difficulty I encountered in only that one course. All my other classes were very well structured. I also participated in a practicum module that I would recommend to everyone attending UL because it offers the possibility to get into a community and work with the people living in and around Limerick. I will never forget this experience.
The atmosphere at UL was amazing and I met many friendly people that I am still in touch with and hopefully never loose contact with. It was exciting to meet people from Ireland but also from all over the world. The campus offers the wonderful experience of different nations coming together. Clubs and societies as well as the international department offer many activities to get to know others and make friends.

What would you improve about this program?
More information on the different courses offered to International students would have been nice though one can always send e-mails if in doubt.

The campus is beautiful. The professors were intelligent and qualified (and very helpful if you ask!). They are very helpful in giving information and also being there to answer questions. Limerick is a cool small city with a good night life and UL has their own bars on campus so you don't have to go far if you don't want to. Housing was nice and convient to the campus. Overall a great experience! Might even come back and study their in the future for a masters degree.

UL was truly an incredible experience. Not only was the school great, but all of the clubs and activities they offer really help to improve your experience. I joined the international society and had the opportunity to travel all over Ireland on a budget. When I wasn't traveling in Ireland, I took trips with my roommates and friends to other countries throughout Europe. I highly recommend this program to anyone interested in studying abroad.

What would you improve about this program?
The school should make a greater attempt to help familiarize international students with the new academic processes.

Greece
View All Reviews
Displaying 1 - 3 of 3 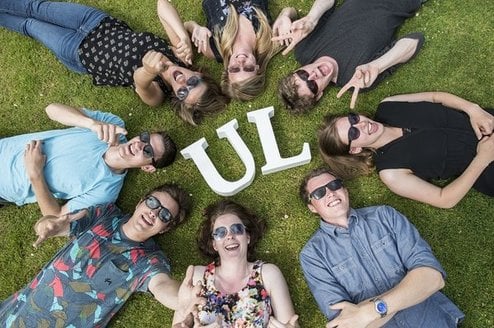 23 reviews
Save to Wishlist
University of Limerick

UL annually welcomes over 2000 International students from around the... 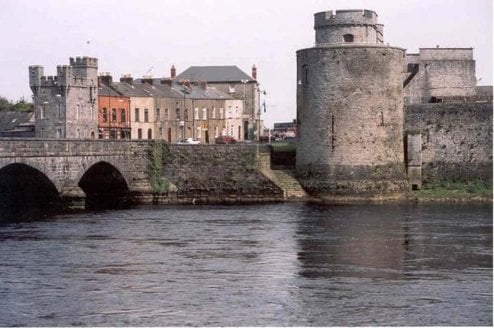 4 reviews
Save to Wishlist
University of Limerick 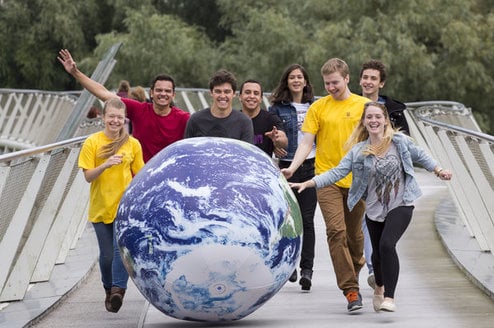 4 reviews
Save to Wishlist
University of Limerick

Masters Programs at the University of Limerick

Students choose the University of Limerick for the internationally...

Program
Masters Programs at the University of Limerick

Ashley studied abroad at UL for a semester in 2016 and returned in 2018 to complete a master's degree. While she earned her degree, she worked on campus with UL International as a Cultural Advisor and as an International Student Guide to help acclimate new international students to life at UL and in Ireland.

I chose the MSc Marketing, Consumption, and Society program because I loved the business classes I took when I studied abroad and knew a degree from Kemmy Business school would be internationally accredited and indicate high quality. The program is cost and time-efficient, as it is a one-year full time, as opposed to the typical two-year graduate programs in the USA with higher tuition fees.

While some modules are grounded in theory, others teach through real-life experiences. I created several marketing campaigns for local businesses in County Clare and County Galway.

UL International prepared me by sending helpful pre-departure emails about the campus, Irish culture, things to do before and after arriving, etc. They offered a free airport pick up as well, which I was grateful for when I was a study abroader with little travel experience. On-campus resources like the First 7 Weeks help you know all there is to know about UL along with UL Student Life.

I booked my accommodation on my own online through Campus Life Services.

Program
Study Abroad at University of Limerick, Ireland
Job Title
International Student Recruitment Officer for North and South America
Niamh grew up in a small village in Ireland; the only three reasons you would find yourself in Niamh’s home village are: you live there, you are visiting someone who lives there or, you are completely lost.

Niamh loves all sports and started playing rugby at University, where she completed her undergraduate degree in Law & Tax, Niamh realized she was not suited to sit behind a desk for her career and went on to do a Masters in Marketing and Management.

After playing International 15s and 7s rugby for a number of years with Ireland and working with International students, Niamh joined the UL Team, where she is the International Student Recruitment Officer for North and South America at the University of Limerick since 2017. Niamh loves her job, as she gets help students to figure out their future careers and gets to travel a lot to meet new people and experience different cultures.

My favourite travel memory is from a trip where I traveled to Italy with the Irish Team to play against Italy in the Six Nations, but this was special game, as we were aiming for winning the tournament and also a grand slam (that is, winning the full tournament with no loses).

The day we arrived, the sun was shining and it was around 22 degrees (celsius) - it was a perfect day for the pre-match warm-up. Overnight the weather changed and it snowed and rained - we played Italy on the coldest day I've ever played rugby in! We still managed to win 6 - 3, which is a very close game in Rugby!

That was the first time Ireland won the Six Nations, and to win it as a grand slam was amazing. We shared the amazing Aer Lingus flight home with fans and an Irish band! All of us singing Irish songs together for the whole flight.

It will be hard to beat a trip like that one.

Working for UL has really opened my eyes to the opportunities and support available for students within the University. I have met some inbound UL students and witnessed them becoming independent and mature adults during their time at undergraduate or postgraduate studies. I really love to see students I meet and advise to become successful, and the University of Limerick really supports them through this.