This is from when we ziplined through mountains in Mendoza

UGA en Buenos Aires is an immersion program that creates the opportunity for students to live in the vibrant and cosmopolitan capital city of Argentina, to increase competence in Spanish, and to learn about the specifics of a South American society and culture, within a rigorous academic setting provided by faculty from both the University of Georgia and our host Universidad de Palermo. The goals of the program will be met by classroom instruction at Universidad de Palermo, cultural excursions, intensive reading and research, interactions with Argentine students and faculty, and home stay with Argentine families.

In the summer of 2014, I spent 6 weeks in Argentina with the UGA en Buenos Aires study abroad program. I took one Spanish literature class at la Universidad de Palermo and one hybrid class/internship with an Argentine criminal defense lawyer.

The trip was one of the most incredible experiences of my life. The classes and internship took a considerable but very reasonable amount of time. My Spanish-speaking skills improved tremendously over the time I spent there and I learned a lot of new vocabulary you simply don't find in textbooks.

The included travel we did was stupendous. We toured the city of Buenos Aires and almost all of its unique boroughs, allowing us to be exposed to their culture in the touristy areas as well as the homes we lived in - not to mention at the university or in the bars (if you were one in the group that went out as often as I did).

On top of Buenos Aires, we traveled to visit the famous Mendoza wine region and to see the Iguazu Cataracts. Mendoza had some of the most beautiful landscapes I've ever seen - luscious grape vines growing with frost-tipped mountains looming in the background. Iguazu was a fantastic experience as well. The Iguazu Cataracts are considered a new natural wonder of the world and were actually flooding when we visited - I had the unique privilege of seeing this tremendous set of waterfalls when they were flowing at 40 (FORTY) times their normal volume. The flow was so strong that it destroyed some of the tourist footbridges and paths on the site.

The housing was solid. I lived in the apartment of an Argentine mother and her daughter on the 3700 block of Avenida Rivadavia along with another UGA student. They cooked plenty (and I mean plenty) of food for us at dinner and were overall very hospitable and accommodating. The location was somewhat less convenient than the locations where all the other UGA students were - we were in the south part of the Al Magro neighborhood/borough while most of the other students were in Palermo or Recoleta (which were much closer to the University). However, there was a very affordable public transit system that was usually pretty reliable. When that failed, you could still get almost anywhere within a couple miles via taxi for under $10.

The food was fantastic. I had several of the best meals of my life in Argentina. The four main foods there (or at least the four main foods I ate while there) were steak, pasta, pizza, and empanadas. Argentina has strong cultural ties to Italy and I had outstanding pizza while there - my personal favorite was from "El Cuartito." Along with the Italian food, Argentina has a massive dairy industry and you can buy incredible cow-based dinners there for $10-15 - often marked by the words "parrillada," meaning grilled. A parrillada dinner typically includes 6 or 7 different kinds of meat - 4 or 5 of which were always tremendous. The other 2 or 3 were usually blood sausage or some sort of cow innard that I wasn't too interested in eating. Every time I ate pasta there, my mouth couldn't believe the incredible smells and flavors flowing forth from what had always been a rather boring meal back home. Finally, the empanadas were my savior on that trip more than once. If in a rush to get to class, you could stop into a cafe and pick up a couple empanadas for a buck or two each. Most of the time, empanadas were delicious little pockets of happiness. The times that they weren't as great were when they were bought from the sketchier/lower-quality cafes or restaurants (although some of those had surprisingly impressive ones).

The base cost was about $5000, with airfare not included (cost me roughly $1500 buying round trip tickets a few months in advance). Over the 6 weeks, I spent probably an additional $1500 (the exchange rate was ~11 pesos to the dollar while I was there) for food, souvenirs, nightlife, etc. A more frugal person than I could have easily survived on just 500-600 for food, but I partook in the vivid nightlife of Buenos Aires several times a week and consequently squandered a small fortune in the city's bars.

I could talk about the trip for hours on end, but I have a test to study for and shouldn't procrastinate too much longer. If you have any questions, you're more than welcome to get in touch with me through this website.

What would you improve about this program?
My main gripe was the location of our housing. It really wasn't that bad, but it added a half our or so onto my transit times for intra-city outings with other students in the program.

This is from when we ziplined through mountains in Mendoza

Program
University of Georgia en Buenos Aires
Matthew is a sophomore in the Honors Program at UGA who studied abroad in Argentina with the UGA en Buenos Aires program for six weeks in the summer of 2014. He was born and raised in Chattanooga, Tennessee before coming to Athens for school. Matthew is 19 years old, a Leo, and enjoys long walks on the beach!

Embrace the experience. Live in their culture, not yours. Meet new people; don’t just stick with other English-speaking kids from your group. One of the hardest things for me to watch in the program was the kids that weren’t getting anything special out of it.

These kids sheltered themselves from the experiences. Some of them would never go out to see the nightlife and, if they did on some rare occasion go out, they wouldn’t try and get to know any of the locals. Sure, they would go to class and probably still picked up a good bit of Spanish, but they would sit out on all of the real experiences that made the program so special.

They didn’t get to experience Milion, a mansion in the middle of the city of Buenos Aires that some brilliant man converted into a massive, luxurious bar. They didn’t get to witness the rich culture and ingenious lifestyle of the citizens of this beautiful, twisted, magical city. They didn’t get to play drinking games with a crowd of Canadians, Australians, and Dutch at their hostel in Iguazu while avoiding a tropical torrent just outside.

On top of that, South America is an increasingly relevant continent and I learned a lot about what was happening outside of the US that I wouldn’t normally have been exposed to.

The University of Georgia prepares students to become global citizens equipped to respond to the changes and challenges that affect our local and global communities. UGA offers study abroad programs in over 60 countries and they range in duration from 2 to 52 weeks. Each year nearly 3,000 UGA students study, research, or intern abroad in dozens of

END_OF_DOCUMENT_TOKEN_TO_BE_REPLACED 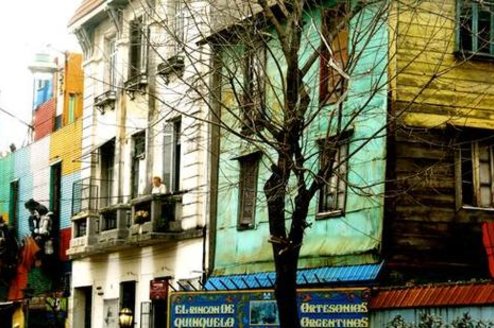 23 reviews
Save to Wishlist
IES Abroad

If you’re ready for an urban adventure, Buenos Aires is your city... 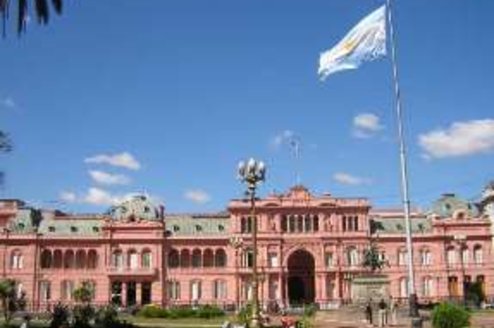 12 reviews
Save to Wishlist
IES Abroad

Live and study in Buenos Aires! Specially designed for students with... 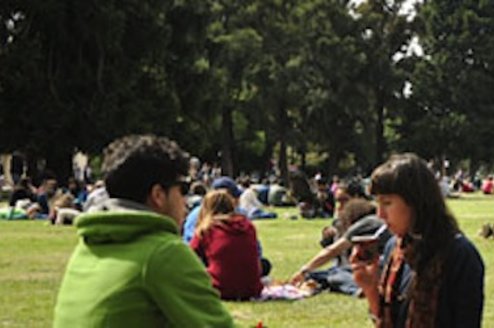 3 reviews
Save to Wishlist
IES Abroad

This program is designed primarily for students with a beginning or...