Study abroad in Shanghai and experience life in a city that's shaping the global economic scene. As China's largest city, major port town, and "Gateway to the West," Shanghai is a rapidly growing metropolis that many young Chinese consider a golden land of opportunity. Shanghai may be all modern on the outside, but the city's ancient past is tucked just under its iconic, modern skyline; just explore its many parks, canals, and bridges to catch a glimpse of Shanghai's rich history. Immerse yourself in local student life as you take classes alongside Chinese and other international students, while gaining language fluency, studying Chinese culture, and taking courses that meet your academic, personal, and career interests in subjects such as business, Chinese language and culture.

Studying abroad will change your life, improve your employability, and enhance your global competence. That's why we commit more than $2.0 million each year to our financial and scholarship programs.

I study abroad in Shanghai for 6 weeks with CEA Study Abroad and I can honestly say it was the highlight and turning point of my undergraduate career. I had never been out of the U.S before and was nervous about what to expect traveling thousands of miles to a place I had only heard stories about from people who lived there or on the news. However, what you hear is not exactly the way things are, Shanghai was like a dream I never wanted to wake up from. CEA staff were very helpful in making the departure process as smooth as possible and the onsite staff were very patient and very understanding as I was not as fluent in Chinese as other students. One thing I learned is that its not easy learning Chinese and you wont get it the first few times but its all about dedication and how much you practice so you never forget what you learned. My on-site director was very nice and helpful in getting me extra tutoring sessions that made all the difference in the world to me.

Also during this time my parents were going through a divorce but I was not affected in the slightest by it because Shanghai kept me steadily enticed by its lights, people, food, and unique culture. I can honestly say it felt as though nothing else in the world mattered but where I was at that moment. The excitement I felt talking to locals, chasing trains and hanging out with friends around The Bund near the famous Shanghai Skyline. I found myself starring at that skyline every night during the ending days of my program knowing that I would never see it again. I wanted it to be embedded in my memory forever so I stayed for hours looking at it, trying to remember every detail about it. CEA has been the best program especially for someone who has never traveled outside of the states before. I would highly recommended any student who is interested in China to go to Shanghai with CEA and get in-tuned with yourself and make memories you will be talking about for years to come. Im still trying to find my way back to China, as a graduate student. The sad part about CEA is that they do not offer graduate level courses but its still an awesome program that changed my life and career. Thanks CEA!!!

What would you improve about this program?
Te study abroad course could be improved by making Shanghai available during the fall and spring months. Additionally have courses that pertain to Chinese literature or culture.
Helpful 

CEA was one of the few programs that were available at our campus to offer intensive Chinese in Shanghai. As a first-time overseas student, I wanted to have my pre-departure guide to be as helpful and simple as possible.

CEA was very organized and always had available representatives to answer any and all questions that I had.

CEA was surprisingly more helpful than my home institution. They helped with my pre-departure procedure by informing me of the visa I was required to have and provided the necessary paperwork to make my experience with the Chinese consulate less frustrating.

Also, I received a partial scholarship to attend the program abroad. CEA was very helpful by allowing me to pay the remaining balance of my program cost after the program ended and my student refund came. I honestly don't believe any other program would have done that for me.

With 22 destinations across 13 countries, CEA Study Abroad offers an ideal balance of academics, internships, and adventure to more than 4,000 students each year. Find out where learning abroad can take you by clicking the “Visit Site” button and exploring our many options.

Why study abroad or complete an internship abroad? Because as you study...

END_OF_DOCUMENT_TOKEN_TO_BE_REPLACED 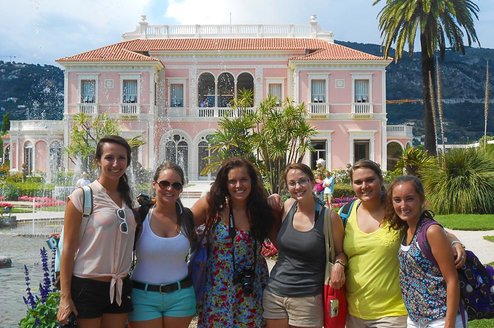 With its 300+ sunny days a year, world-class museums and galleries... 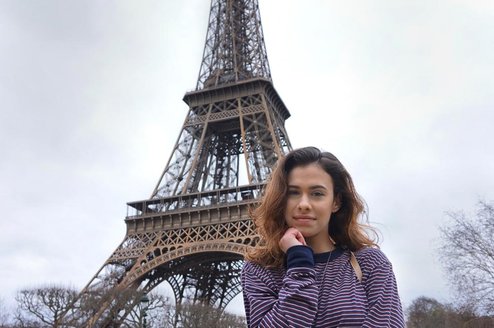 Imagine spending a semester in Paris, the embodiment of fine art...