The University of Copenhagen continues to increase the number of degree programs that they offer in English every year. To see further information, click on the above "Visit Our Website" link to get started. Choose which degree you would like to pursue, and continue from there.

Housing options are not included in the program fee or provided by the school for degree abroad students, though the University does provide helpful links and information on finding independent housing. So get started now to begin planning to study abroad in Denmark! 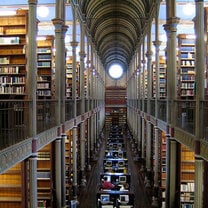 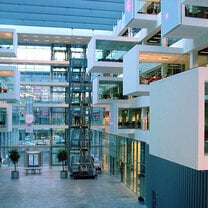 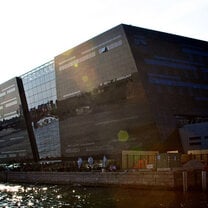 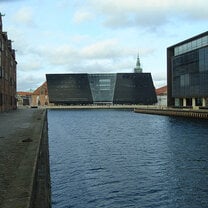 Why did you decide to study abroad at the University of Copenhagen?

Despite the significant personal growth I experienced during my first undergraduate study abroad experience, I never felt comfortable making the jump to a full 1-semester or 1 year study abroad during my undergrad. This was something I always regretted and which was, in retrospect, a bit silly. When I graduated, my graduation gift was a three month trip to Europe. Solo. Somehow I was willing and ready to do that, even though the far more "comfortable" semester abroad had seemed too intimidating just a few months earlier. I suppose timing is everything.

After returning from my three month trip through Europe, the first two months of which were done solo, my travel exploded. I started a job as Director of Research (Analyst initially) for a mid-market Mergers and Acquisitions group and structured my two weeks of time off a year in a way that overlapped with vacation time. By combining holiday vacation time with unpaid vacation I was able to do two trips a year for 18-21 days a piece. This was my general life and travel style between January 2008 and June 2011 when I left my position and returned to grad school.

I decided that enough time had passed that I missed the academic environment. My job was good and secure, so it was less an issue of needing to go back, and more one of being eager to expand my horizons. I knew I wanted to expand my social network, and that I wanted to leave Arizona. I wish I could say my decision process was more rigorous but in reality I just pulled up a list of the top 100 universities in the world. Then made my way down the first 50 looking at where they were located, asking if it was somewhere I wanted to live, and then looking to see if they had a program tied to Communication.

Of the schools I applied to, the final decision came down to Georgetown in DC and University of Copenhagen (KU) in Denmark. While a very difficult decision KU offered me a tuition waiver vs. Georgetown's $30,000 a year in tuition. KU also provided the opportunity to work, live and study abroad in Copenhagen - one of my favorite cities in the world. There's also something spectacular and perhaps a bit romantic about studying at a University that pre-dates the settlement of your home country. The University was founded in 1479.

The people and the city.

Adjusting to the Danish education system has been an interesting experience. It's unlike anything I've ever taken before. There are many aspects of it I absolutely love. At the same time though it has also given me a renewed respect for the American University experience (academically). Particularly at the masters level. This has led to a number of academic frustrations about size of Masters classes, lack of real world application, and course format.

All of which has been offset by the absolutely incredible people in my program and the people I have met here. Of the 27 people in the Fall 2011 Communication and Cognition program, and additional 30 or so under our parent department (Media, Film Studies, Communication and Cognition) there isn't a single person I don't genuinely enjoy. The mixture of people and cultures is fantastic.

I've also fallen in love with the city. It's an amazing mixture of metropolitan capital and small friendly town. You regularly see Copenhagen top many of the lists for happiest, most eco-friendly, best quality of life, etc. and based on my experiences here, those rankings are with good reason. The Danes are friendly, fantastic interesting people who have a rich culture and wonderful national history.

The University of Copenhagen invites international students to come study abroad in one of their amazing summer, semester, yearlong, or degree programs taught in either English or Danish. Check out some of the great programs below and start planning for your next amazing experience in Copenhagen, Denmark! END_OF_DOCUMENT_TOKEN_TO_BE_REPLACED 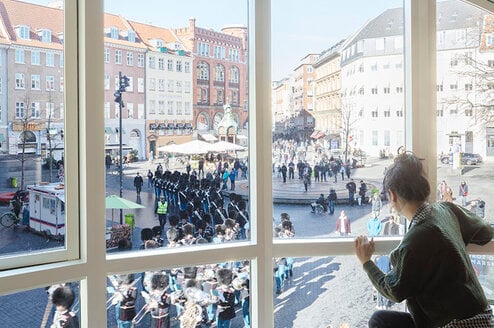 Multiple Countries
9.83 •6 reviews
With CIEE's, you can design your very own semester program in up to...
View Program 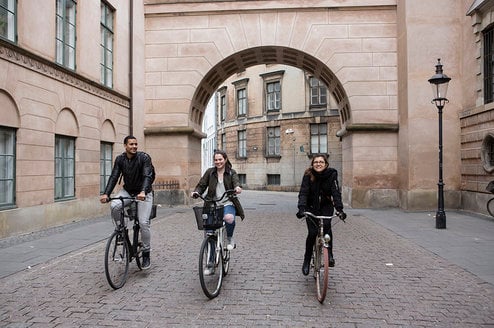 Denmark
8.86 •14 reviews
Copenhagen is one of the most livable cities in the world, where...
View Program