IOU Respect is a two-week, intensive, cultural exchange program designed to increase the participants’ knowledge of other cultures, help them develop skills for intercultural communication and foster attitudes that promote mutual understanding and tolerance. Participants from the six countries will engage in a mix of facilitated dialogue sessions (5+ sessions, 3-4 hours each), team-building project work and group outings and activities.

Participant Requirements:
- 18-23 years old
- Fluent in English
- Citizens of the US, Egypt, France, Germany, Lebanon or Tunisia with a current passport at the time of the program. 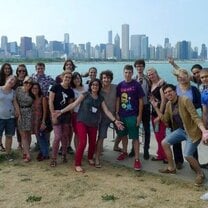 IOU Respect is a program that was established by Hosteling International after 9/11. Representatives from the different HI associations met together to discuss the apparent need for greater cultural understanding between people from Western countries and those of predominantly Muslim countries. And what better way to bridge that gap than by creating an annual program that brings together youth from these countries for a full week of cross-cultural exchange.

The year that I participated it was hosted in Chicago (one of my favorite cities in the world!). Participants from the U.S., France, Germany, Tunisia, and Egypt arrived at the hostel excited and unsure about what they had gotten themselves into. The itinerary went as follows: In the mornings we would attend workshops where we would talk about our different cultures, the perceived differences, and if these differences actually meant something. Then at night we would have free time to explore and even partake in some city excursions.

Engaging in different ice-breaking activities while exploring Chicago as a group turned out to be a lot of fun. We got to go up the Skydeck (previously called the Sears Tower), listen to music in the park, go on a scavenger hunt throughout the city, visit Cedar lake, etc. My favorite among the activities was when we got to go to the Green Mill Lounge, a jazz club that Al Capone used to frequent. The music over there was fabulous as was the swing dancing!

While our outings provided light-hearted fun, the workshops were a more serious time for engaging in discussion. In fact, the workshops were at times really intense. People would get into passionate discussions about politics, stereotypes, and in particular religion. During the religion session, there was a really uncomfortable moment where a participant insinuated that it’s silly that in some people’s tiny little minds there is a man controlling things on Earth, a.k.a. God. However, the instant they said it, they realized that regardless of people’s beliefs it’s not necessary to to refer to them as people with”tiny little minds”. This moment reminded us all that albeit our personal beliefs it’s still important to be respectful of others, and not patronizing.

Throughout the workshops there were definitely some moments of unease like during the religion workshop, but because of the positive environment for discussion that we had created, we left those workshops with a better understanding of ourselves and our peers. By becoming friends and constantly working on maintaining an environment of respect and open-mindedness we were able to get past the things that separated us, and find common ground.

It was a positive life changing experience for me and I highly recommend taking up the opportunity to participate in this incredible program!

What would you improve about this program?
I think it would be cool if this program could be broadened and in the future could also bring together people from China and India.
20 people found this review helpful.
Helpful  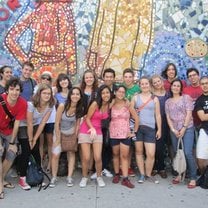 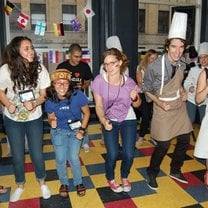 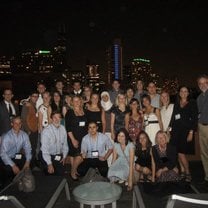 Do you have an insatiable, voracious appetite for discussion, exploration and debate ? Are you genuinely curious about other people, cultures and ideas ? Then hurry up !

This program actually offers you all this, the most stimulating and heart warming holidays you will ever have, with outings, games and free time to balance out the serious discussions, all this, for the very modest price of nothing. (well maybe a small contribution for transport)

As an added bonus, provided you get along, you will have also acquired an international circle of life long friends ready to host you in their home countries. What's not to like ?

If you aren't already scrolling down to apply for this wonderful adventure, there's something wrong with you.

What would you improve about this program?
More debates ! More productive conversations where being offended or upset does not shut down the discussion. (the program is the perfect setting to explore and discuss usually taboo subjects such as religion and politics in a open minded way) Disagreeing is not a problem, on the contrary we should encourage "productive disagreement"
18 people found this review helpful.
Helpful 

I participated in IOU Respect in 2012 and think that this youth exchange is an experience for a lifetime. It showed me how easy it is to break obstacles dividing us and change them into bridges to unite us if we only get together and talk about what we think. Those two weeks with people from 6 different countries give a lot of time and space to understand, discuss and live all the similarities and differences we have. It's not about agreeing on everything the others say, but on respecting and learning about the other's opinion, thoughts and beliefs. To me, language obstacles were never an issue and you always have three other participants from your country plus a teamer to help you in case you didn't understand or don't know how to express your thoughts in a foreign language. The experience isn't limited to only 14 days: I am still in contact with several of the other participants of my year which proof to be enriching and valuable every day.

We spent a lot of time together, had religious, political, cultural difference-discussions and had great exchanges this way. Community activities were a great part of the programme as well, so that we could be and experience new things together as a intercultural group.
Language burdens didn't seem an issue, but for me it was still difficult to articulate myself sometimes and make my point if view understood.
All in all it was awesome experience and I am very happy I was part of it!!

It's been 5 years since my experience, and I still can't put into words how wonderful my time in Morocco was. We had discussions about race, gender, sexuality, culture, politics, communication, food, you name it. No matter the differences between us, it was great conversations and experiences with great people. On our off time, we got to see a beautiful country full of life. It makes me sad that I am no longer in the age group for this experience. I would go back in a heartbeat.

What would you improve about this program?
Can't think of anything to improve!
18 people found this review helpful.
Helpful 

I had the chance to take part to IOU RESPECT in 2012 in Chicago. Two weeks, out of the time, out of reality that I Will always remember. It is à 24/7 experience of debating, discovering, talking, loving, eating. Two weeks of various activities, enriching discussions and networking (I am still in touch with a lit of my fellow friends from IOU and managed to see and visit some of them!). Do not let this opportunity pass; seize it and live an experience that cannot be described by words.

What would you improve about this program?
I actually thought everything was perfect. The only thing we were all regretting was the lack of advertising and récognition of the program. So, SPREAD THE WORD!!
19 people found this review helpful.
Helpful  I think my favorite traveling experience was in Myanmar. The people I encountered there were phenomenally friendly, open, helpful, and welcoming. Of course there is beauty and history and delicious cuisine to enjoy in Myanmar, but it was really my experience with the people there that make it my favorite experience thus far.

What position do you hold at Hostelling International USA? What has been your career path so far?

In my current role as Regional Engagement Manager with HI USA, I recruit, train, and support volunteers to help spread our mission of tolerance and intercultural understanding through travel. My career path began after earning my teaching degree from UW-Madison.

I taught high school English for a year, and then taught English as a Foreign Language in Japan with the JET program for two years. I ran Hostelling International Chicago’s educational outreach programs for several years before earning my Master’s Degree in Multicultural Communication and moving into my current role.

Hostelling International USA (HI USA) is a nonprofit, member organization founded on an enduring belief in the power of travel to foster a deeper understanding of people, places, and the world around. It’s our mission to promote a dynamic community of global citizens who have the wisdom and humanity to actively make the world a better place. As the... END_OF_DOCUMENT_TOKEN_TO_BE_REPLACED 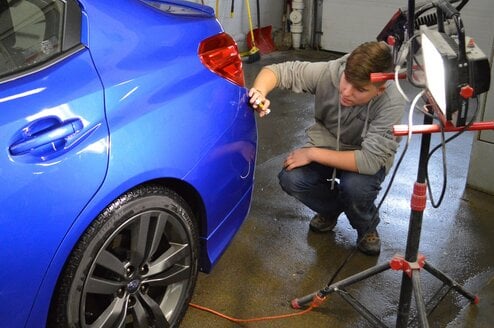 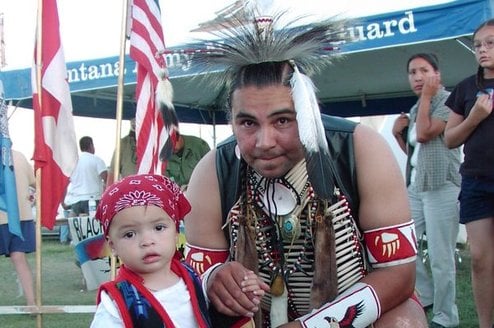 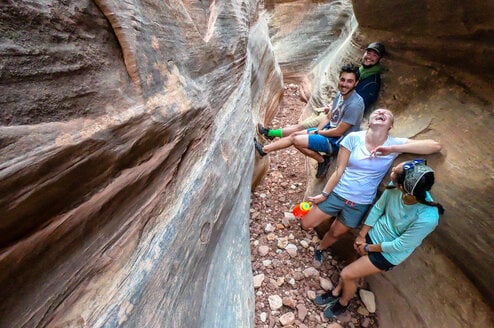