Spend your summer in France with ISA! Lille is a charming city in the Nord-Pas de Calais region of Northern France that has retained its exceptional Flemish heritage while offering the luxuries of a modern city. Lille was developed around the Deûle River and has been home to a number or political influences and cultures, many of which can still be seen on the façades of its ancient and eclectic architecture. The Université Catholique de Lille is France's largest private university with over 22,500 full time students and 5,000 staff members. As a comprehensive university, it is home to 26 different faculties and schools and offers more than 140 distinct degrees in several centers of excellence to include Law, Economics & Management; Sciences and Engineering; Heath Sciences & Social Work; and Humanities.

In 2014, GlobaLinks Learning Abroad merged with International Studies Abroad (ISA), therefore, the GlobaLinks program reviews may not accurately reflect the new program structure, which has been greatly improved through the integration with ISA.

This is a program in which they give you all the tools you need to socialize, to go out and have the best time, to learn about yourself and the city that you're in. If you're interested in Marketing, International Relations, Politics, Arts, etc. This program is right for you. I cannot stress how well this program helped me better my french language skills as well as just immersing me in french culture. They show you your potential and your potential future in this city. The staff/interns were so helpful! Bridget was the most helpful and down-to-earth person i've met while abroad. Lille is one of the most lively cities in France other than Paris. This city is for the people that like cities, but want something a bit smaller with less traffic. Lille is unique, and I miss it like a hometown!
In a couple words this program treats you like an adult while giving you so much help at the same time.

What is your advice to future travelers on this program?
Bring a portable charging brick.
Drink the wine! The chinese dumplings behind the canteen are yummy!
Socialize with your group and go out!
Did you find this review helpful?
Vote up! 0
Vote down! 0

Me and friends in the Grande Place

Me and some friends in Bruxelles

ISA's program in Lille was absolutely perfect for me. It was a summer program that allowed the option for a back to back 2 months, and I'm so happy that I stayed longer! By staying in Lille (vs. Paris for example) ingot to experience a non-tourist infected, beautiful city where I got to practice my French language so much! The locals are so sweet and Lille is a university town, so it was nice to immerse myself with the locals. One of my favorite memories is going out on the town during La fête de la musique, which is basically a holiday all across France where locals share music with their entire city outside every bar, restaurant, and main square within their city. Three of my friends and I hit the town traveling from bar to bar just hearing the music of the city we had come to love. The locals in Lille are just so talented and it was so humbling just to partake in a favorite holiday of theirs. We danced with locals our age, learned some new dance moves, and we're even asked to karaoke some American songs they were singing. It was a night full of fun, laughter, and friendship. I wouldn't trade my experience in Lille for anything; it taught me more than I could've ever dreamed of.

What would you improve about this program?
Better dorms for ISA participants; better 'breakfast' served by that dorm, and more psychology/sociology courses offered from the university
Did you find this review helpful?
Vote up! 0
Vote down! 0

Long Live France! I have this hanging on my wall to remind me of my best summer yet. Spending 5 weeks in France gave me the opportunity reach out of my comfort zone and fully immerse myself in a new culture. With teachers from France, Germany, and Britain, I was able to learn more about the world, the French language, and European Business. I believe the real learning came from the streets of Lille. There was one experience that I never could have planned for, and it changed the way I see the French culture. The FIFA World Cup is played every four years. This summer, the games began about two weeks after I had arrived in France. On June 15, France played Honduras and I saw the French come alive. Eating dinner at 9pm, gathering at restaurants, parks, and bars to watch the game. Screaming and shouting when a goal was scored. Eager and enthused fans storming the streets, as the game came to an end. I found myself drawn to the World Cup even after I got back home, but cheering for the French just wasn’t the same. It was only by chance the World Cup and my study abroad overlapped, but it changed my perspective on soccer, the World Cup, and the way I see the French Culture.

Whether you are looking to learn the language of love, ski in the french alps, indulge in incredible food, or unwind by the French riviera; this country has plenty to keep you busy. While traveling in France, you will see a large variety of different lifestyles, accents, and delicacies from region to region.

END_OF_DOCUMENT_TOKEN_TO_BE_REPLACED 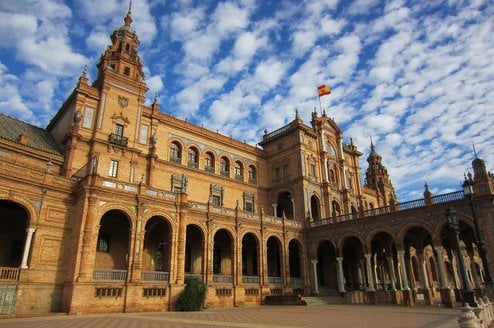 Madrid, the capital and geographic center of Spain, is a wonderfully... 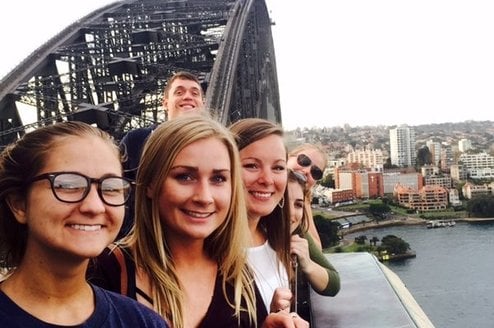 Kick start your career and explore the land down under with ISA...