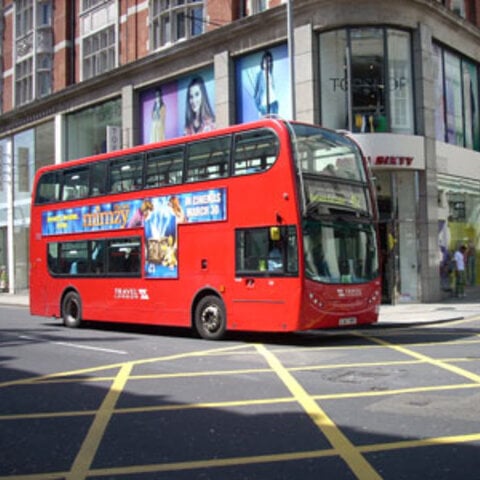 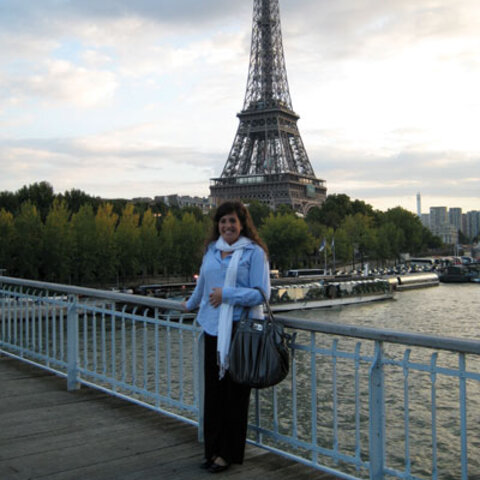 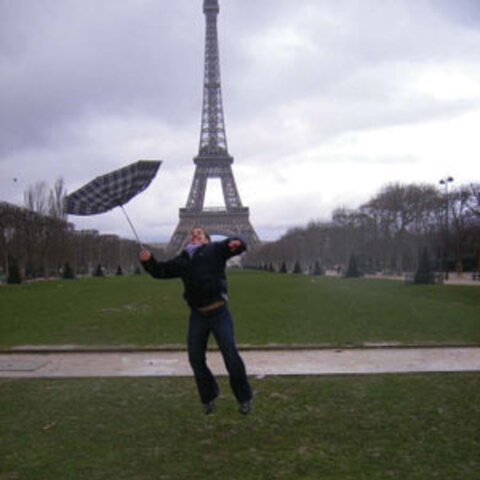 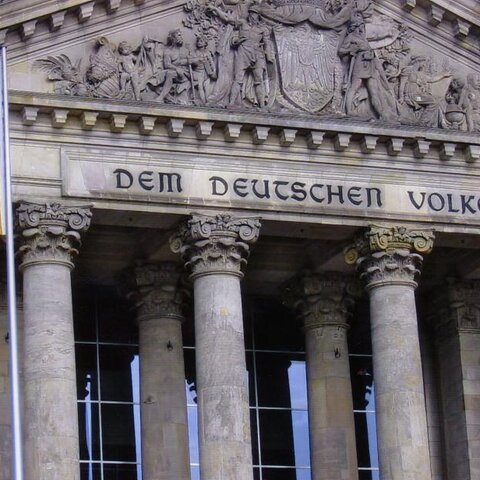 If you can’t decide on one city to study in this summer, maybe you’d like to go to six or seven? Spend 4 weeks studying European business and politics in London, Paris, Brussels, Strasbourg, Frankfurt, Prague, and Berlin.

Earn 3 credits with a course designed to provide a comprehensive introduction to current commercial, financial, political and economic situations in Europe, with emphasis on the further development of the European Union, the euro and European integration.

Live in hotels and student residences, with breakfast included daily. You’ll enjoy field trips to European businesses and institutions, museums, and historical and cultural sites. The course includes visits to the Bank of England, the Louvre, the Council of Europe, the BMW Plant and many more. Students have free time to explore on their own with scheduled “free” days and afternoons.

When I did this study abroad program it was my first time abroad. I thought it was perfect for me since I had not been anywhere in Europe before this program. The class was really interesting. I enjoyed the class because we got to visit several companies or government organizations throughout our trip. I would not have had the opportunity to do this on my own. Aside from this, I liked that I was able to travel in a group to multiple countries with a guide. I enjoyed being able to walk on my own after class and get a feel for the cities we visited. I would definitely do it again!

Prior to this program I had never been to Europe, but it was always in my mind. I decided to select this program because I felt it gave me the greatest opportunity to see the most places in a short time. Aside from just visiting the countries, I also wanted to learn about what made them tick. Studying business in politics in the E.U. gave me first hand experience as we went from country to country visiting parliament, banks, companies, and heard from various speakers. One of the things that I found extremely rewarding was the amount of free time we still managed to fit into our tight schedules. I had enough time to go see a play in London, walk around in Paris, have lunch in Luxembourg, and still manage to attend presentations on a variety of Eurozone issues. If you want to knock out several countries with one program, and learn about issues that affect Europe and the world, then I highly recommend this program. Our instructor was very flexible, and understood that constant travel was not easy. The workload was moderate, and lectures allowed for plenty of discussion. If I had to decide again, I would definitely choose this program for my European experience.

What would you improve about this program?
We had a stop in Frankfurt that seemed out of place. If stops are going to be made, due to time constraints, make sure that they are well integrated into the program. From what I recall, we independently went out to eat dinner, and slept at a hotel. Not much more was achieved in Frankfurt.
Helpful 

Business and Politics of the EU was a very enlightening and amazing trip to 7 major cities in Europe and 5 countries, all in just 4 weeks. London, Paris, Brussels, Strasbourg, Frankfurt, Prague and finally Berlin. Although there was a lot of travel, you really get to know those who are traveling with and become very good friends. The only complaint would be that the days staying in London could be couple shorter while the days in Berlin or even Prague could be a day or two longer. We got sick of London and were ready to go on to Paris. Make sure to definitely have something to entertain you (Ipod, books, laptop with movies) on the long travel between cities.

I would not say that it is crucial that you have a major in business or politics in order to learn on the program at all. But with that said, it might make it more interesting if you have a major in either of those subjects, something related, or have an interest in politics or European business practices or what is currently happening with the euro. I'm an international business major, and while I have many friends at home who I think would be able to understand pretty easily what was being taught, I doubt a lot of the ones with non-related majors really care about the history of the EU an the future of the euro. So I'd say if you are interested in the topic, go for it! Just know that most people will probably have a business, Economics or political science related major. This does not give them any advantage though other than possibly having more background in subjects that are discussed on visits and so they can ask better questions.

Like with any trip, it's really what you make of it! We had free time frequently, but even when we didn't in neat places that we might have only visited briefly, we found ways to make free time. You have to be willing to go non stop for a month. If you blink you might miss something! We would get up early sometimes before visits and go to museums and would stay up late in order to experience the culture in other ways. Some of my favorite visits on the trip were going to the British parliament in Westminster and getting to meet with a member of parliament and visiting the European commission in Brussels. It was a neat time to go to Europe with everything going on with Greece, the euro, and the EU. If you went this year (or anytime in the next few years I'm sure) it would be as interesting if not more because you'd be a part of so much. I felt like I was a part of history in the making!

Outside activities were too many to name. I can think of random things I really enjoyed, but also I remember the towns in general and really liking certain ones based on their individual cultures. Of course I liked Paris (but I'm a French minor), I also loved London even though it doesn't have the food culture that most other cities have, but what I really enjoyed were smaller towns like Strasbourg. It just had such a different feel but there was still a lot to see and do. What I would highly suggest is if there is something in a city that you want to do, don't let anyone stop you. If a group doesn't want to do something, go off by yourself and do it! Of course you have to do this within reason and be smart about this though. When we were in Paris, I really wanted to go to the Montmartre area and see the moulin rouge and the sacre coeur and nobody else did.. So I navigated the metro and went by myself. It was one of my favorite things, I think partly because it was a memory all of my own and it made me feel empowered.

But really, the people in your group are what make the trip or break it. The hard thing is you can't find out how everyone will interact ahead of time. I didn't know anyone before the trip. There were 17 of us and only 4 were girls! Our professor said normally there's a lot more girls than guys though. I became really close to a bunch of people on the trip and I even met up with 4 people in Chicago this fall for a little reunion. I don't think it would've been as good of a trip if the group hadn't gotten along so well!

So my overall advice: Go on the trip! Its a once in a lifetime kind of thing, and you get to visit places that you might never have access to go to otherwise (EU buildings, US embassy, etc.). Look up some background information before on the EU and the current happenings. And don't waste time; if there isn't anything arranged for a day, don't sleep in or just sit around. Go out and explore and experience everything!

Also, if I were to change anything about my experience, I would have stayed in Europe longer. While at first a month seems long enough, it went by so fast and there's still a lot of places we didn't get to see. Some people in the group went to other places in Europe before or after and I envy them! You already have a plane ticket over there, so might as well get a little more for your money!

Why did you study abroad on the AIFS Business & Politics in the EU program? 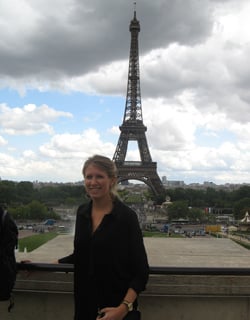 Alex: I knew friends who had gone on AIFS study abroad programs and had been very happy with how well organized they were. I knew AIFS was a well known organization and I would be able to trust it to be legitimate.

The program visited so many countries over a summer that it would have been hard to beat! Also, the program gave me the opportunity to visit many headquarters that I may never have had the chance to see otherwise such as the European Central Bank and Parliament in Westminster.

Alex: Since I did not go on a program through my school, I was able to branch out of my comfort zone and meet new people. It was also nice because everyone else on the trip was in the same position that I was, which made it easy to adjust. Also, I definitely made the right decision in picking a multi-city program. While I loved all of the cities that I visited, I feel like I would have missed out on so much if I was confined to one city for the whole program. Thus, I was able to experience so many different cultures in such a little span of time.

Alex: My experience has solidified my feelings about working abroad, either full time or in spurts. As an International Business major, I was always enticed by the idea of working for a large, international company. By studying abroad and getting to visit and hear about many corporate and international companies in Europe, I have realized that this is definitely what I want to be doing. 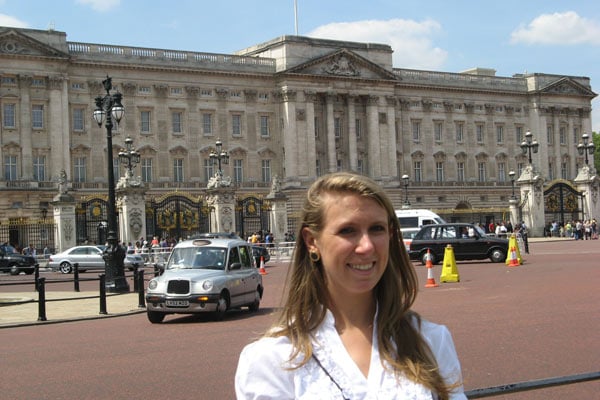 Academically, the program gave me a hands on approach to some of the concepts and policies that I have studied in the United States. By seeing things applied, I was able to enhance my learning and everything took on a new light. By seeing the history of the euro evolve right in my presence, I became much more engaged! I have taken this interest back with me and I continue to keep up with the current events of Europe and enjoy seeing how this relates to other countries not in the EU.

AIFS is a leading provider of study abroad programs. Since 1964, more than 1.5 million students have traveled abroad with AIFS. Comprehensive program fees make it convenient for students to study abroad and experience all that the world has to offer.

With over half a century in the industry, AIFS has the resources and experience to provide what...

END_OF_DOCUMENT_TOKEN_TO_BE_REPLACED 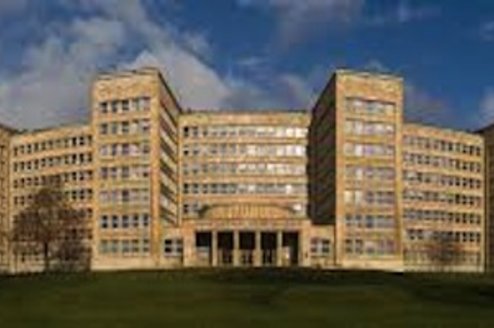 Study Abroad at the University of Frankfurt

The Goethe University Frankfurt is a university which was founded in... 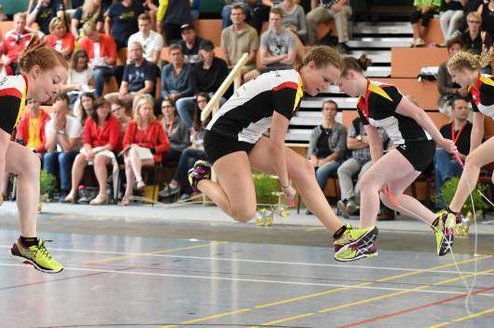