The campus and student accommodation are located in the thriving metropolis of Budapest, where students are immersed in Hungarian culture and have immediate access to a wide range of activities outside of class. Studying abroad in Budapest also allows students the ease of traveling to other top destinations in Central Europe such as Prague, Krakow, and Vienna.

Please visit our website for additional information about AIT, the application process, and life in Budapest. 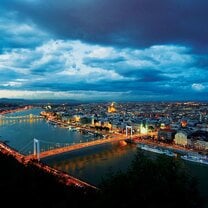 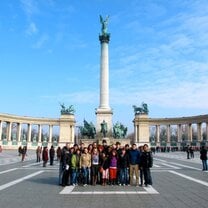 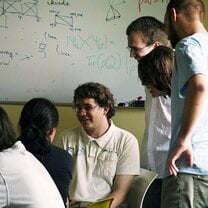 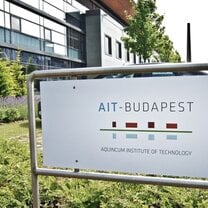 Semester Study in Hungary with BSME

This is definitely not a cultural study abroad program, however the option to study Hungarian Language and Culture provide some opportunity for motivated students to fill this gap. Beyond that, the has some incredible professors/courses and some flops. If possible, talk to a recent grad of the program to see which are worth taking. On the whole, the program isn't particularly taxing, though it can be if enough courses are taken. This goes back to the cultural aspect of the program – most social experiences must be self-inititated. That isn't to say they can't be awesome, but for some that is a possible red flag.

AIT Budapest was an awesome experience. The academic program was well organized, and the city was always great to explore. Getting around can be a bit difficult at first, but very easy to get the hang of.

What would you improve about this program?
I ask that the Computer Vision course give a full number of credits, as it was quite challenging and required more hours than expected.
1 person found this review helpful.
Helpful 

I participated in the summer term and had a very enjoyable and informative experience. The mobile software development course was both interesting and useful. We produced a lot of examples that demonstrated the best practices for each platform. The support staff made themselves available. Budapest is a fun city with great (and cheap) nightlife. Housing was made very simple. I was very pleased with my experience.

What would you improve about this program?
I would have liked more programs organized by the support staff for the whole group. It would have also been nice to have a better sense of things to bring, such as a mobile phone with a sim card that could be switched out, adapters that would fit in the sockets (not all adapters are created equal...) and other small things that like, which help things run a little smoother.
1 person found this review helpful.
Helpful 

I had a great time at AIT. It's a small program, so it's easy to get to know everyone really well.

Course-wise, I was pretty pleased with my classes. They were all really interesting and not the kind of thing I would have been able to take at my home school. The professors were all great. More importantly, the classes weren't so difficult that I couldn't take weekend trips around Europe on a whim.

Budapest is an amazing city, and our apartments were right in the middle of the city, which was fantastic. If there is one thing I regret about my stay, it's not taking advantage of all Budapest has to offer. There were a few weekends where I stayed in and did work or something. Don't make my mistake.

For me, the highlight of the program was definitely the coordinators. They are all wonderful people who put a huge effort into their jobs, from spending a few hours with me when I flew in to help me get situated to arranging for a lot of awesome things for us to do like a weekend trip to Lake Balaton or entering us into a rowing competition.

What would you improve about this program?
This is my fault, but I really wish that I had made more time to do the touristy bit and learn more about the history of Budapest.

I also would have like to spend more time with Hungarians. The time I did spend with them (students, coordinators, and friends) was awesome, and I wish I could have done that more. It would be nice if AIT did more to facilitate that, especially at the beginning of the semester.
1 person found this review helpful.
Helpful 
Read my full story

Great balance of academics and free-time/culture. You can take as easy or as challenging a course-load as you like, and the professors are truly top-notch. The AIT staff are also incredibly helpful, and really welcome students into the program and Budapest. I couldn't have been happier with my time at AIT!

What would you improve about this program?
The location of the school -- it's about a 30-40 minute commute from the city center (but totally worth it!)
1 person found this review helpful.
Helpful 
Read my full story

I initially chose AIT because I'm a Comp. Sci. Major, and this is one of the very few study abroad programs that fill core requirements in my major. AIT does offer some pretty serious core and upper level CS courses, as long as dual enrollment with a pretty prestigious math program. The professors are extremely qualified in their topics. I definitely got plenty of the 'study' part of 'study abroad' done. This isn't a cookie cutter 'see the world first and learn on the side' program like many of the other seem to be. With AIT you'll be putting down about the same work load that you would be at home.

That isn't to say that there isn't any time for travel! In fact, there were people traveling every single weekend we were there. There's very easy access to Eastern and Central Europe, and Western Europe is just a (comparatively cheap) hop, skip, and a jump away by Ryan or Wizz Air.

I didn't really know what to expect about Budapest, or Hungary before I got there, but I discovered that the city and Hungarian people are great. There's a lot to do in the city during the day and night, especially when the weather's nice (lots of really cool beer garden, 'ruin' pubs, and dance clubs). On sunny days its great fun to just hang out on the beautiful and bustling Margit Island, wander up to the Buda Hills to get a great view of the city, or just sit at a Kávé Ház (coffee house) and read. There are lots of great and beautiful cultural sites around the city, and you'll get to know them pretty well. I, for one, did not become a huge fan of Hungarian Cuisine (your mileage may vary). Luckily there are tons of restaurants in the city of other cuisines if you're of the same mind.

The staff here are absolutely fantastic. I really can't say enough about how great they were when I was there. They're a close knit bunch that have a great infectious chemistry. A lot of fun to be around, and extremely helpful in times of need.

My day to day schedule was usually getting up around 8am, hopping on the metro + bus connection to get to the campus for 9am classes(they house you in the city center where there's a lot going on, but the campus is actually in a really nice, but more suburban, tech office park). Usually I and the rest of the students that have class on a particular day would just chill in our lounge between classes and for lunch and study or play games, etc. I'd say that most people would stay until the end of the day, regardless of if they had classes all day or not. Everyone gets to know each other pretty well in that sort of environment. Weekends usually consisted of traveling around Europe, or the occasional AIT sponsored outing (weekend trip to Lake Balaton, bike tours, rowing competition, etc.), cultural events (Opera, symphony, ballet, etc.), or just meeting w/ other students at a pub to hang out. Plenty to do!

What would you improve about this program?
I think they could perhaps arrange a few more typical 'touristy' events at cultural sites. Living in the city kind of makes you postpone seeing things a tourist might, simply because you've got plenty of time to do them. I found that that 'i've got plenty of time later' mentality turned into me just barely grazing the surface of some of the history and culture that Budapest had to offer in the long run.
1 person found this review helpful.
Helpful 

Why did you decide to study abroad with AIT-Budapest?

I don't speak any languages other than English and my school doesn't offer a lot of hard-core computer science classes. AIT offers both-- in addition to a slightly later application deadline which was perfect! Hungary is well known for the quality of its mathematics education (which I thought might also apply to CS). I also wanted to get a unique cultural experience, and I thought that I would have better luck outside of Western Europe.

The first time I ever had to pay rent and cook for myself was in Budapest. In this sense, I became much more independent. It's nice to know that I can live on my own in a country where I don't speak the language and survive.

I met a lot of great people and hopefully, I'll be able to stay in contact with them in the future.

Academically, I found the classes to be interesting and very different from what I would have at my home school. Hopefully, the classes will give me a new perspective on problems I tackle in the future, but that remains to be seen.

AIT was established in 2007 by the successful Hungarian software entrepreneur, Gábor Bojár, to provide an exceptional study abroad experience to North American undergraduates in IT fields. AIT received its accreditation through Budapest University of Technology and Economics (BME), which is one of the largest universities in Hungary, and was... END_OF_DOCUMENT_TOKEN_TO_BE_REPLACED 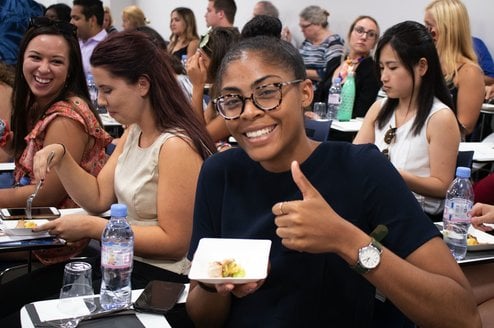 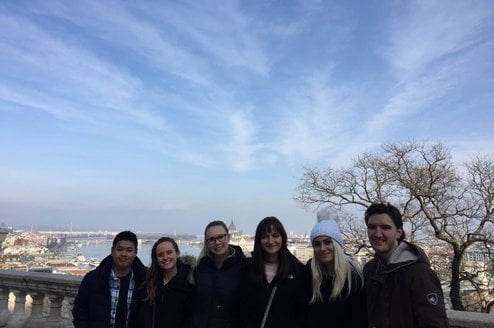 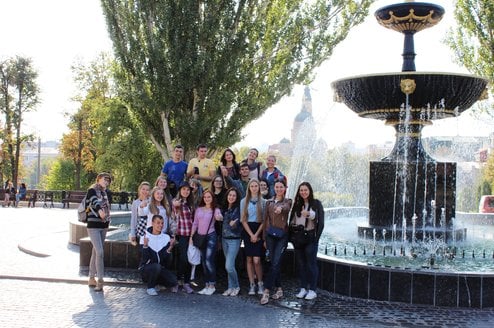 Multiple Countries
9.33 •3 reviews
7 cities, 5 countries in one semester with THE MOST AFFORDABLE program...
View Program