In 2017, Norway won the coveted title of Happiest Country on Earth. A high GDP, low crime rate, social and gender equality, excellent healthcare, and a long life expectancy all contribute to making Norway a fantastic place to travel to and live in.

But what about studying? With a population of around 600,000, Oslo is smaller than most capital cities worldwide. However, despite its small size, Oslo offers an amazing range of options for those looking to study overseas.

Oslo has 12 universities and state colleges, and dozens of private educational providers. There are also opportunities to study at one of the many Centers of Excellence in Norway, which cover a huge range of topics. Given Oslo's cultural reputation, it's an excellent choice of studying the arts and humanities. The proximity of the city to the great outdoors -- and strong support of scientific pursuit in its educational institutions -- also make it an ideal place to study science and technology.

Oslo is a city that offers a fantastic standard of living, great food and nightlife, and beautiful scenery. While the Norwegian culture is fairly easy to integrate into, there are a few things you should know before studying in Oslo.

Oslo locals will probably greet you with slight bemusement. While they know that they live in one of the world's most beautiful cities, it's a city of such extreme weather changes that it's often viewed as being located at the end of the earth!

Residents of Oslo are friendly and supportive towards students who have sought to study in the slightly far-flung city. English is widely spoken, and people will be more than happy to test their skills -- or even let you practice some Norwegian.

Oslo also conjures up images of snow and ice. This isn't entirely true. In Oslo, average winter temperatures tend to stay at -4.C (24.8.F) or higher, with a crisp (but sunny!) summer period to enjoy.

Like most areas of Scandinavia, it can take a little bit of time for the locals to warm up to you. Once you are in, however, you will have made friends for life. This is important when you consider that Oslo is a city with a pretty grim winter. The days are very short and there is little or no natural daylight.

However, local people are used to this, and happily spend the long evenings indoors enjoying each other’s company in a koselig (cosy) manner. If you are feeling a little lonely or overwhelmed, most universities offer support networks, or you can register to be a part of the Life in Norway ex-pat community or join the International Club of Norway.

One of the hardest things about studying in Norway is the cost. Living in Oslo is very expensive for students. The good news -- which we will cover later -- is the availability of low or no cost study. This means you just need to make sure you have enough money to support your lifestyle.

Norwegian people love the outdoors. There is a special law in Norway called allemannsrett, which allows everyone access to, and passage through, "all uncultivated land in Norway." Make the most of this during summer by enjoying the wilderness and Oslo Harbor, and in winter, take advantage of the wonderful cultural offerings of the city, many of which offer low cost tickets to students. There are also a number of interesting museums and galleries in Oslo which are free for everyone to visit.

While it's easy to find courses in English in Oslo, it always helps to learn a bit of the local lingo. Take the time to learn some Norwegian before you move to Oslo, and it will be gratefully received by the locals. If you aren't big on eating meat and fish, you'll also need to consider that these are the staples of the Norwegian diet.

Eating out in Oslo is very expensive -- around $70 for two in a reasonable restaurant -- so students are best to scout for cheap groceries at local stores like REMA 1000 or Ultra and cook for themselves. The tap water, however, is some of the best in the world. Buy a reusable bottle and save yourself hundreds of dollars each year.

Oslo offers a huge range of options for English speaking students, and with the low cost of education, this makes it a far more attractive prospect for study than many other European capitals. However, housing costs and transportation is expensive. Below, we cover the basic course types you are likely to find in Oslo, plus approximate budgets for housing and transportation expenses.

You have a few different options when studying in Norway. You can choose to enroll directly at an educational institute, which is likely to offer you a more immersive experience of study. You might like the security and comfort of registering through a third party provider, who will provide you additional support - this may be helpful if you have never gone overseas for study before. Finally, you may choose to go with a direct exchange, which offers an option somewhere between direct enrollment and a third party provider.

Demand is very high for accommodation that is suitable for students. You should make sure you arrive well before your course starts, as it gets more difficult to find accommodation once the academic year is underway. You can expect to pay from $730 to $1,800 a month for accommodation, depending on whether it is shared housing or a small studio apartment. Only a small number of students tend to live on-site at tertiary institutions, which adds to the difficulty of finding reasonable accommodation.

Oslo has a fantastic public transportation system. Full time Oslo students can get discounted rates (around 40% off the adult price) on the metro and public buses when purchasing 30 day tickets. If you want to save some extra money during the summer, invest in a bicycle. When the weather is pleasant, this is the best way to get around - along with walking - and will help offset the time spent indoors in the winter months!

Norway, and in particular Oslo, is one of the more expensive options for study in Europe. When considering studying in Oslo, there are a few factors you will need to take into consideration -- including the cost of living and amount of work you can do while studying.

However, there will still be fees payable by students. You will be required to pay a registration fee of about NOK550 ($70) per semester, and textbooks and materials will often add up. If you are an exchange student studying for only part of the year, you may be exempt from paying the registration fee. Private tertiary institutions will often charge fees to international students, so start your search with the public institutions if cost is an important factor.

Students from nations within the European Economic Area (EEA) and the European Free Trade Association can study in Norway for up to 90 days without applying for a student residence permit. However, if you are from a country outside the EU/EEA and want to study in Norway, you need to apply for this permit. Generally, you apply for this permit through a Norwegian Embassy, where you'll be required to supply proof of enrollment from your educational institute, evidence of insurance, and evidence that you have sufficient funds to support yourself.

You can find more on the student visa requirements for Norway at the Norwegian Foreign Affairs website.

Can You Work While Studying in Oslo?

In order to get a part-time job while studying in Norway, students from outside the EU need to get a work permit. To get this permit, you will have to submit a statement from your educational provider confirming that seeking work will not impact your studies and a letter from the employer confirming a job offer.

Students from within the EU do not need a work permit, as permission to work will be granted along with their residence permit. In either case, you can work for up to 20 hours per week during term-time, and full-time during the semester breaks -- a great way to support your living costs.

In Norway, there are a small number of government-funded scholarships available to international learners, but students are generally encouraged to seek grants in their home countries. It can also be useful to contact educational providers directly to enquire if they offer any scholarships for study. 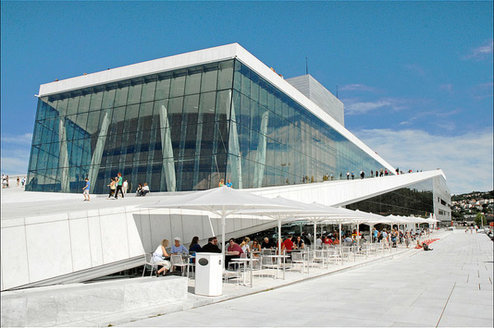 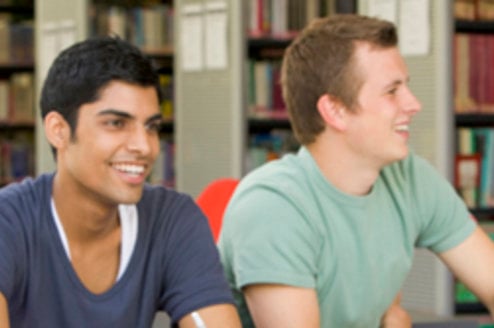 The University of Oslo's International Summer School is a great study... 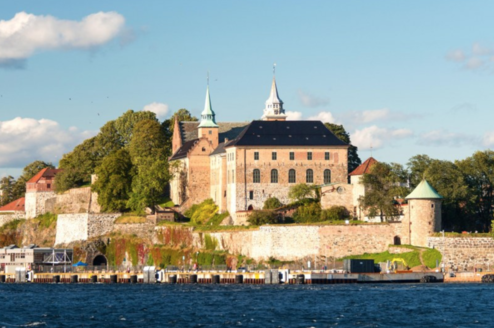 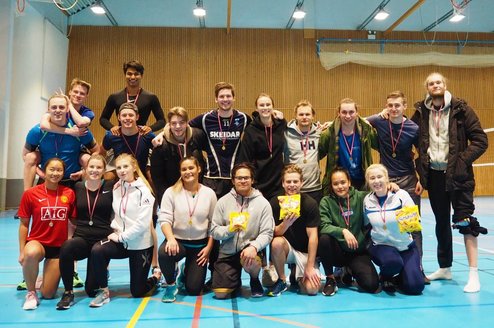 Are you interested in learning more about international issues and... 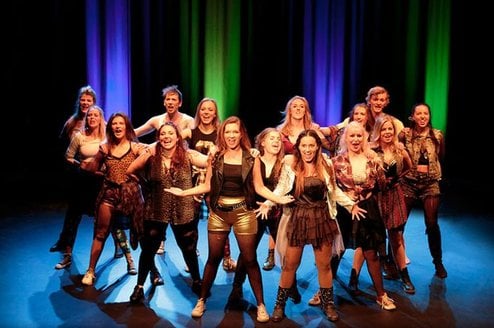 The bachelor degree in music theatre is a continuous 6 semester study... 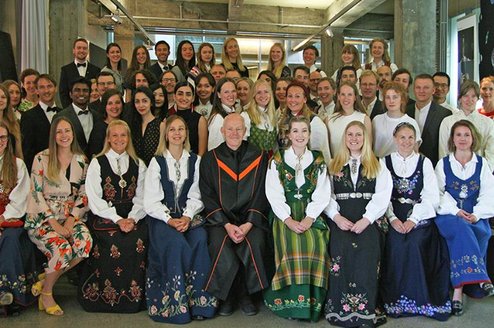 Wishlist
The Oslo School of Architecture and Design

Instruction within the architecture program occurs within the studio... 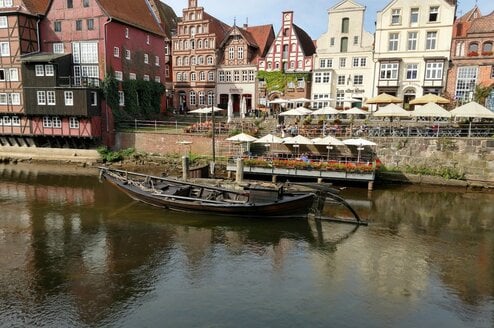 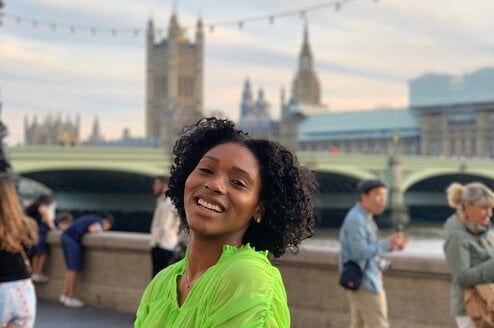 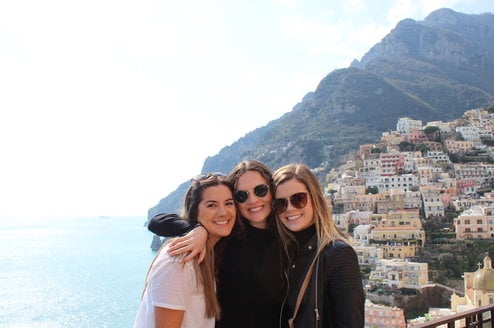