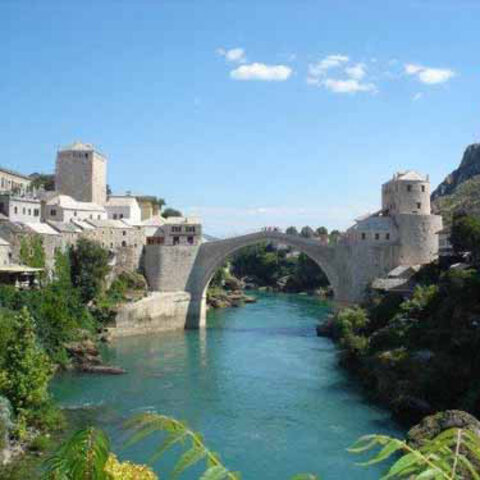 Examine peacebuilding, post-conflict transformation, and the impact of international intervention on state formation, human rights, and transitional justice in the comparative context of Southeast Europe. Work with professional journalists to produce a full-length print or broadcast feature story on a topic related to the theme of the program.

Major topics of study include:

Peace and conflict studies: theory and practice in the Balkans
Serbia, Bosnia-Herzegovina, and Kosovo in the 1990s: international sanctions, the 1999 NATO bombing, the Dayton Agreements
A comparative look at history, conflict, and post-conflict transformation in Serbia, Bosnia, and Kosovo with focus on state-building and peacebuilding processes
A comparative look at international intervention and state building in the Balkans prior to the conflict in the 1990s and current international interventions in Syria and Ukraine

I had an exceptional experience studying abroad with SIT Balkans. When I was searching for study abroad programs I was drawn to SIT because of their focus on immersion and experiential learning, which the program in the Balkans certainly provided. The program is based in Serbia, but there were also excursions to Bosnia and Herzegovina, as well as Kosovo. While living with a home stay family in Belgrade I felt truly immersed in the city - which is fascinating in and of itself.

One of the reasons I loved the program is that I was able to feel immersed and comfortable, while at the same time have an experience where no day was quite like the next. However, my typical day in Belgrade would involve going to classes in Serbian language and Peace and Conflict Studies with other students in the program, often times after class we would go to a cafe in the city or spend time with our home stay families.

As well as classes in Belgrade, the SIT program also requires an Independent Study Project as part the curriculum. Although the project seemed daunting at first, to leave the program with a unique project that I completed independently was an incredibly valuable academic experience, and one which I know I will be able to draw on in the future.

Program
SIT Study in the Balkans: Peace & Conflict Studies
Brigitta grew up in Fairfield, CT and is a currently a senior Religion major at Bryn Mawr College. She traveled abroad with SIT study abroad during the spring semester of her junior year, from February to May 2013.

What is one piece of advice you'd give future SIT students? 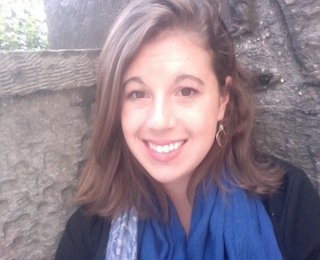 Brigitta: One of my favorite things about SIT programs is their emphasis on immersion and their experiential approach to learning. The program in the Balkans provided the framework for really getting to know Belgrade, the city where the program was based, and I would encourage any future students to challenge themselves and to approach every experience with an open mind. Belgrade is an amazing city, with a lot to offer, so take advantage of opportunities to meet people. If there’s an interest you have at home don’t be afraid to seek out ways to pursue it while abroad. For instance, I’ve been playing field hockey for almost ten years at home and was able to practice with a local men’s club team while I was in Belgrade. So take the time to get to know the city, explore, and feel at home.

Brigitta: The size of the group is relatively small, when I went there were only thirteen of us – so that meant the class sizes were small and students got to know each other well. Academically, the program was challenging but not overwhelming, and the readings tied in well to class excursions and the themes of the program. One of the main academic components of the program is an independent study project (ISP), where students chose a topic to explore and research for one month. My personal project was focused on the reconstruction of a mosque in Bosnia and Herzegovina, and I spent one month living there with one other student from the program. Although the project seemed a bit daunting at first, by the time I started the research I felt well prepared from the classes I had taken in Belgrade. The ISP also offered the unique opportunity to conduct independent research as an undergraduate. 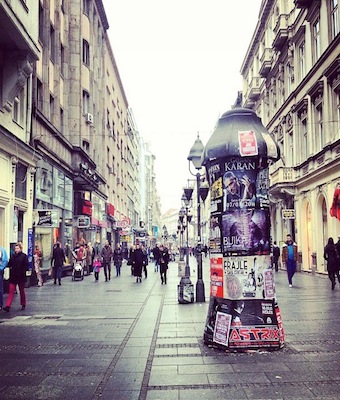 Brigitta: I absolutely loved living in Belgrade. While I was in the city I lived with a homestay family who truly exemplified the culture of hospitality that I found throughout the region, plus the food was spectacular. In articles about Belgrade and Serbia in general I’ve come across the phrase “undiscovered gem,” which is entirely fitting. I did not come across too many tourists while in Belgrade, and felt that I discovered something new each day I spent in the city. Belgrade has a vibrant café life, and one of my favorite things to do was to sit in a café for a bit with an espresso before class (and after class)…actually one of the first things I learned how to do in Serbian was order coffee! Overall, living in Belgrade was a wonderful experience, and I hope to return some day soon.

Did you run into a language barrier?

Brigitta: I did not know a single word of Serbo-Croatian before starting the program; fortunately language lessons were a major component of the program’s academics. I ran into occasional language barriers over the course of the semester, more so when I was out of Belgrade. For the most part, getting around was not difficult and as the semester progressed it became easier to communicate, even if it was only having a basic conversation in Serbo-Croatian. I had studied languages in school prior to the program but had never had the opportunity to study a language as intensively as Serbo-Croatian, and living in Serbia definitely encouraged me to try and learn as much as possible.

Brigitta: Yes, my experience with SIT has without a doubt changed me as a person. The academics of the program were focused on not only in class lectures, but we were also introduced to people involved in local politics and peace building in the region. Many of the people we met were incredibly inspirational and shaped not only my time in the Balkans but the type of work I want to do in the future.

END_OF_DOCUMENT_TOKEN_TO_BE_REPLACED 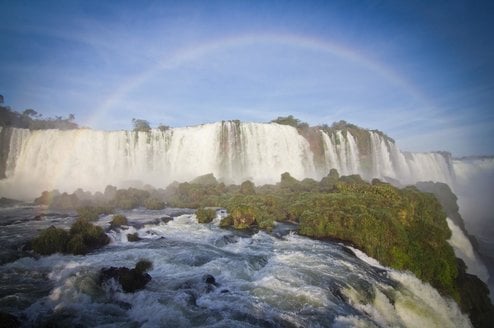