Greece combines all of the charm of ancient ruins and traditions with the perks of the modern age. Choose a peaceful small town or a thriving metropolis; Greece has both. The capital city of Athens has 3.2 million people and an unmistakably unique atmosphere.

Even with the economic problems, people are still moving to Greece. The beauty of the country and the Greek lifestyle is what attracts ex-pats from all over the world. Greeks are strong believers in ‘Don’t live to work, rather work to live’ and, like other Mediterranean countries, an appreciation of good company and good food.

So brush up on your Greek alphabet and take the plunge into the vibrant Greek culture. Taking the opportunity to teach in Greece will change how you live your life.

In order to teach English in Greece, most teachers will require TEFL certification, a university degree, and native English proficiency. The average salary for teaching in Greece is $500 - $1,000 per month.

Teaching jobs in Greece are usually year-to-year positions. You might find a place to work for a few years, but your contract would still be renewed yearly. The teaching contracts follow the school year, September through June. Thankfully, most TEFL programs do help their alumni find new positions or the school might be kind enough to point you in the direction of advertised positions if they decide not to keep you for another term.

Most positions will be in public or private schools, working with any grade level. These are the jobs that your TEFL program will help you find. Additionally, there are usually opportunities to give private lessons. Your program and/or school employers could help you figure out where to look for those. Private lessons are mostly made up of students who need extra help or businessmen who have some international work. If you are living in a smaller town, there may not be as many people looking for private lessons, but in the cities, you should not have too much trouble.

When and Where to Look for Jobs in Greece:

The easiest way to find a job teaching in Greece is through a TEFL program. These programs will train you (usually in the country you want to work in), certify you, and often help you find a position somewhere. There are several TEFL programs in Greece and are located in most of the major cities. Most likely the position would be in one of the major cities in Greece or a mid-sized town.

You should be looking for positions in the springtime. Greece’s academic calendar is just like that of most countries, September to June, so they will hire during the spring and early summer before the approaching school year. It’s unlikely to find anything if you wait until July or August because those are prime vacation months and few Greeks will respond to emails while on vacations.

Greece has very common requirements for teaching English. You must be a native English speaker, have a university degree, and be certified in TEFL. However, they do not require any particular degree (though Arts & Letters is preferred) and there are rarely any requirements on your level of fluency in Greek.

To get a teaching job in Greece, you will need a visa. This mostly relates to the fact that you will be staying for longer than 90 days. You will need a valid passport, the visa application, tax and bank forms, travel insurance, and a letter from your employer that confirms your position and your salary. For the full list, visit the Greek embassy’s website.

Salary & Cost of Living in Greece:

Depending on what type of school you work in, but especially on which city you work in, you might be paid anywhere from $650 per month to $1200 per month. This is a fair salary that is typical across Europe for this type of position, though a little lower than some. It may sound like a small amount of money for some, but it is definitely enough to break even while living and teaching English in Greece. And if you budget a few things, you should be able to set aside a small amount to save.

Housing costs vary depending on which city you live in Greece. On average though, a small studio or rented room might start as low as $200-250 per month and most apartments start around $350 or $400 per month. This would be your largest expense by far living in this beautiful country, but there is one way that you might even be spared that cost.

Some schools provide housing as part of the contract. This is definitely something worth investigating because the apartments, while nothing spectacular, are usually decent. Having your rent covered by the school would cut down your cost of living immensely.

Food is average to cheap in price, though you will find certain products do cost a bit more (compared to other Greek food, not prices elsewhere). If you eat in a lot and favor a Mediterranean diet (lots of produce and grains, meat only 1-2 times a week), groceries could be as low as $200 per month. Eating out doesn't cost a lot at most restaurants, especially at souvlaki bars and tavernas, but it will still cost more than cooking for yourself.

You will be expected to keep things professional at work, though that doesn't mean it’s uptight in any way. Greek businessmen dress in suits or business casual for work. Business casual is fine for most schools. Having a traditional background, Greeks will expect women to always have their shoulders covered and skirts/slacks to at least the top of the knee at work, and for men to always be wearing slacks, never shorts.

Greece does not have nearly as many English speakers as some other Westernized European countries, so it will help to gain a little familiarity with the Greek alphabet for reading signs. When you pass someone, if you make eye-contact, you are always supposed to saying ‘hello’ or ‘good morning/evening.’ If you don’t, it is considered very rude.

To help improve your Greek, you could try working with one of your advanced students. Find one of the students who wants extra help after school and see if they will teach you Greek while you help them with English. 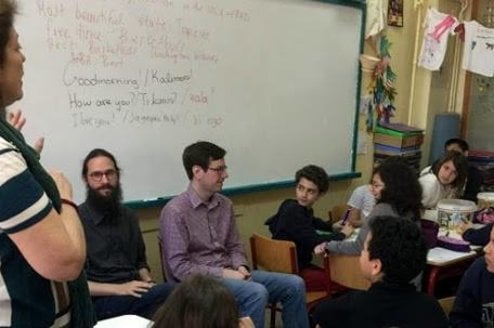 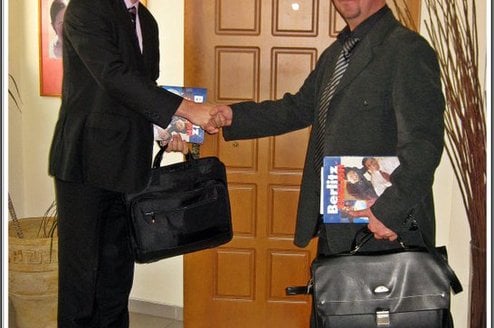 Teaching Jobs with Berlitz in Greece 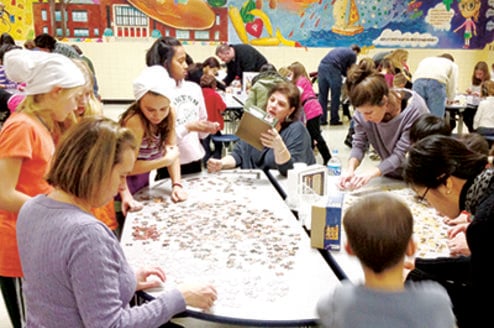 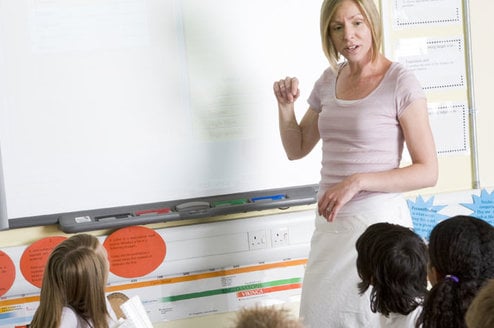 Greece
PAGOSMIO, established in 1978, has offered a variety of educational...
View Program 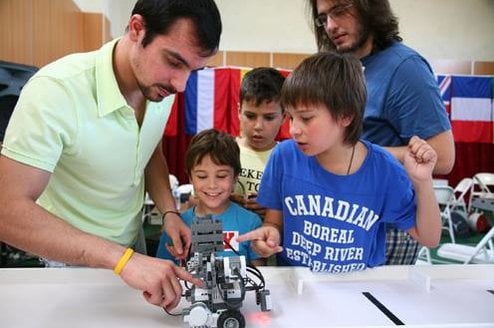 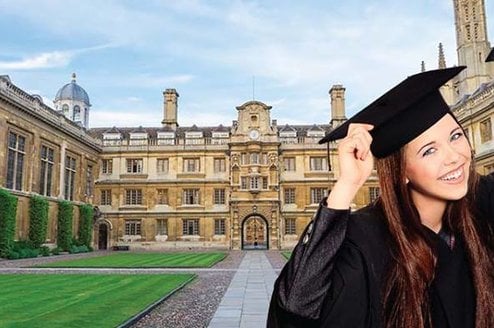 Greece
The Real Centre of English opened in September 2009, and how operates...
View Program 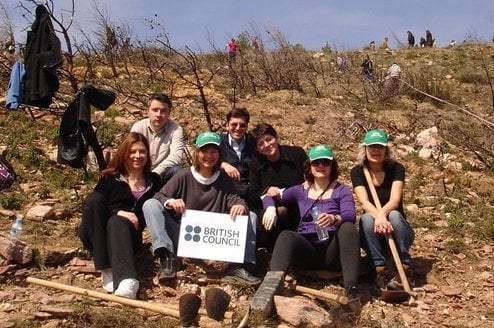 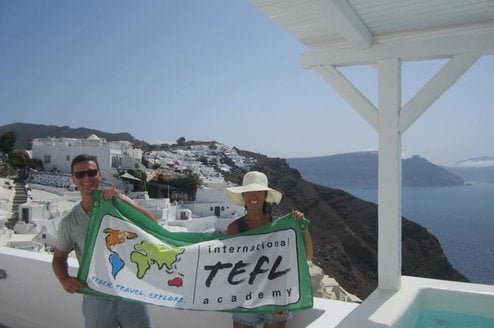 Get TEFL Certified in Greece & Teach English in Europe in 2022

Greece
Want to get paid to travel the world? By earning your accredited TEFL...
View Program Greece
ITTT’s in-class TEFL courses in Greece give you a fantastic...
View Program 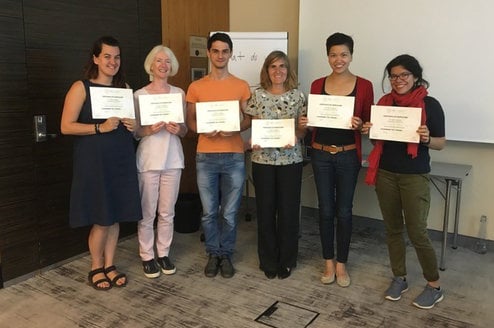 Multiple Countries
9.51 •37 reviews
At the TEFL Academy we only offer one course because we want all our...
View Program 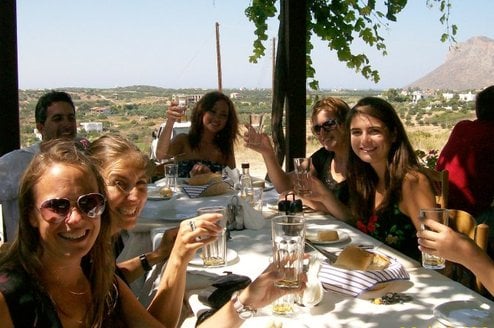 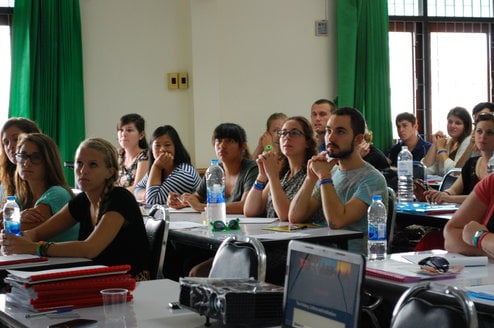 Greece
Learn to teach, travel and make a difference in Greece! This is not...
View Program 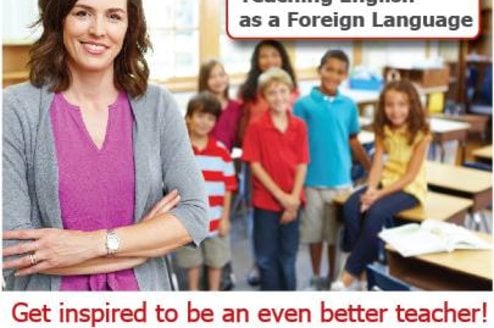 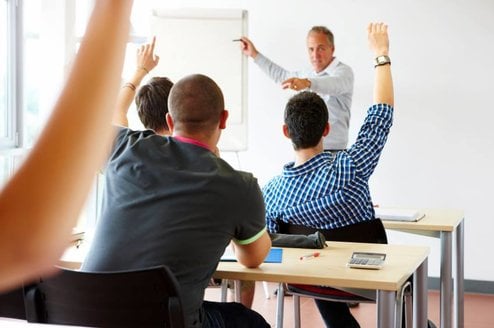