VFP Volunteers on a project in Italy

Volunteers For Peace is a non-profit organization, founded in 1982, that offers placement in over 3,000 voluntary service projects in more than 100 countries. Each year we provide almost 1,000 volunteers with invaluable opportunities to strengthen their ability to communicate in diverse groups, explore grassroots leadership opportunities, and build cultural understanding and connections around the world.

What kind of projects do volunteers do?

Projects volunteers do include the conservation of forest and biodiversity, creating a new areas for the center, helping with kitchen, meal service (tables and dishes), cleaning, maintenance, bartending, babysitting, etc, depending on the project they choose.

Is the whole trip paid for? Or do I have to pay my way?

VFP's placement fee is always $500 ($650 if you are under 18 years old) and must be paid at the time of registration. If they can't place you, they'll refund you for free. Your registration covers placement, food, accommodation and work materials for your program. Volunteers arrange and pay for their own transportation to and from the project. Visit https://vfp.org/ for program dates!

...And I ended up in the emergency room, but not because I injured myself "on the job."

It was about midnight when I realized I needed to go to the hospital, and woke our volunteer coordinator to let her know. (At best, I speak about 5 words of Italian. Clearly, I was going to need her help.) We ventured out into the main square of our tiny town in Umbria to find a cab but there were none. She asked a passerby where we might find one. He responded by putting us in his car and driving us himself.

My care at the hospital was excellent -- my volunteer coordinator translating every word, while the nurse practiced her little bits of English. Upon leaving, the hospital informed me I owed them a mere 25 Euros. And...could I come back and pay tomorrow? They couldn't accept my money at the time.

The next day, I gladly returned with another staff member, and 25 Euros. What could have been a frightening experience -- sick overseas -- turned into an unexpected exploration of a foreign health-care system, amazing treatment at a fraction of the cost I would expect to pay at home, and compassionate care by every Italian I encountered that night and early morning. Grazie.

What would you improve about this program?
A greater variety of tasks...and tasks that better connected us to the purpose of the festival. We spent most of our time in the kitchen -- preparing food and serving the other volunteers.

Cutting the ribbon at the opening festival of Altrocioccolato. I received the honor as I had traveled the furthest...

Day off in Assisi with friends from the US, Italy, Russia, Germany and Spain.

My first volunteer abroad program with VFP was to an eco-village in NW Italy, near the border of France. It was absolutely magical! We lived and worked in a newly-restored medieval village and helped the village families harvest olives, tend the groves, gather wood, and do other odd jobs.

On one day off, we took the bus to town and the train to France.. On the other, we hiked to several miles over a mountain top into France and stayed the night in at an alpine hut.

All our meals were vegetarian. Breakfast (as is typical in Italy) was essentially coffee and toast (sometimes cookies). I like a big breakfast, so if I were to do it again, I'd bring a jar of peanut butter! Lunches and dinners were lovely, big Italian meals. Dinner (again, typical in Italy) was served late.. around 8-9 pm.

In this particular camp, we had beds in rooms shared with 2-4 other volunteers. We also had indoor bathrooms and solar heated showers, which is luxurious compared to a lot of other camps. If creature comforts are important to you, I'd advise you to pay close attention to this sort of thing when you are choosing a camp, because accommodations vary widely.

I met some of the most wonderful and interesting people from all over the world. We worked hard during the day and spent our afternoons and evenings cooking, eating, drinking, singing, dancing and forging strong, lasting friendships. I honestly didn’t want to leave when it was over.

I have volunteered in Italy through Volunteers for Peace three times - twice in the south and once just outside of Venice. Each project was a unique experience, but all of them included opportunities to learn about little corners of Italy that I would never have found as a regular tourist. Perhaps most amazing of all were the opportunities volunteers got to meet and work with local people - at one project we were taught the traditional regional dance and went on holiday outings with groups of local people, and at another we volunteered every day with retired Italian men and women. The sense of connection was so strong I felt like I had found a home away from home!

VFP and their partner organizations in Italy were just wonderful to work with. I honestly can't say enough good things about my volunteer experiences with them.

Volunteers For Peace (VFP) is a U.S. based non-profit organization that operates within the global networks of the Coordinating Committee for International Voluntary Service (CCIVS), Service Civil International (SCI) and the Alliance of European Voluntary Service to provide meaningful cross-cultural engagement opportunities all over the world to...

END_OF_DOCUMENT_TOKEN_TO_BE_REPLACED 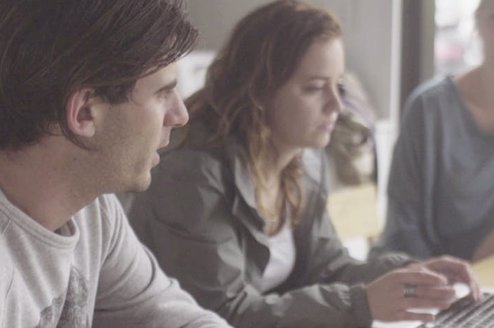 Are you looking for volunteer opportunities where you can help support... 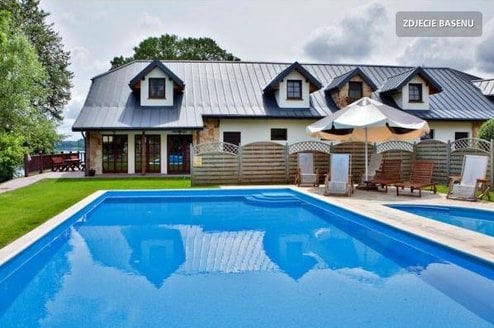 195 reviews
Save to Wishlist
Angloville

Help Europeans improve their English by being a conversation partner... 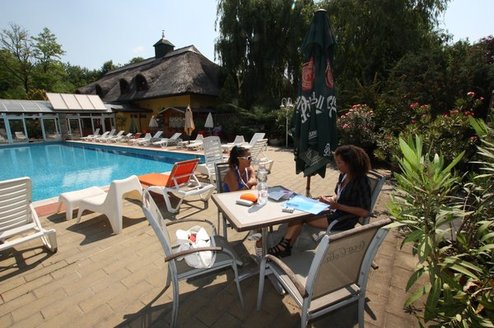 Save to Wishlist
Angloville

Volunteer in Italy and Stay for FREE at Beautiful Resorts

Stay at beautiful countryside resorts with all expenses paid while...