Volunteer in Japan with community-based organizations focused on environmental, agricultural and social issues as well as disaster relief and revival. Volunteer for 2 weeks or up to 3 months - for only $500! Community engagement with local non-profits and people as well as cultural exchange is a key component of these programs. 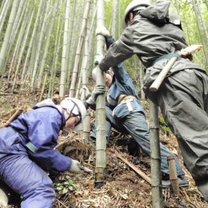 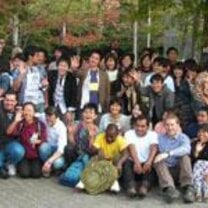 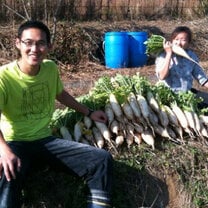 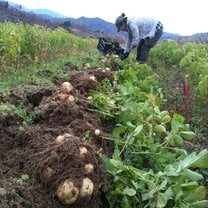 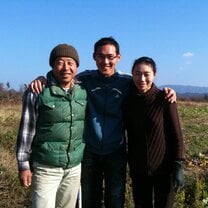 Volunteer at a Sports Camp for Kids in Japan

I recently changed jobs and negotiated a two week gap before my start date. I began looking for volunteer projects with less than two weeks to go before the start date, so I was pleasantly surprised when VFP staff were able to place me in my second choice project.

VFP works with NICE, a Japanese organization which coordinates work camp programs throughout the country. There were a few rough patches in communication between the two organizations (especially around transportation to the camp), but it all worked out in the end.

The NICE work camp was in Kirikiri town, a small fishing village on the northeast coast which was ravaged by the 2011 tsunami. The project involved going into the forest each day to haul cut timber back to the camp and then chop it up for firewood. It sounds like hard work, and it absolutely was. That being said, I had the opportunity to learn about industrial forestry hands on in a way that I never could have experienced in the US. We used a combination of high-tech tools (chainsaws, high-tension cable winches, tractors) and traditional hand tools to move the logs.

As you can see, a lot of work, and a lot of cooking actually. Cooking was rather stressful because although the NICE volunteers brought the food, it was mostly traditional Japanese ingredients. Combined with the short amount of time available for preparing breakfast and lunch, it made meal times very stressful for me.

The best part of the experience was getting to work so closely with the Japanese staff and volunteers. There were about 12 volunteers at the camp, and only two of us were foreigners. Working hard together allowed us to form bonds very quickly, which has always been impossible for me to do on previous trips. The one criticism I would give here was that the language requirements listed on the VFP site did not match the reality at the camp. The site said that both English and Japanese were spoken at the work site. In reality, the staff and volunteers spoke barely any English. This was fine for me (I speak conversation Japanese), but it was a real problem for the other foreign volunteer who I ended up translating for most of the time. The language barrier actually posed a safety problem since the instructions were mostly given in Japanese. You wouldn't want someone to misunderstand instructions on how to use a chainsaw!

Another criticism would be that the equipment recommended on the site didn't match the requirements when I arrived at the work camp. For example, the website said that I should bring steel-toed work boots, but when I got there the Japanese staff actually bought me a pair of what looked like rain boots with a sticky sole (much more effective when leaping from log to log). The good news was that the staff and other volunteers were incredibly generous in getting me the stuff I needed, but I would have preferred to be better prepared.

What would you improve about this program?
Better communication between VFP and NICE (the Japanese work camp coordinator). This would lead to more accurate information on the website, leading to better prepared volunteers and less stress all around.
21 people found this review helpful.
Helpful 

We had a 6 day workweek. Actually this was 2 person (me and the coordinator from NICE) camp for most of the 2 weeks I spent at Kirikiri. On certain days we had other volunteers (from Japan) sleeping in out hut. During the day bus loads of Japanese volunteers from different organizations would arrive to help.
After having breakfast we would prepare the work area for the volunteers who would arrive at about 9 am. Work would vary from gathering wood from tsunami devastated buildings, chopping and packaging the wood for sale as "Revival Firewood", and end at 2:30 pm (this is to give the volunteers not connected with the work camp enough time to return to their home bases). Work for the work campers (all 2 of us) did not end at 2:30 pm. We still had to do stuff like secure the work area, stoke the wood furnace to heat the bath water, and scrub down the bath houses (I did the male bathhouse and the female coordinator did the female bath house) every other day.
On our day off we went fly fishing or gathered edible mushrooms (a professor from the prefectural university was there to insure that no poisonous mushrooms were taken).
I would encourage any VFPer to join this work camp, although he or she may be the only person in attendance from outside Japan.

What would you improve about this program?
Having people from more than 2 countries in attendance.
22 people found this review helpful.
Helpful 

When buying an airfare ticket, in which airport should the final destination land?

Sorry for the delay. The listing on our website (vfp.org) will indicate closest airport. To find a project, follow these 4 steps: 1. Enter your information and preferences on our search page at https://vfp.org/projects/ 2. Select “Search Projects” Any available projects will then appear. NOTE: If there is nothing available to your liking right now, check the website from time to time as new...

Do you provide accommodation for yourself? Or does the organization provide it?

Thanks for your interest in volunteering! Sorry for the delay in answering. Accommodations are provided Volunteers for Peace is a Vermont based nonprofit that has placed volunteers around the world for 36 years. (vfp.org) If you are a US citizen or reside in the US, please visit our website at www.vfp.org and follow this 4 step process: 1. Enter your information and preferences on our search page...

Do you need to know the language beforehand? Is there a translator available?

It looks like you don't need to know beforehand, but have motivation to learn while there!

Do you need any form of previous knowledge about medicine, agriculture, or previous volunteering experience?

Motivation to learn and speak Japanese language, strong motivation for the host are needed. Skills of agriculture or construction can be useful and similar experiences are also welcome.

Program
Volunteer Abroad in Japan with Volunteers for Peace
After seven years of teaching English as a foreign language and coordinating environmental art activities for volunteers in China, Carissa finally decided to move back to the USA, stopping to visit and volunteer in Japan on her way home. 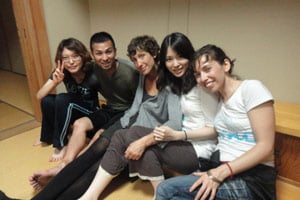 Why did you decide to volunteer with VFP in Japan?

Carissa: I was looking for a short term volunteer program that was working in Japan; I was impressed with the VFP mission statement and breadth of programs, as they matched my specific interests word by word.

Carissa: Mornings were spent preparing breakfast together and packing lunches. After eating breakfast and cleaning up, we would walk to the warehouse for our daily work meeting. Since I don't speak Japanese, another volunteer would sit next to me and help translate. Depending on my daily assignment, I either headed to a daycare site or to the Pear Farm.

Afternoons at daycare were usually full of indoor games and activities. The children we looked after ranged from age 2 - 6. Over at the Pear Farm, the afternoons were hot and humid. We spent time bagging the edible fruit (as a form of pest control) and clearing debris from the irrigation creek

Evenings were spent preparing dinner together, eating, and relaxing. Sometimes we went out to eat or celebrated an arrival or farewell with a party. I also took full advantage of the luxurious Ansen (bathhouse) down the road from our living quarters.

Carissa: I chose a very difficult time to visit Japan, given the early period of its recovery from the 3/11/11 disaster, but as a result that is what will always make it such a unique experience. I met extremely brave and big hearted volunteers that fully inspired me and renewed my faith in humanity

Carissa: My experience working with VFP has connected me with students from the University of Michigan, as I've participated in two international fairs as a representative. I'm now employed with Eastern Michigan University, where I will run afterschool programs for high school students, one of which will focus on international cultures and travel. I will definitely share my VFP experience in Japan with my students.

Volunteers For Peace (VFP) is a U.S. based non-profit organization that operates within the global networks of the Coordinating Committee for International Voluntary Service (CCIVS), Service Civil International (SCI) and the Alliance of European Voluntary Service to provide meaningful cross-cultural engagement opportunities all over the world to... END_OF_DOCUMENT_TOKEN_TO_BE_REPLACED 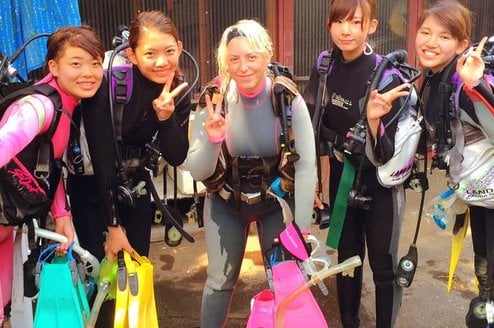 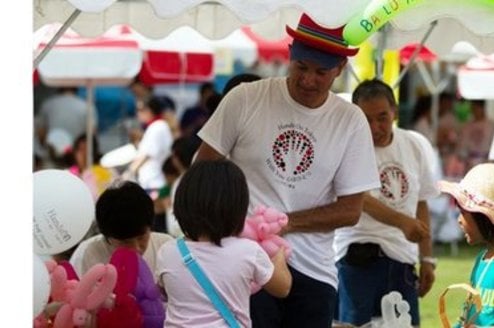 Volunteer in Japan with Hands On Tokyo

Japan
We collaborate with local organizations and support our community with...
View Program 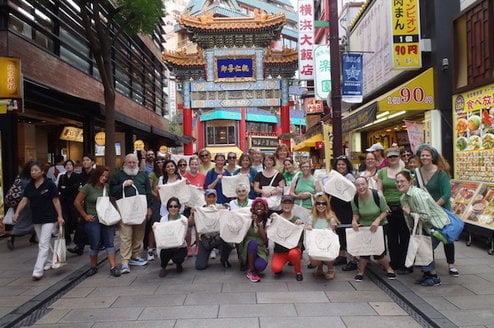